Texas Man Who Handcuffed and Executed 6 Young Children, Including His Own Son, Sentenced to Life Without Parole 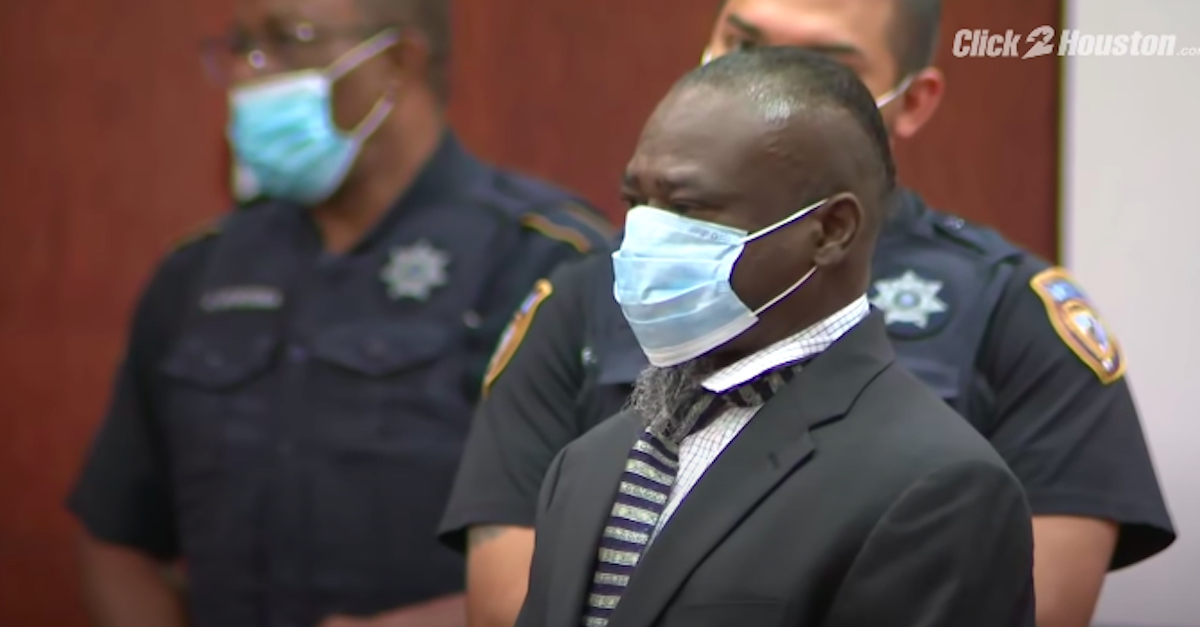 A jury in Houston on Thursday found David Conley guilty of murdering his ex-girlfriend, her husband, their five children, and his own son in series of depraved execution-style shootings in 2015. Following two days of testimony, the 54-year-old Conley was reportedly sentenced to life without the possibility of parole.

Prosecutors charged Conley with three counts of capital murder, including, murder of a child under the age of 10, murder of multiple people and murder in the commission of another felony, in this case, burglary.

Conley did not face the death penalty because he is intellectually impaired.

Deputies with the Harris County Sheriff’s Office responded to multiple calls for a welfare check at the Jackson’s home, located in the 2500 block of Falling Oaks Road, on Aug. 8, 2015, Houston FOX affiliate KRIV reported.

After looking through a window and spotting a child on the floor who wasn’t breathing, four deputies entered the home through an unlocked door, but fled when Conley started firing at them.

A multi-hour standoff ensued before HCSO’s High Risk Operations Unit and Hostage Negotiation Team was able to coax Conley out of the house, leaving behind a grisly scene.

Investigators entered the home and found that each of the eight victims had been handcuffed to something in each of the home’s three bedrooms and shot in the head.

Prosecutors said that Conley purchased the firearm and handcuffs in the days prior to the horrific rampage and broke into the home through a window on the night of the killings, per a report from Houston ABC affiliate KTRK. They said after he forced all the members of the family into the handcuffs at gunpoint, he shot each in the head one-by-one, starting with Dwayne, then moving on to the six children, and saving his ex-girlfriend for last.

When photographs of the deceased victims were shown to the jury on Wednesday, Conley reportedly had “no reaction to the images being displayed,” KTRK reported. The station reported that the images caused several of the victims’ family members to leave the courtroom.

Prosecutors on Wednesday also played jurors a video recording of Conley being interviewed by detectives following the murders, the Houston Chronicle reported. In the footage, Conley reportedly told police that he was responsible for killing the family. He also said that he started the massacre with Dwayne Jackson because he was a “monster” and a “bully.”

He reportedly said his own 13-year-old son, who lived with Valerie and Dwayne, was the first of the children he shot.

“I shot him because he was disrespectful and he was growing up to be just like (Dwayne Jackson),” Conley told detectives.

In a 2015 interview with KRIV, Conley’s estranged wife, Vernessa Conley, said that leaving David was the only reason she was still alive.