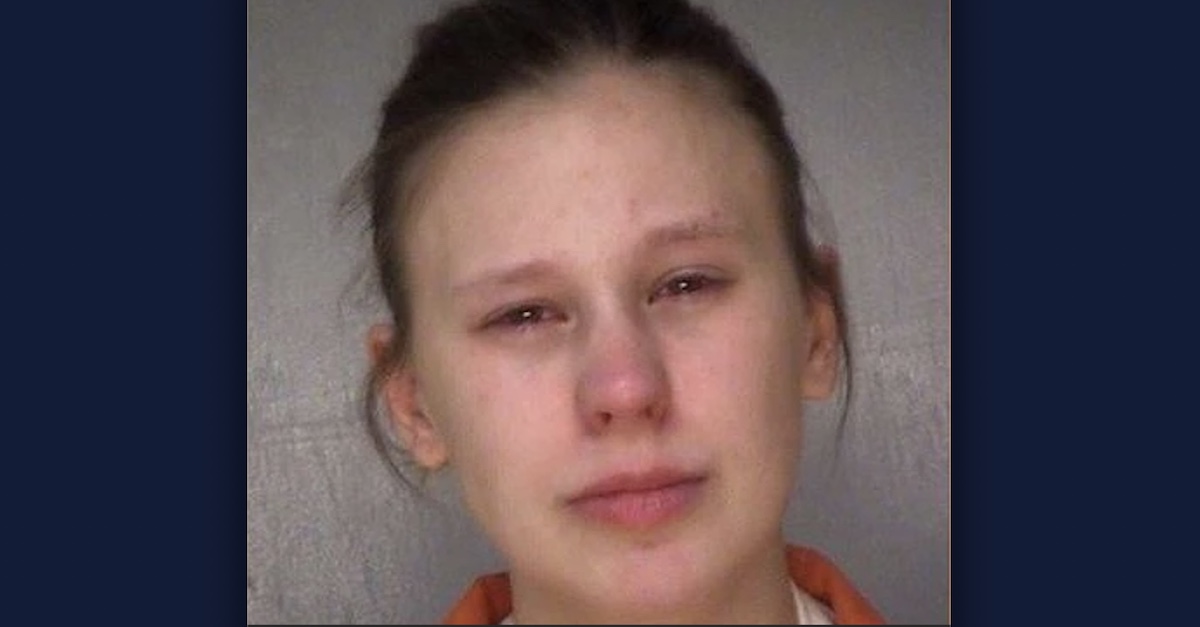 A 25-year-old mother in Georgia will spend more than a decade behind bars after she admitted that she was responsible for the death of her 3-month-old baby. Rebecca Taylor Kipp on Tuesday pleaded guilty to one count of second-degree murder in the death of young Nickolas Bryan and a Bibb County Superior Court judge ordered her to serve 12 years in prison, authorities announced.

Following her release, Kipp will also be required to serve an additional eight years on probation.

According to a press release from the Macon Judicial Circuit District Attorney’s Office, law enforcement authorities on June 11, 2019 responded to a 911 call at Kipp’s home located in the 2800 block of Regina Drive. Upon arriving at the address, first responders found the deceased infant “lying face down on a sofa, where Kipp had placed him hours before,” the release states.

The little boy’s face was reportedly stuffed between two couch cushions in such a manner that he could not have gotten in the position on his own, according to The Telegraph.

“The 3-month-old child was found in a position that he couldn’t have gotten himself into, while on the couch. The infant was found face down, between the cushions,” investigators reportedly said after Kipp turned herself over to authorities in October 2019.

Authorities said that during the investigation into Nickolas’ death, Kipp told detectives “multiple stories” about what happened before she “finally admitted hat she had been frustrated with the child and left him unattended on the sofa while she slept from about 10:00 a.m. until her mother came home at about 1:30 p.m.,” the release stated.

Investigators also determined that Kipp had postpartum depression at the time of Nickolas’ death.

Kipp’s mother, Nickolas’ grandmother, reportedly returned to the home on her lunch break and found her grandson’s lifeless body. She reportedly placed the 911 call.

Investigators were able to obtain data from a motion detector inside of Kipp’s home which reportedly showed that Nickolas had been left on the couch without any supervision for approximately three hours while Kipp was somewhere else in the home. Medical examiners performed an autopsy on the infant and reportedly determined that he likely suffocated on the couch cushion because he was unable to lift up his own head.

“My Office will always go the extra mile to uncover the facts and to prosecute cases involving injury or death to the youngest and most vulnerable, members of our communities,” Macon Judicial Circuit District Attorney Anita R. Howard said in a statement. She also said that the evidence obtained by authorities pointed to Nickolas’ death being a case of “negligent homicide.”