Friends, Family Demand Answers After Teen Whose Boyfriend Was Murdered Was Herself Shot Dead the Same Day She Graduated 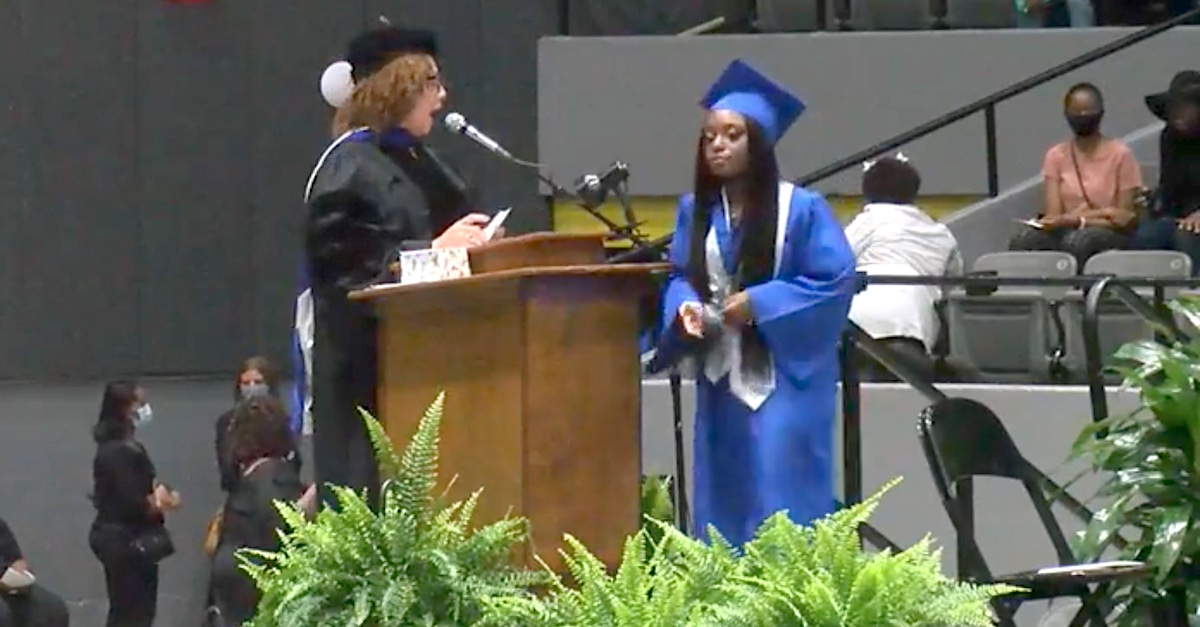 An 18-year-old girl in Jackson, Mississippi, was shot and killed outside a gas station on Tuesday — the same day she graduated from high school.

Video available on Facebook shows Kennedy Hobbs walking onto a stage, removing her face mask, taking her diploma, and smiling for a photograph.  She would be dead approximately twelve hours later at a Texaco on Medgar Evers Boulevard.

Sam Brown, a Jackson Police Department spokesman, told the Clarion Ledger that Brown was shot multiple times and died at the gas station.  Four witnesses were questioned as of Wednesday; no suspects had been named, Brown said. 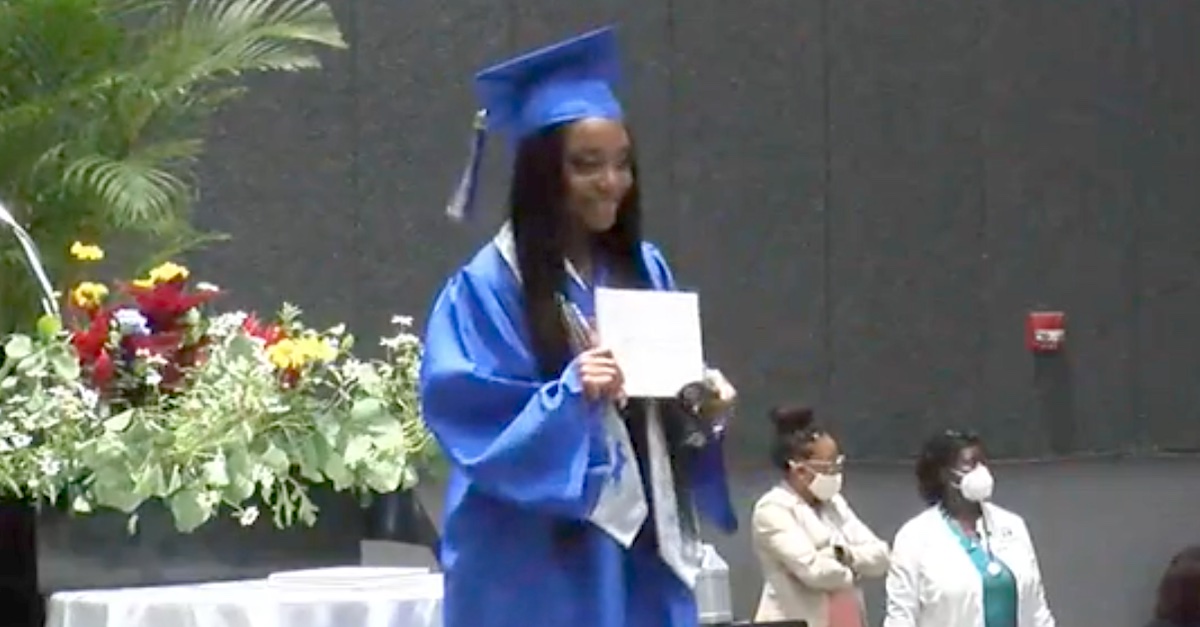 In the hours between graduation and death, Hobbs visited the cemetery where her boyfriend was buried.  He had been shot and killed in April.  Hobbs left her graduation tassel on his tombstone, the Washington Post reported.

TRAGIC: Family members shared with us this photo of Kennedy Hobbs. She was killed last night in Jackson, the same day she graduated high school. https://t.co/Lo8lntlG6R pic.twitter.com/GRLjDPeeD9

Hobbs started her own business, Kaay’s Waxing Bar, when she was 17, a friend said in a different Facebook video viewed by the Clarion Ledger. That friend, William “Napolean” Edwards, said Wednesday at a rally outside the Jackson Police Department that officials had shared nothing with Hobbs’ family about what happened and had not called for outside help in the case, the Ledger reported.

“We have black-on-black crime at such a high rate — no outcry, silence,” Edwards said in a report by local CBS affiliate WJTV. “Our kids can go 10 minutes up the road to a conservative-base community and not have to worry about weapons or anything. It speaks a lot about leadership.”

WJTV reported that the victim was following her sister to a graduation party and stopped at the gas station along the way. The two remained on the phone. An argument broke out, which the victim’s sister heard through the phone. Then, the sister heard gunshots, and “Kennedy never picked up her phone again.”

Witnesses told WJTV reporter Alex Love that two cars opened fire and that Hobbs appeared to have been an unintended target.

UPDATE: Balloons have been placed around the pumps where Murrah High Grad Kennedy Hobbs was killed at the Texaco Gas Station along Medgar Evers Blvd. to honor her life and memories. Witnesses tell us two cars opened fire on one another hitting her multiple times in the crossfire. pic.twitter.com/4bC9SOOWfn

UPDATE: At least six gunshots were fired at the scene as officers work to piece together what happened. The Coroner has arrived and taken Kennedy Hobbs body away for an official autopsy. Hobbs had her graduation ceremony just yesterday. Anyone with info? Call JPD. #FocusedOnYou pic.twitter.com/wmDRZZsTxI

Family and friends said they believed the police department needed assistance in addressing a skyrocketing murder rate in the city.  This year, the newspaper reported that Jackson is likely to pass last year’s murder rate, and a record number of people — 130 — were killed in the city in 2020.  Local NBC affiliate WLBT said 128 people were killed in the city last year; either way, the next deadliest year in Jackson saw 92 murders — and that year was 1995.

Mayor Chokwe Antar Lumumba told WLBT in early January that crime was up nationwide last year and that Jackson didn’t escape the trend.

After Hobbs was killed, the police department attempted to hold a class to teach people how to de-escalate arguments. Nobody showed up.

NO SHOW! @JacksonMSPolice attempted to hold their first “Conflict Resolution” class to teach people how to deescalate situations before guns get involved. But tonight nobody showed up to the 6:00pm class offered at the training academy. They’ll try again June 10th at 6:00pm. pic.twitter.com/OSH8B9n67Q

Dwayne Pickett, the pastor of a local church, said it was time for people to stop fighting with one another and to start fighting for their children instead.

“We’re asking the mayor and police chief who has failed to give us a comprehensive crime plan to tell us something,” Edwards said at the rally outside the police station. “We’re asking for every entity of law enforcement to be a part of this investigation.”

[via screengrab from A Jackson, Mississippi school district graduation video posted to Facebook]