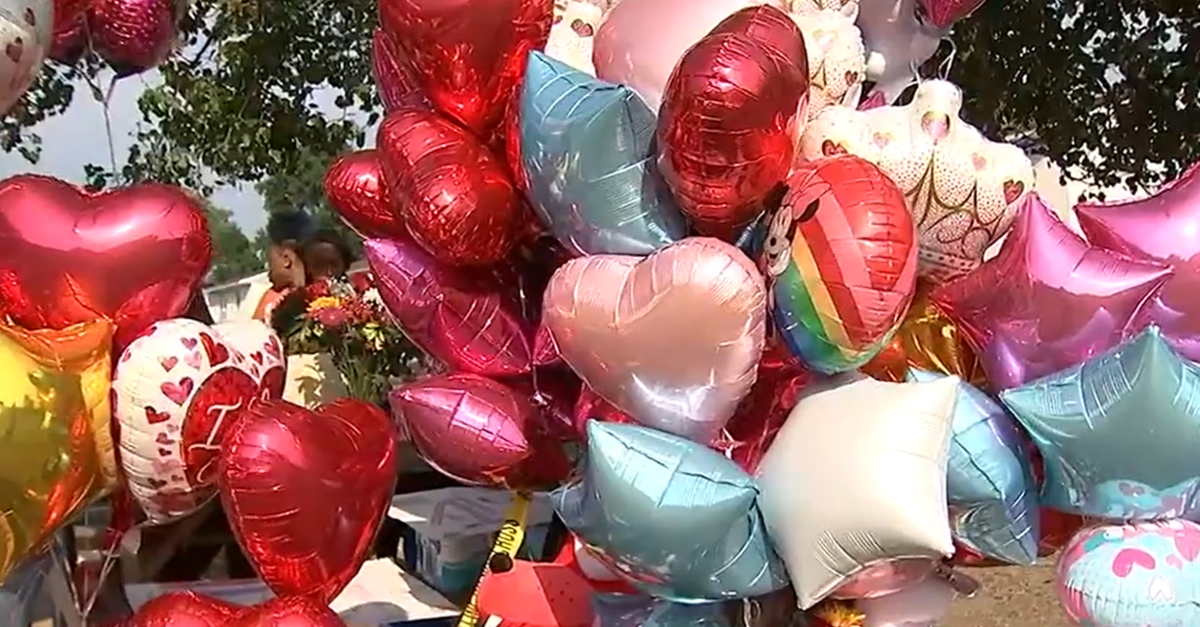 Four men have been arrested for allegedly murdering a 13-year-old girl in a drive-by shooting on Saturday.

The suspects were identified by the city of Monroe, North Carolina as Javon Demontre Robinson, 20, Darius Roland, 19, Jamarius Crowder, 22, and Jamarius McClain. Robinson, Roland, and men by the name of Jamari Crowder and Jamari Davis McClain, 18, (note the first name spelling discrepancy) are in the Union County Jail on a count each of murder, online records show.

The child, later identified in media reports as Loyalti Allah, was sitting with friends at a picnic tables when a black Ford Freestyle SUV drove by, according to the police account described by the city. Someone from inside the vehicle began opening fire at the girl’s direction and sped away, officials said.

CHARGED 🚨 Javon Robinson, Darius Roland, Jamarius McLain, and Jamarius Crowder have all been charged with first-degree murder in the drive-by killing of a 13-year-old girl in Union County. https://t.co/32b8a7oCXj

The Monroe Police Department did not immediately respond to a Law&Crime request for more information.

#BREAKING @WBTV_News Exclusive video of Javon Demontre Robinson being taken to jail by @MonroeNCPolice. He is charged w/1st degree murder in the drive by shooting of 13 yr old Loyalti Allah. Police are looking for at least 2 more suspects. pic.twitter.com/MFwJW3mBgF

(2/2) Monroe authorities are also searching for three others they believed to be involved in the murder. Darius Roland, Jamari Crowder, and a suspect believed to be named Jamari, AKA Half Baby Hood. If you know or see these men, call 911. pic.twitter.com/vkXRquGql8

“I’m sorry for your loss,” Robinson told WBTV as he was escorted in handcuffs, mumbling to the effect of, “didn’t mean for it to go down that way.”

Asked why it happened, he said, “I don’t know.”

It is unclear if the four young men have attorneys of record at this time.

“My baby was at the wrong place at the wrong time, but she was having fun, and she’s gone,” Loyalti’s mother Yvette told WSOC-TV. “Can’t never get that back.”

The grieving mother nonetheless did not voice hatred toward the young men who allegedly murdered her daughter.

“I can’t have hate towards them,” she said. “They babies as well. I’m not saying they don’t know right from wrong.”

GoFundMe and Meal Train campaigns were started on the family’s behalf.