Deborah Barnes Allegedly Killed Herself While Wanted for Child Murder

Foster Mother Wanted for Murder of Toddler Died by Suicide in a Parking Lot Before She Could Be Arrested: Police 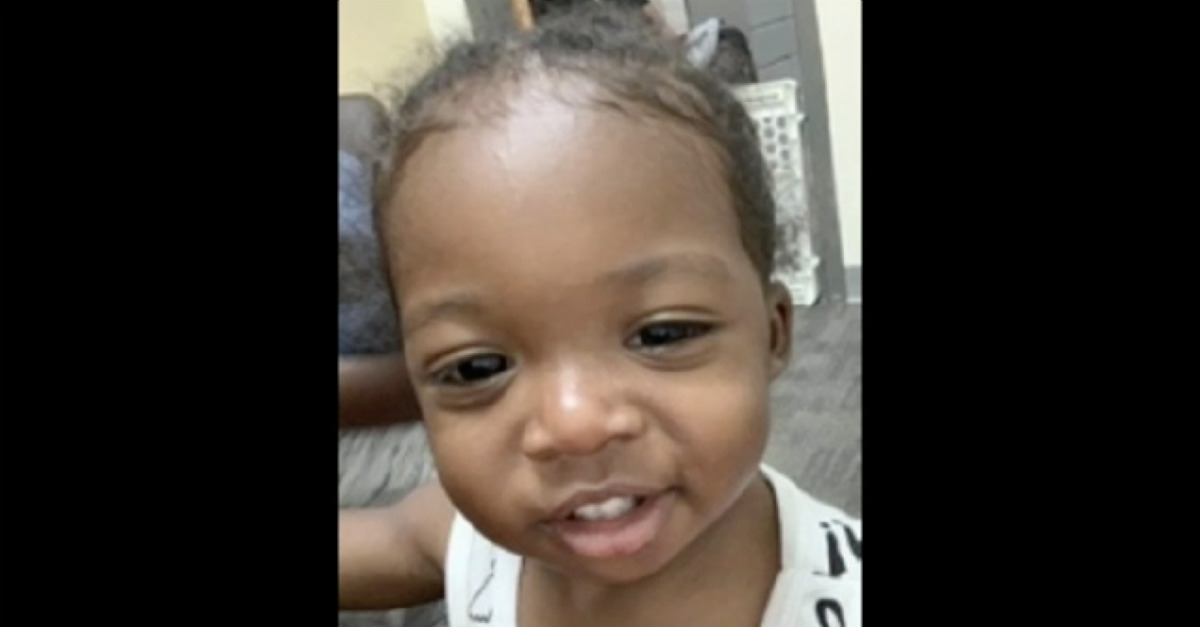 A Tennessee woman charged in connection with a toddler’s death appears to have taken her own life, authorities say.

Deborah Barnes, 62, was supposed to have been arrested on Monday. But the wanted woman was already dead.

According to the Chattanooga Police Department, the deceased suspect, found dead in a parking lot, was responsible for the early September death of 2-year-old Vincent Carter, a boy who had been placed in her care.

On Nov. 6, Carter’s death was found to be a homicide caused by multiple blunt force injuries to the head and neck. But the investigation into who killed him was over two months in the making.

Just after 4:30 on Sept. 10, CPD officers responded to reports of a child having difficulty breathing. That was indeed the case; the boy had not yet died; and police began rendering first aid before the toddler was transported to a nearby hospital by emergency medical technicians for unknown injuries. It was quickly ascertained that he was in critical condition and that his injuries were suspicious in nature. Carter succumbed to those injuries while undergoing treatment.

The toddler passed away on Sept. 13.

“My question would be why?” Janie Carter, the victim’s grandmother told local ABC affiliate WTVC. “What can a 2-year-old do to deserve this. Nothing. Considering what happened with Deborah’s suicide, I’ll never know. And that’s the hardest thing.”

Investigators with the CPD’s Violent Crimes Unit say they pegged Barnes as the suspect in Carter’s death from the start but waited well over a month until the Hamilton County Medical Examiner’s report was completed last weekend to move ahead with their case. Upon completion of that report, police began looking for their suspect and issued warrants for criminal homicide, aggravated child abuse and aggravated child neglect, according to The Chattanoogan.

“She had her babies,” a shocked neighbor who chose to remain anonymous told local NBC affiliate WRCB. “She walk them up and down the street. She take them for walks. She be around there picking them up for the bus stop. I live on this street. I ain’t seen none of this.”

In fact, according to the outlet, before she took her own life Barnes had fostered 44 children since she was approved by the state in 2009.

Police say they are now looking into what occurred viz. Barnes’s role as a foster parent through the Omni Visions public-private partnership, which provides wards of the state with therapeutic care.

“The Chattanooga Police Department works with other agencies and that could be local police agencies, state agencies,” CPD Sergeant Victor Miller said in a statement. “We also work with the Department of Children’s Services and Child Protective Services on multiple different types of cases.”

The victim’s family is demanding answers.

“I mean, if they’re, if they’re going to step in and, you know, remove children from home, then they need to monitor these foster parents,” Janie Carter added.

Eriyuan Carter, the boy’s birth mother, said she had been in contact with the company about the conditions in which children were being placed. Her own children were taken away from her after she allegedly bit a man she claimed was choking her–as her only recourse. During the fight, the man threw a chair which hit the children.

“I had been telling Omni Vision that the care that my kids was in, wasn’t fit,” she told WTVC. “Like they would come back with bruises and scratches…I pointed out a lot of things about this lady.”

In a statement, the company said they were “utterly heartbroken” and offered “thoughts and prayers” to “all those affected.”