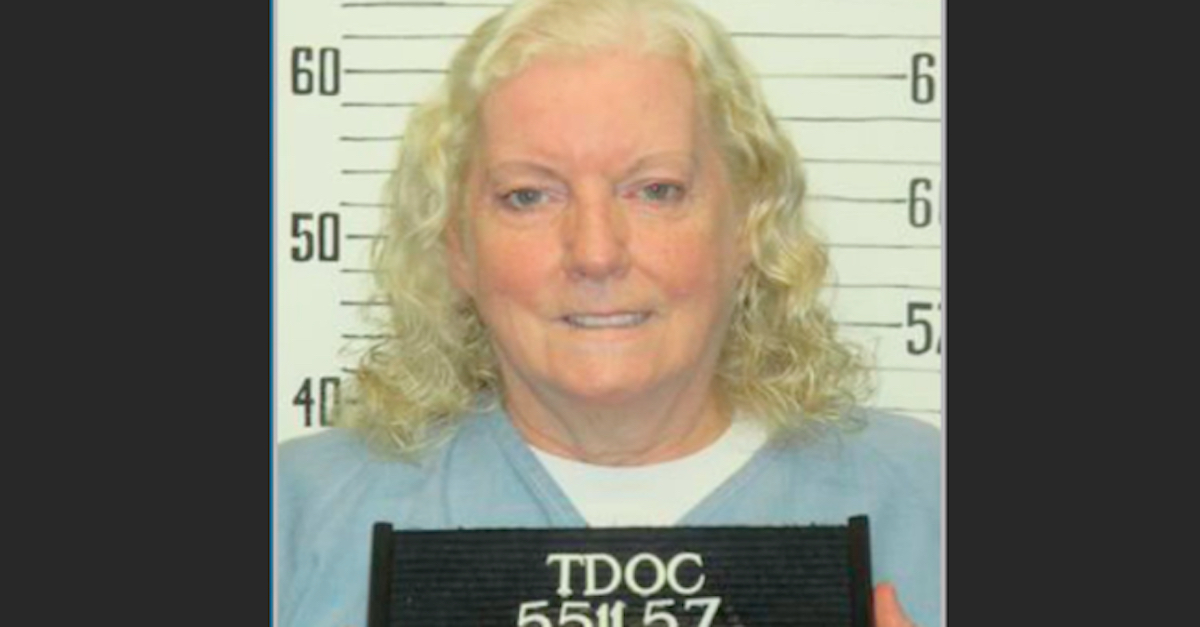 A Tennessee mother who was one of the three family members convicted in the so-called “Facebook Murders” case rejected her chance at a new trial and reached a deal with prosecutors that will send her to prison for 25 years. Appearing in Washington County Court on Wednesday, Barbara Potter, 69, pleaded guilty to two counts of facilitation of first-degree murder in the 2012 killings of Billy Payne and Billie Jean Hayworth, Johnson City Press reported.

Barbara Potter, her husband Marvin “Buddy” Potter, and their daughter Jenelle Potter had all previously been convicted of first-degree murder and conspiracy to commit murder by Washington County juries.

Like her husband and daughter, Barbara was sentenced to serve life in prison. However, a judge granted her a new trial after finding that her attorney, Randy Fallin, had a conflict of interest when he represented her in her 2015 trial because he had also represented Buddy Potter, who was convicted in 2013, and was continuing to represent him during the appeals process. Buddy and Jenelle’s convictions were both upheld on appeal

The infamous double-murder was dubbed “the Facebook murders” after authorities said that the killings were, in part, due to an online feud that was motivated by jealousy and harassment. The feud ended with Payne and Hayworth “unfriending” Jenelle on the social media site, according to the report.

According to Johnson City Press, Jenelle and Hayworth were one-time friends. Their relationship went south when Hayworth began dating Payne, whom she allegedly knew Jenelle was pining for.

“There was a web of jealousy, allegations of threats from Hayworth and Payne toward Jenelle Potter, emails between them all and even an alleged bounty for Jenelle’s murder,” JCP reported.

The turmoil eventually led to Buddy traveling to Payne and Hayworth’s mobile home in Mountain City where he shot and killed both execution-style, slit Payne’s throat, and left the couple’s 8-month-old son alive in his mother’s lifeless arms.

The murders shocked the public conscious, leading cases to be moved out of the county because of pre-trial publicity, and were also the subject of a book penned Deputy District Attorney Dennis Brooks titled, “Too Pretty to Live, the Catfishing Murders of East Tennessee.”

In recounting the evidence against Barbara during Wednesday’s plea hearing, Deputy DA Brooks reportedly described how investigators found hundreds of emails that showed how Jenelle “catfished” by pretending to be a CIA agent named Chris. Posing as Chris, Jenelle reportedly convinced Barbara that the CIA had sent an agent to Mountain City to protect Jenelle from Hayworth and Payne.

When Brooks was through, Criminal Court Judge Lisa Rice reportedly asked Barbara if she agreed that what the prosecutor described would be the evidence presented against her in court if she were to be tried again. Potter reportedly agreed. Rice then asked how she wanted to plead.

“Because you are guilty?” Rice asked. “Yes,” Barbara responded.

Rice asked Barbara to confirm that her current attorney, Scott Schults, had performed his job to the best of his abilities, which she did.

Schults reportedly told JCP that Barbara requested him to reach a deal with prosecutors—against his advice—because she did not want to go through another trial. He also pointed out that based on time served, she had already completed the 30-percent of her sentence required to be eligible for parole.

“She will eventually be coming up for parole. To have that opportunity was important to her. Then, too, she wanted to make amends with what had happened. She did want to go in there and plead guilty,” Schults told the paper. “It took a lot of work to get here and I truly believe that she could have had a better outcome at trial. She certainly could have. But from Barbara’s perspective, she’d already had that trial one time. She was thinking of that and of wanting to accept her fault in what actually occurred.”