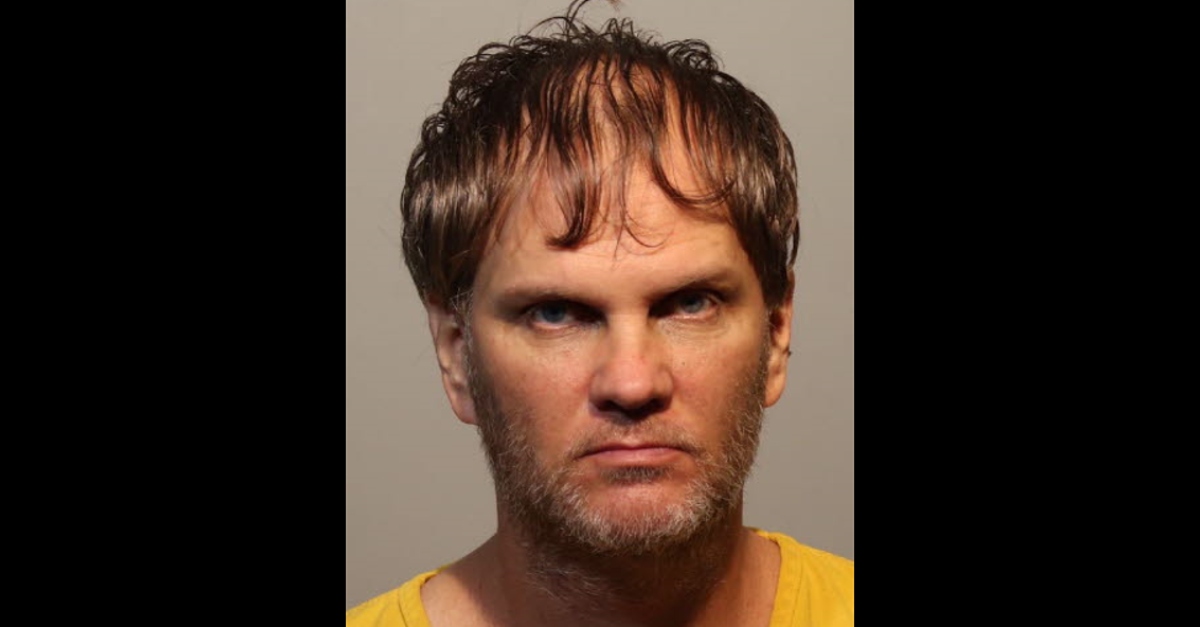 Police in Sanford, Florida, fear foster parent Justin Dwayne Johnson Sr. secretly recorded people in his home. Officers say he planted cameras throughout the residence, including in the bathrooms. On top of that, he is accused of having possessed thousands of images and videos showing child pornography and the abuse of children, and police believe Johnson was in most of the footage. The 47-year-old, who cared for 20 foster children since 2019, also preyed on adults through surreptitious recordings, police said.

“Imagine this,” Chief Cecil Smith told reporters in a press conference Thursday. “You’re a family friend, and you go to his house, and you use the bathroom. That is how disgusting this individual was. So friends, family members, neighbors, children, anyone who entered into that home is a potential victim.”

“There are images of him being a peeping tom with unidentified adults,” Smith said. “At this point, we are not sure where those locations are.”

On top of this, videos showed Johnson allegedly up-skirting women in numerous locations, the chief said.

Officers obtained a warrant against Johnson on Feb. 15 and arrested him at a McDonald’s in Orlando, but they’re now talking about the case in public because they are trying to identify the victims in this case. Some of the recovered videos dated back to 2011, authorities said.

“The important thing is now that it has been brought to our attention, anybody who has had contact with him, whether it’s kids, adults — we do want them to come forward and contact us so we can get statements from them and try to determine if they are potential victims or not,” lead investigator David Thomas said.

According to cops, a victim contacted child protective services back on Jan. 28, and the agency in turn contacted Sanford police. Officers said an informant turned in evidence against Johnson. Authorities removed five foster children from Johnson’s custody. They said he obtained a foster parent license in 2019 and had approximately 20 children in his supposed care since then. Thomas suggested there is a high likelihood victims might include any of these children.

As far as officers are concerned, this case is just getting started. Officers said they are still investigating to determine whether three other adults who lived at the home will face charges.

“Johnson’s arrest really marked the beginning of what will be a long and gut wrenching investigation,” Smith said in a statement posted to Facebook. “The amount of data that investigators have to comb through will take months and a significant amount of manpower. Our initial priority was getting this depraved, sick individual off the streets. We will now continue to focus on strengthening the investigation and identifying the many victims of his disgusting acts.”

Anyone with information related to this case, the Sanford Police Department or Crimeline at 800 423-TIPS (8477) or visit www.crimeline.org. Calls made to Crimeline remain anonymous, and tips to Crimeline that lead to solving felony cases are eligible for a cash reward of up to $1,000 dollars.

Johnson faces charges including possession of obscene material (10 or more child pornography images) and a sex offense (video voyeurism with a child less than 16).