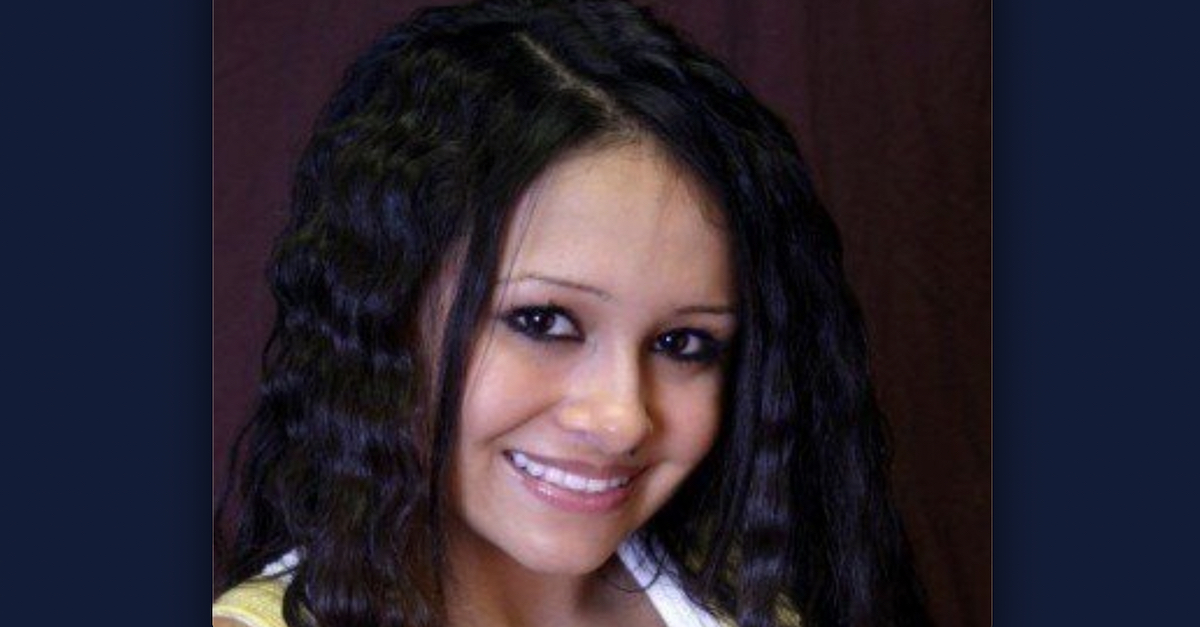 Law enforcement authorities in North Dakota on Wednesday announced an arrest in the 15-year-old cold case murder of Anita Knutson, a college student who was stabbed to death in her off-campus apartment. Nichole Rice, 34, Knutson’s roommate at the time of her death, was taken into custody on Wednesday and charged with one count of murder.

Officers with the Minot Police Department at approximately 3:25 p.m. detained Rice at Minot Air Force Base where where she works in a civilian capacity, Minot Police Chief John Klug said during a press conference. She was booked at the Ward County Jail where she is currently being held without bond.

According to Klug, investigators had long suspected that Rice may be the killer, but they lacked sufficient evidence to make an arrest.

“I wouldn’t say that [Rice] was ever cleared,” Klug told reporters. “There was never enough to arrest her, but I would say that she was always a person of interest in this case.”

Asked what the “turning point” in the case was, Klug did not identify a particular piece of evidence. Rather, he said it was investigators piecing together 15 years of information.

“I think the turning point in this case was really just trying to pull all of that information together and put it in an order that made sense,” Klug responded. “A lot of the information is information that we had, it just took a little bit of refocusing and a lot of paying attention to the fine details. And again, it was being able to sit and dedicate some time our officers to that and let them do their work. Like I said, there have been times that we have looked at this case and we wanted to move it forward.”

Klug said he could not disclose what specifically linked Rice to the murder, reiterating police already had most of the relevant evidence.

“There were a few details that came up, and, over time, things start to develop. Ultimately, you’re looking at probably at least dozens, maybe even over 100 statements that were taken,” said Klug. “So we’ve turned over every leaf already. It was just a matter of putting all that information in front of new investigators and letting them do their work.”

Klug did not provide any information regarding a possible motive for the killing.

Knutson’s father on June 4, 2007 called the police to request a welfare check on Anita’s home, Bismarck CBS affiliate KXMV-TV reported. He reportedly told police that he had not heard back from his daughter for several days, which was very unusual for her.

Officers responded to the residence located in the 2400 block of 4th Street NW later that day. Upon arriving at the scene, Knutson’s father reportedly pointed investigators to Anita’s yard-facing bedroom window. Per KXMV, the window screen had reported been sliced open.

Investigators recovered a bloody knife from the bathroom of the apartment that police said was the murder weapon, NBC News reported. Nothing inside of the apartment appeared to have been stolen.

Klug said the department was assisted in the investigation by Cold Justice, which provided detectives with experts and other resources in support of the ongoing investigatory efforts.

If found guilty, Rice faces a sentence of life in prison. She is scheduled to appear before a judge at 2 p.m. on Thursday, records show.