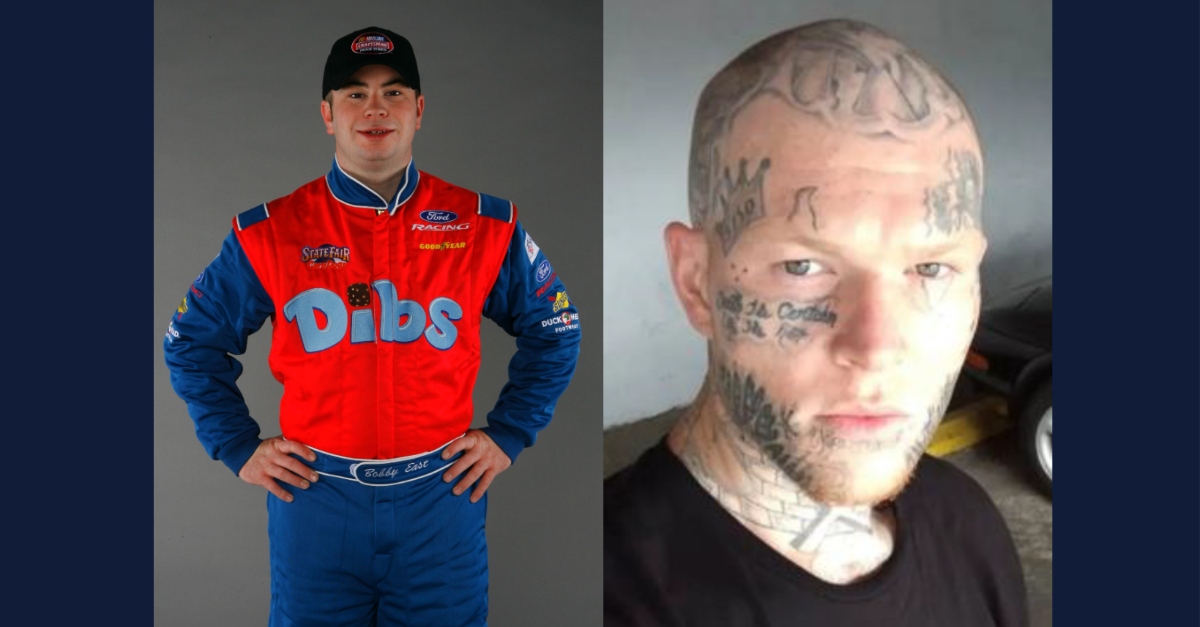 A California man fatally stabbed a former NASCAR driver before at least one police officer shot the suspect to death, authorities said. Police identified the suspect as Trent William Millsap, 27. The victim has been widely identified as Bobby East, 37, who raced for NASCAR and won championships under the sanctioning body the United States Auto Club.

“The USAC community is shocked and saddened with the sudden passing of Bobby East, a three-time champion of the United States Auto Club,” USAC President & CEO Kevin Miller said in a statement.  “On behalf of USAC, I offer my deepest condolences to the family and friends of Bobby, a racer among racers.”

“We extend our deepest and heartfelt condolences to the family and friends of Bobby, a true racer,” NASCAR said in a statement, according to KTLA.

Officers have said that they responded Wednesday at about 5:51 p.m. about a stabbing.

“The victim was found on the ground suffering from a serious stab wound to the chest area,” police said before East’s identification. “Officers attempted life saving measures until [Orange County Fire Authority] paramedics arrived and transported the victim to a local trauma center, where the victim succumbed to his injury.”

Police identified Millsap, saying he had a prior criminal record.

“Trent William Millsap, who fled the area prior to police arrival, is suspected of stabbing the victim,” cops said. “Millsap also has an outstanding parole warrant. He should be considered armed and dangerous. Millsap is transient and known to frequent Westminster, Garden Grove, and Anaheim motels.”

Police said Saturday that they learned Millsap was in an apartment at the 3300 block of Lincoln Avenue in Anaheim. SWAT responded.

“During the service of the search warrant, an officer-involved shooting took place,” police said Saturday. “No officers were injured; however, a police K-9 sustained a single gunshot wound that was not life threatening.”

Authorities are still investigating what led to the shooting and whether they found any weapons near Millsap, Westminster police Cmdr. Kevin MacCormick said, according to The Mercury News. At least one officer fired, he said.

Orange County District Attorney’s office spokeswoman Kimberly Edds said the state attorney general’s office will handle the investigation because it was believed the suspect was unarmed, according to the outlet.

East reportedly died after being found with a serous stab wound to the chest. Officers did not suggest a motive, though they said he and Millsap may have been acquaintances.

Authorities said East was not pumping gas, according to KTLA. His most recent address was reportedly in San Dimas. Before his identification, officers described the victim as “possibly transient.”

Today I will be striking out my @NHRA racing number in memory of Bobby East, I knew his dad pretty well and my USAC cars raced against him. My thoughts are with his family and friends. pic.twitter.com/HOu80YvkAT

The USAC auto racing organization called him a prolific driver and a three-time USAC National Champion driver. His last USAC race in 2014 in the New York State Fairgrounds in Syracuse, they said.