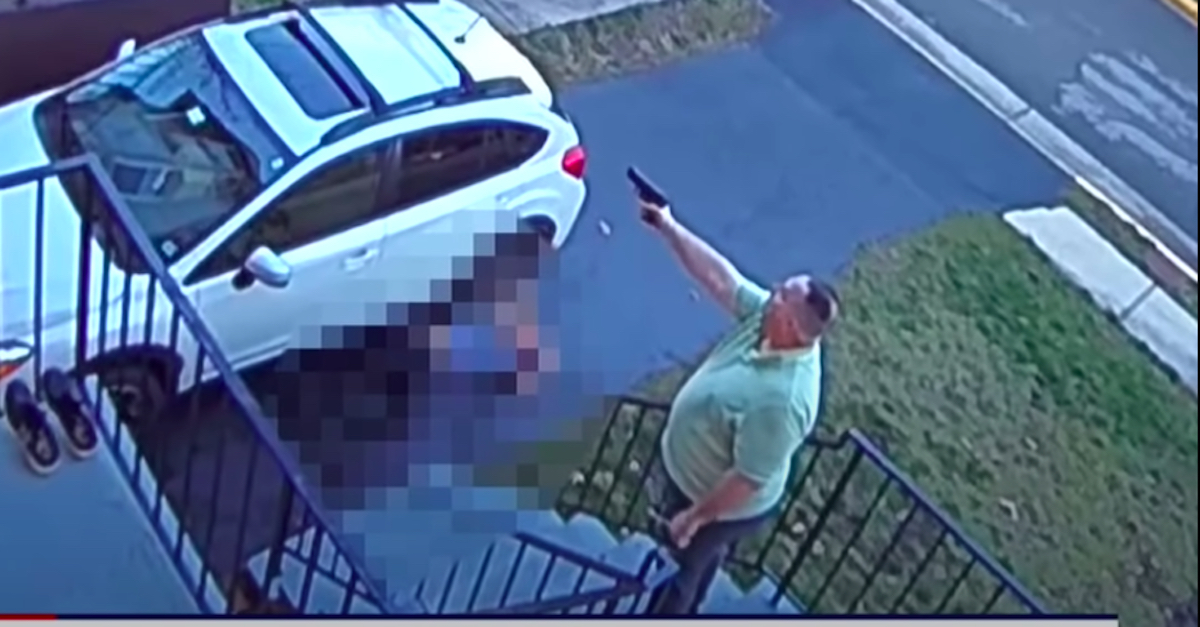 A former NASA executive and police officer in Virginia will likely spend the rest of his life behind bars for killing his neighbor, a member of the Maryland National Guard, in a shooting that was entirely caught on a Ring doorbell camera.

A Fairfax County judge handed down a life sentence with the possibility of parole to 52-year-old Michael Hetle for shooting his next-door neighbor Javon Prather seven times just moments after the 24-year-old knocked on his front door, Washington, D.C. CBS affiliate WUSA reported.

NEIGHBOR MURDER: Police say 52yo former police officer Michael Hetle (left) is charged in the killing of his 24yo neighbor Javon Prather (right) last night in Springfield. Prather served in the National Guard. Source tells me this was over an ongoing dispute. @fox5dc pic.twitter.com/RoS4uwQzgx

According to the report, the two neighbors had a very contentious relationship dating back to 2016 that culminated with Prather being shot while standing on the porch of Hetle’s home located on Bedstraw Court in Fairfax.

Video of the March 3, 2020 shooting was captured by Hetle’s own Ring doorbell camera.

The damning footage was played during Hetle’s trial that ended with a jury in October finding him guilty on charges of first-degree murder and use of a firearm in the commission of a felony, D.C. news station WTOP-FM reported.

The video showed Prather walking from his house to Hetle’s and knock on the door. He then stepped back and appeared to be standing a little more than two feet from the door with his hands in his pockets when Hetle reportedly opened the door and fired six shots in seven seconds, D.C. Fox affiliate WTTG reported.

Four of those shots were reportedly fired at “point blank range” and two of the shots hit Prather in the back as he tumbled down the stairs leading to Hetle’s front door. Hetle then shot Prather a seventh time as he lay dying on the man’s driveway.

Hetle’s attorneys claimed that the shooting was in self-defense, despite the fact that the video reportedly showed Prather running away from Hetle’s door when he saw the gun. Prosecutors reportedly said Prather was “executed.”

Making matters worse for Hetle, after killing Prather, he could be seen pointing the loaded weapon at Prather’s wife, whom he threatened to shoot when she tried to drag her husband’s limp body back to their property.

“You want it too?” Hetle yelled as Janelle Prather tried to check on her husband. “Get the fuck out of here. Get away,” he repeatedly screamed while pointing the gun at the woman.

Prosecutors also argued that “racial animus” played a role in Hetle’s actions; Janelle Prather testified that the neighbor often referred to her husband by “a racial epithet for Black people,” The Washington Post reported.

Prior to the shooting, Hetle reportedly worked in risk mitigation at NASA headquarters in Washington, D.C. for the agency’s Enterprise Protection Program. He joined the agency in 2010.

Edited footage from the shooting can be viewed below.