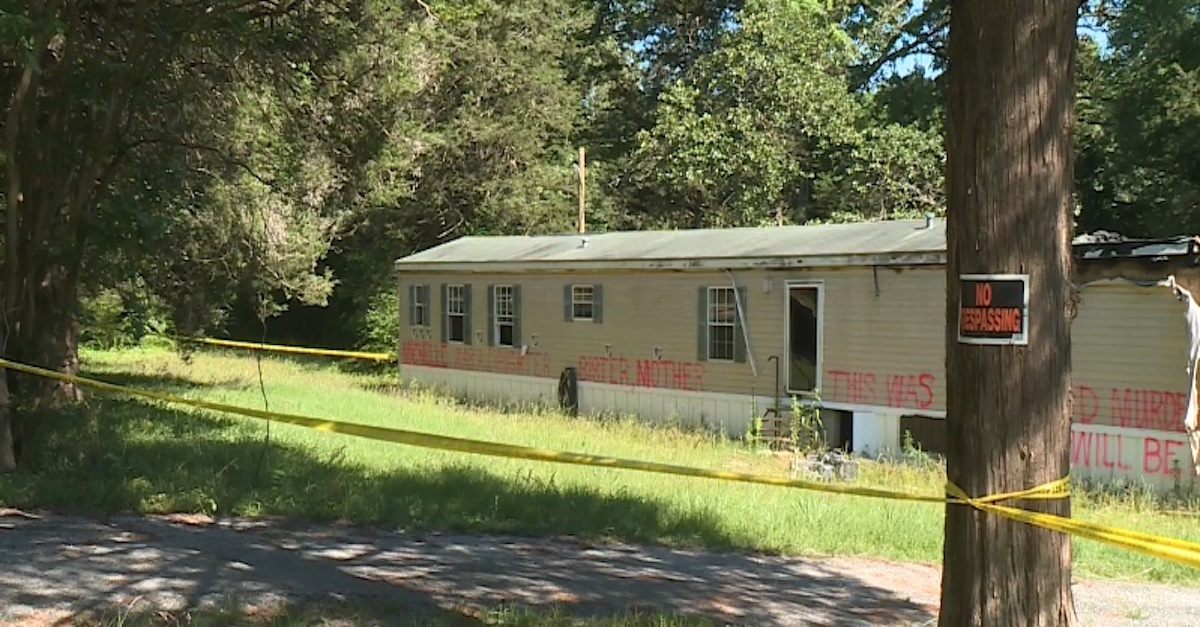 The body of former Mississippi State Representative Ashley Henley was found on Sunday outside the same burned-out trailer where her sister-in-law was found dead just months ago.

According to the Mississippi Free Press, authorities are investigating the cause of Henley’s death. She was reportedly found with a gunshot wound, but the county coroner wouldn’t confirm the cause of death.

On Dec. 26, 2020, the body of Henley’s sister-in-law, Kristina Michelle Jones, was found after a fire in a trailer at the same location.

It is not clear whether the two deaths are related, although Henley’s husband, Brandon Henley, reportedly believes that they are.

Local news station WJTV reported that Henley said he believes both his wife and sister were murdered by the same person.

“I have my own theory, and the police do too. And he is a suspect and there was someone taken in for questioning apparently last night,” Henley told WJTV.

Brandon Henley isn’t the only one suggesting such a connection. Comments on a Facebook post by the North Mississippi Herald about Ashley Henley’s death suggest that multiple people believe Henley was killed because of her vocal criticism of how officials have responded to her sister-in-law’s death.

The cause of Jones’ death is still under investigation – a fact that both Ashley and Brandon Henley had repeatedly criticized, as they apparently believed that there was more to Jones’ death than authorities were saying.

“We have been silent long enough,” Ashley Henley wrote in a Facebook post on April 6. “For the past three months my family has held ourselves close, grieving in secret, to cooperate with the requests of the Yalobusha County Sheriff’s Department as they proclaimed to be working on the investigation into the murder of my sister-in-law, which occurred at approximately 1:30 a.m. on December 26, 2020.”

“We have been nice. We have cooperated. We have respected the process and been patient,” Henley also wrote in the post. “However, we simply do not understand why, according to the Mississippi State Crime Lab, the Yalobusha County Coroner Ronnie Start has not even requested a toxicology report. NOW … we demand answers. We will not be intimidated. We are not going away. We will not back down. We will not be silent any longer. My sister-in-law deserves #JUSTICE.”

Henley also said in the post that two sheriff’s deputies had “attempted to intimidate” and “threatened to arrest” her for carrying a concealed firearm when she visited the home to leave flowers at a memorial that she and Brandon had built.

“I know the law, and I also know how quick people disappear down here,” Henley said in a subsequent comment to the April 6 post. “I’ve known Michelle since she was 9 years old. She was truly like my little sister. I will not give up on her. We will find out who did this, with or without help from Yalobusha County. She’s not the first to die like this down there, but I’m going to do everything in my power to make sure she’s the last. Her death will not be in vain.”

On May 24, Henley posted what appeared to be a photo of a certificate listing the cause of Jones’ death as “unknown” and the manner of death “undetermined.”

“ABSOLUTELY UNACCEPTABLE,” Henley said in the post. “To those Granted #PublicTrust and Responsibility for Ensuring #Justice For All – You may think this is over and your job is done, but you are mistaken. This is only the beginning. I will leave no stone unturned in my pursuit of truth.”

Henley, a Republican, served DeSoto County from 2016 to 2020. In 2019, she lost her seat to Democrat Hester Jackson-McCray, the first Black woman to hold a state legislative seat from DeSoto County, by 14 votes. Henley, who is white, alleged “voter irregularities” and asked the Republican-controlled House to overturn the election results, a request the House rejected.

In addition to her husband Brandon, Henley leaves behind a 15-year-old son.

The Yalobusha County Sheriff’s Office did not immediately respond to Law&Crime’s request for comment.