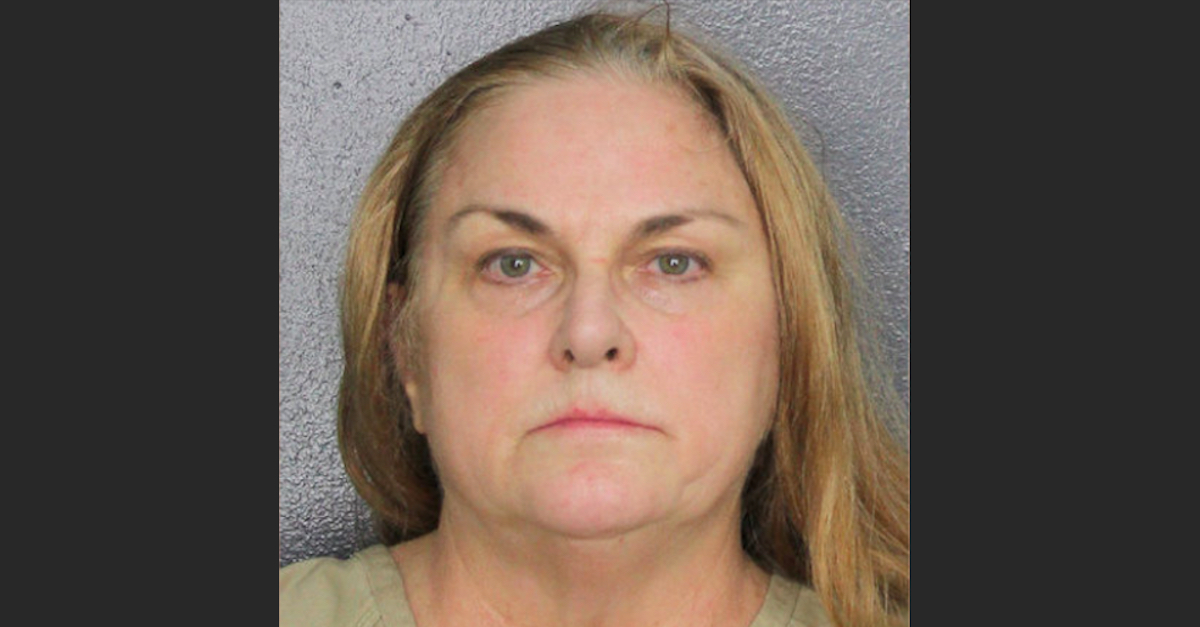 Authorities in Southern Florida arrested a 62-year-old woman in connection with the death of her brother, who was fatally shot in the head and buried in a backyard more than seven years ago, the sheriff’s office said last week.

According to a news release from the Broward County Sheriff’s Office, an unidentified retired law enforcement officer in early June contacted Homicide Detective John Curcio and advised him about the location of remains belonging to a male murder victim named Donald Marks Shoff. The retired officer said someone had told him that the body had been buried in the backyard of a home in Dania Beach.

Later that month, Det. Curcio reached out to Shoff’s sister, Darlene Ann Shoff-Brock, and arranged an interview to discuss her late brother. During the initial conversation, Shoff-Brock told Curcio that her brother “had been out of the country for the last couple of years,” but agreed to sit down for an interview. That’s according to Veda Coleman-Wright, the head of public information and media relations for the sheriff’s office. The next day, however, Shoff-Brock’s attorney contacted Det. Curcio and abruptly cancelled the interview.

In the meantime, detectives and crime scene technicians had begun scouring the Dania Beach property and on July 9 they located human remains “in the exact location where the individual told the retired law enforcement officer Shoff was buried.”

With the help of an anthropologist, the Broward County Medical Examiner’s Office determined on July 19 that the remains belonged to a male victim who had been shot in the back of the head. Less than a month later, on Aug. 4, detectives with the Pinellas County Forensic Lab performed DNA testing and confirmed that the murder victim was the biological child of Shoff-Brock’s mother.

Investigators said they compiled witness statements and evidence from Shoff’s skeletal remains that led them to believe Shoff-Brock fatally shot her brother at a house in Hollywood, Florida and then buried his body at the Dania Beach location.

According to the news release, detectives are still investigating the possible motive for the murder, but noted that “witnesses said the two often argued about money” and that Shoff had “accused his sister of stealing money from him” before his death.

Sheriff’s deputies took Shoff-Brock into custody at her home in Tamarac on Wednesday at approximately 3:30 p.m. on a first-degree murder charge. She is currently being held without bond.