Florida Man Slit Wife’s Throat, Held Her Hand and Played Her ‘Favorite Music’ as She Died in Bathtub: Cops 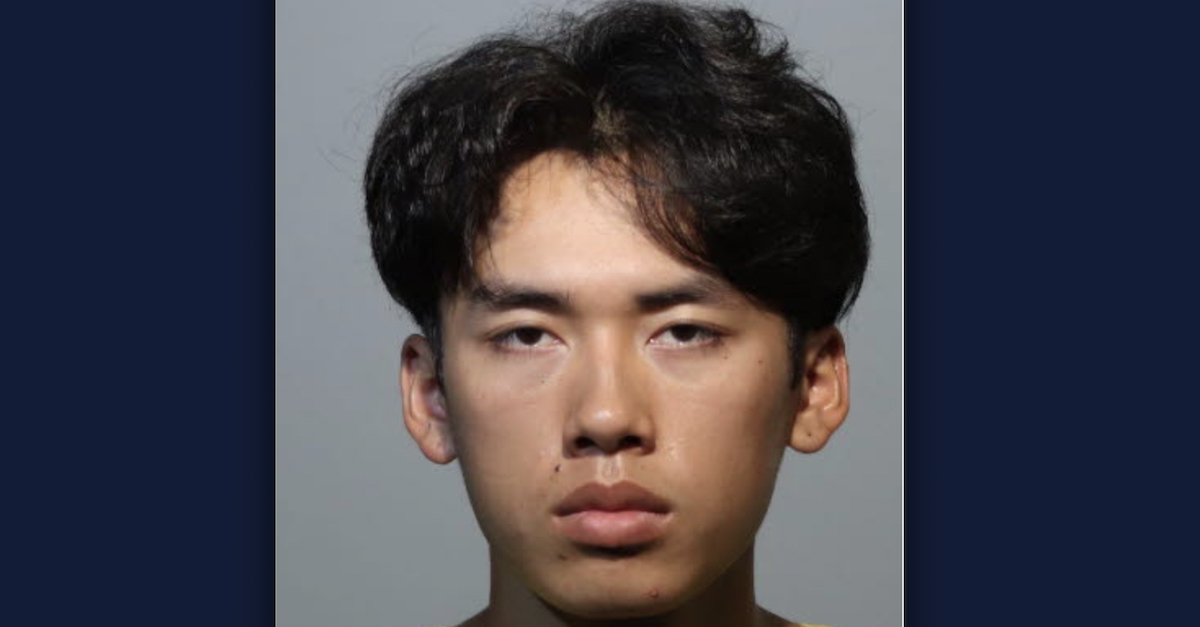 A 21-year-old Florida man is behind bars after he allegedly admitted to slitting his wife’s throat and dragging her into a bathtub, before playing her favorite music and holding her hand while she bled out.

Xichen Yang was taken into custody and charged with one count each of first-degree premeditated murder and destroying, altering, or removing evidence in the death of Nhu Quynh Pham, court records reviewed by Law&Crime show.

According to an arrest report filed in Seminole County, officers with the Altamonte Springs Police Department at approximately 8:49 a.m. on June 21 responded to a call for a wellness check on an adult female at a home located in the 900 block of Ballard Street. The caller, identified in the complaint as Michael Rathel, told the 911 dispatcher that the woman’s husband claimed he had just killed his wife.

“Yang called Rathel’s son, Michael Cole Rathel, and informed him he had stabbed his wife, killing her, and was attempting to clean up the evidence,” the elder Rathel allegedly told the dispatcher.

Upon arriving at the scene, first responders entered the home and “immediately” found Pham, who was “lying in a pool of blood in a bathtub located in the bathroom directly to the right of the front entrance to the apartment,” per the complaint. Police say she sustained a “deep laceration to the left side of her neck” and her stomach had “pooled with blood.” She was pronounced dead at approximately 9:13 a.m.

Officers allegedly recovered rubber gloves and disinfectant from the hallway leading to the bathroom.

Yang was taken into custody a short while later and allegedly confessed to his wife’s murder in great detail.

“Yang admitted to cutting Pham with a knife. After cutting Pham with the knife, Pham began ‘crawling down the hall’ towards the door. Yang then took her to the bathroom,” the complaint states. “He placed Pham in the bathroom tub, ‘played her favorite music,’ and ‘held her hand’ for what he estimates to be approximately 10 minutes, until she died. Yang said he did not call an ambulance for Pham while she was dying. After Pham died, Yang began to clean up the blood on the walls and floor.”

In a sworn statement, Rathel, Yang’s boss at Marco Polo Pool Maintenance, told investigators that he called Yang at approximately 8:26 a.m. to see why he hadn’t shown up for work. Yang allegedly told Rathel that he was angry at his wife because she “burned his passport.” As Rathel was castigating Yang for being irresponsible, Yang allegedly told his boss he had “actually done ‘unspeakable’ things and that he killed his wife.” He further explained that “he used a knife on Pham’s throat,” per the complaint.

Yang allegedly admitted to police that he knew he was getting too angry and could have “stopped short” of killing Pham, but chose not to.

“When asked why he did not stop himself, Yang explained that was ‘not how he was raised’ and that he is the type of person who always ‘goes all the way,'” the complaint states.

Yang is currently in the custody of Seminole County Corrections deputies awaiting medical clearance before being transported to jail, police said in a press release. He is scheduled to appear before a judge at 2 p.m. on Thursday.

Read the arrest report below: