Florida Man Sentenced to Prison for Killing Girlfriend’s Toddler Son, Causing Head Injuries, Bruised Lungs, and ‘Swelling of Both the Penis and Testicles’ 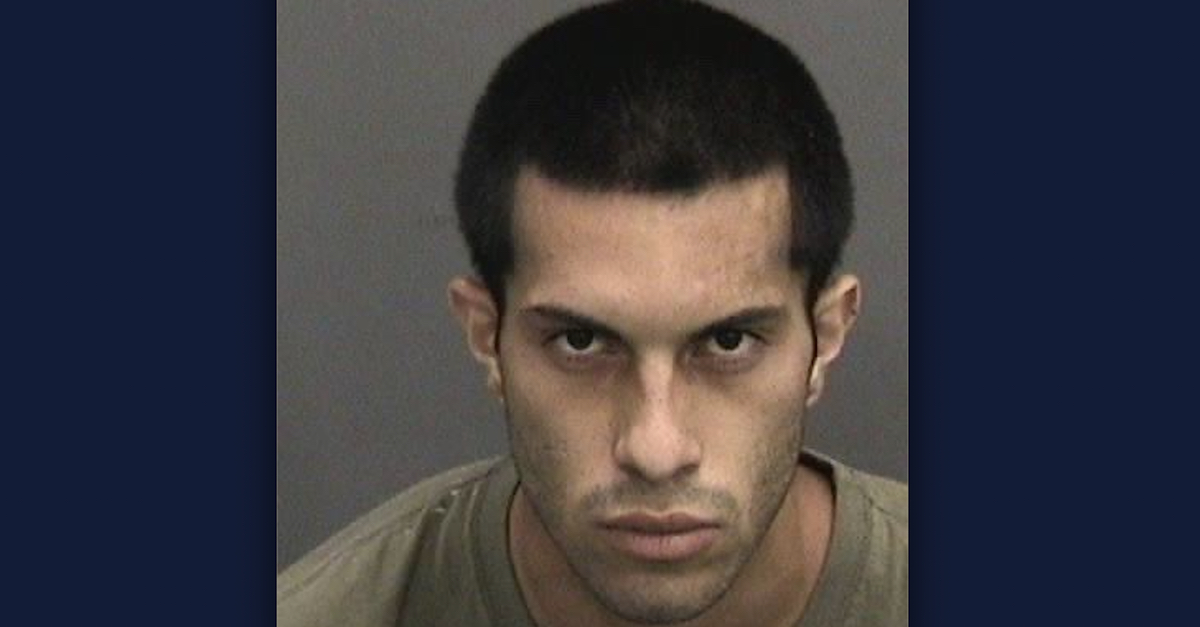 A Florida man will spend the rest of his life behind bars for brutally killing his girlfriend’s 2-year-old son.

Thirteenth Judicial Circuit Judge Samantha Ward ordered David Vasquez Malave to serve a term of life in state prison without the possibility of parole for beating young Kaydan Guerrero to death in the summer of 2020.

A Hillsborough County jury last month found Malave guilty of aggravated first-degree murder while engaged in aggravated child abuse in Kaydan’s death, as previously reported by Law&Crime.  In addition to the life sentence, Judge Ward also ordered Malave to serve an extra 35 years in prison for the child abuse charge.

Guerrero’s mother, Deyaneira Lopez, had asked Malave to look after the boy on the evening of July 18, 2020, because she was staying at the Metropolitan Ministries at-risk and homeless shelter with her oldest son and couldn’t bring Kaydan. The next morning, a panicked Malave called Lopez and said the boy had fallen out of the car and was unconscious, but a subsequent investigation revealed that Kaydan had been beaten to death.

Lopez reportedly attended the sentencing hearing Monday where she addressed the court and spoke to Malave directly.

“I hope the face of Kayden haunts you for the rest of your lonely, sad days,” she said, according to a report from Tampa Fox affiliate WTVT. “I need you to know how you made me feel about what you did. I trusted you with my most prized possession, and you let me down in the worst way.”

According to a probable cause affidavit, deputies with the Hillsborough County Sheriff’s Office at approximately 9:15 a.m. on July 19, 2020 responded to an emergency call concerning an unresponsive toddler at an address located in the 9000 block of Windermere Lake Drive. The caller, later identified as Malave, said his “son” was not breathing. The boy was not his child.

“Based on the severity of the injuries and condition of the child as well as concerns of possible abusive injuries to the chest observed by HCFR, Criminal Investigations Division detectives responded to the scene to investigate further,” the affidavit states.

In an interview with investigators, Malave said he’d been caring for Kaydan at a Motel 6 since dropping off Lopez at the shelter the previous evening. He said that earlier in the day, he’d pulled onto the side of the road to change Kaydan’s diaper, positioning the child in the rear driver’s side seat with his feet hanging out of the vehicle.

“He removed the diaper and went to the trunk to get a new diaper. He heard a noise, which he attributed to Kaydan’s foot striking the door. He looked and saw Kaydan on the pavement laying just outside the door with one of his feet still in the jamb of the door near the footwell,” police wrote in the affidavit. “He collected the child and placed him back in the car. He wiped blood from the child’s mouth but did not initially think the child was seriously injured. As he drove toward his mother’s residence, he noticed the child becoming unresponsive.”

When investigators first spoke to Malave after taking Kaydan to the hospital, they described his demeanor as “calm and jovial,” saying he “laughed on the phone and spoke about topics unrelated to the investigation.”

The car Malave drove was registered to Lopez, who consented to a warrantless search of the vehicle. Inside, investigators found blood on the rear driver’s side door and the footwell. There was also blood on several baby wipes and napkins.

Doctors initially said the toddler was in “critical and unstable condition” after suffering “bruised lungs, subdural hematomas, bruising on the forehead, a laceration on the right side of the forehead, bruising to the chest/ribs/sternum, bruising to the side of the neck, a laceration on the head of the penis, and swelling of both the penis and testicles/scrotum.” Hospital staff told law enforcement that the child’s injuries appeared to have been caused by non-accidental trauma.

“A Child Protection Team examination was performed on Kaydan Guerrero on Monday, July 20, 2020, which concluded the head injury appeared to incorporate multiple, complex events and was inconsistent with a singular fall. The genital injuries also had the appearance of being abuse-related,” the affidavit stated. “Kaydan Guerrero was determined to have no brain activity by medical staff at T.G.H. and was pronounced deceased at 1624 hours on July 20, 2020.”

Lopez told police that she had been leaving Kaydan in Malave’s care because she couldn’t bring him to the shelter, but said she’d noticed unexplained injuries on the boy in the days before his death.

“This was a horrible crime, and the pictures of abuse that little Kayden suffered are forever seared in our memory,” Hillsborough County State Attorney Andrew Warren said in a statement. He also thanked prosecutors and the sheriff’s office for their efforts “to achieve justice and put away [Kaydan’s] murderer.”