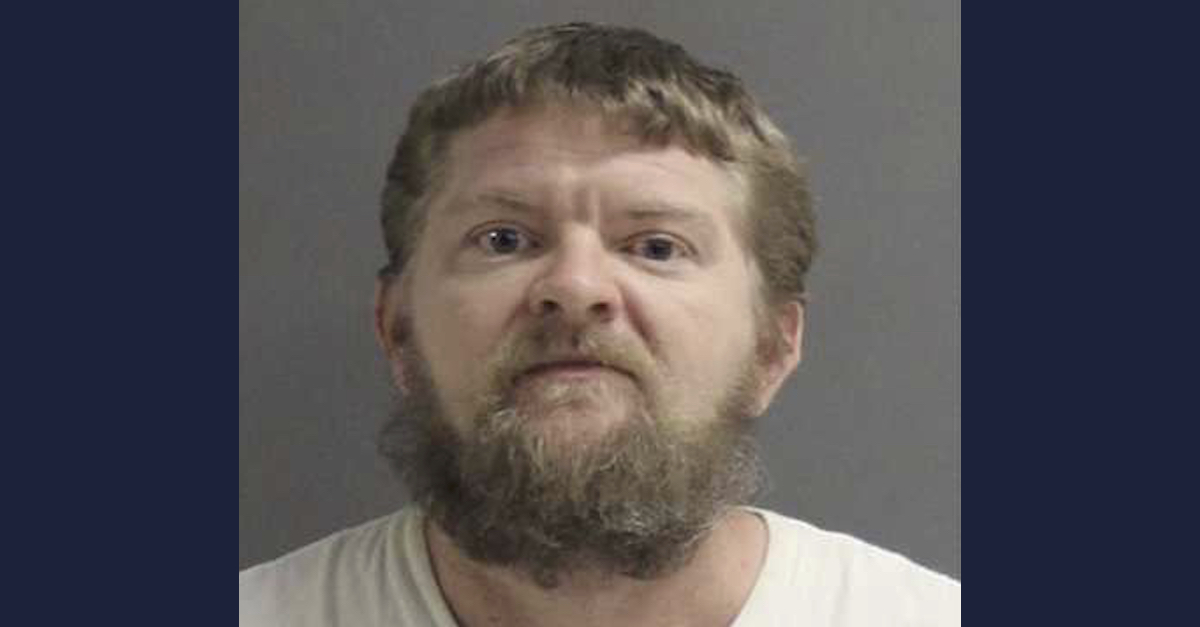 A Florida man was sentenced to life without parole on Monday for raping and killing the 16-year-old daughter of his ex-girlfriend.

Robert Kern Jr., 43, was convicted by a Volusia County jury and learned his court-ordered fate on the same day after a trial that began the week before. The defendant was also found guilty of tampering with evidence over the April 2018 death of Justis Marie Garrett.

“This was a complicated circumstantial case,” 7th Judicial Circuit State Attorney R.J. Larizza said in a statement obtained by Orlando-based CBS affiliate WKMG. “The defendant raped and murdered a 16-year-old child and left her body in a remote wooded area. The prosecutors prevailed and today we got Justice for Justis.”

On the day the girl was sexually assaulted and killed, the defendant was supposed to drive her to high school, a 15- to 20-minute drive west from her home in Sorrento, Fla. Instead, Kern drove east toward the area where Garrett’s body was eventually discovered by a jogger.

“At that point, we know Justis loses access to her phone,” Assistant State Attorney Megan Upchurch said during her opening statement, according to The Daytona Beach News-Journal. “She’s either drugged, incapacitated and/or, with threats or violence, is taken control of because there is no further communication from her phone.”

Garrett’s body was found several days later amidst muscadine grapes, southern live oak trees, and sand oak trees in DeLand, Fla., according to the News-Journal. Botanist Christopher Hardy told jurors that the “community” of plants near the place where the girl’s body had been dumped was more or less a match for several different leaves – and an intact but dry muscadine grape – found in Kern’s blue Ford Explorer.

Garrett was reported missing the day after she was killed. A lengthy investigation ensued after the horrific discovery confirmed the worst. Kern was arrested and charged with her murder in May 2019.

Pratt initially told police she was with the convicted murderer when the two both dropped her daughter off at the high school. She later admitted to lying, she said, because Kern had a suspended license.

Investigators reviewed phone records and social media before charging the defendant with Garrett’s murder. Jurors heard about what amounted to the man’s online obsession with the girl. Using an Instagram account with an avatar depicting a younger, more athletic and muscular man, Kern repeatedly messaged his eventual victim.

“You are a cutie,” one message from the fake account said. “How old are you?”

“You got a BF,” the murderer messaged the girl.

“Talk to me beautiful,” he said the next day. “You don’t like guys?”

“I love your cover photo,” he continued. “God, you’re sexy as [expletive].”

Garrett never responded to any of those messages.

Kern stopped using the phone in question on March 1, 2018.

Additional data recovered from the old phone on which the fake social media was discovered showed that the defendant had made several internet searches in the months leading up to the murder for date-rape drugs like GHB, “knock out drugs,” chloroform, and the “best drugs” one could use to “make someone unconscious.”

“Evidence showed that Kern returned to the crime scene about 3 days later and spent about an hour there,” the state attorney’s office said in a press release after the defendant was sentenced.

Garrett’s body was found in an advanced state of decomposition, with a black hoodie pulled tight around her head, with her pants down. The girl’s remains were partially covered in bleach.

Kern maintained his innocence throughout the trial.