Florida Man Plotted to ‘Snatch Up a Lil Girl,’ Had List and Materials For ‘Abduction, Rape, Murder, and Disposal of a Small Child’: Police 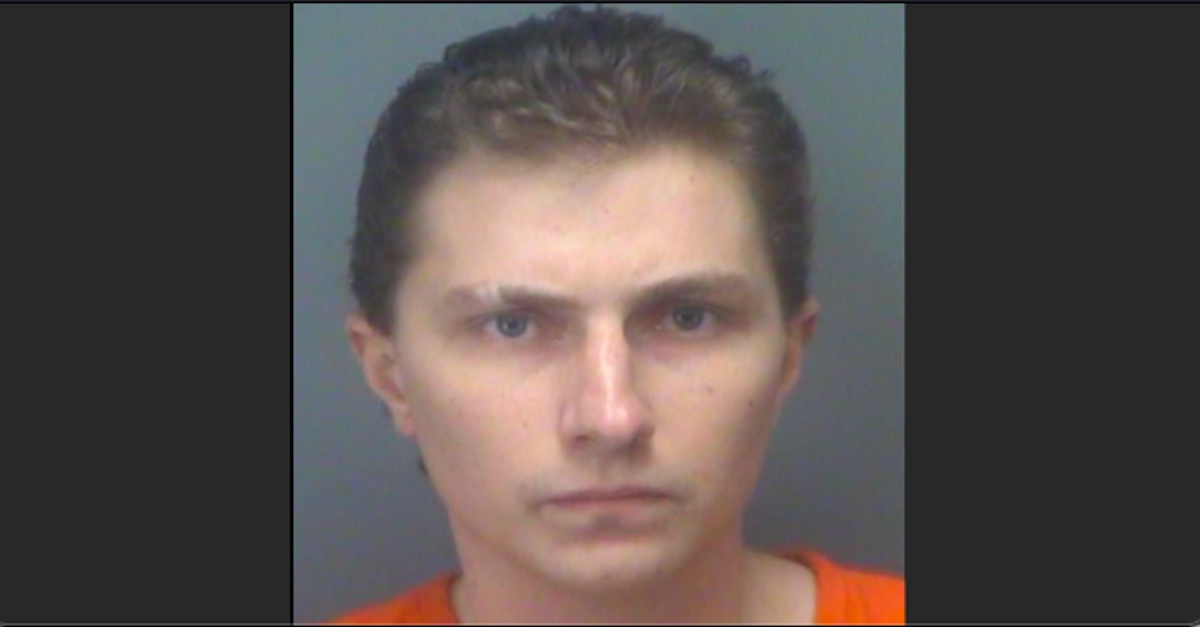 A 26-year-old Florida man was arrested this week after police say he plotted to kidnap a young child and then rape, murder, and dispose of her body.

Officers with the Clearwater Police Department on Thursday took Jacob Alexander Holman into custody and charged him with one count each of attempted kidnapping and possession of child pornography, according to a press release from the department. Per the release, authorities “became aware of Holman’s intentions” during an investigation into a report about a domestic dispute at Holman’s residence in the early hours of Thursday morning.

A copy of the arrest report obtained by Orlando NBC affiliate WESH-TV states that officers found Holman in possession of multiple articles of child pornography and materials that would “aid in the facilitation of the abduction, rape, murder, and disposal of a small child.” Holman had reportedly been keeping a list and collecting items in preparation for committing a horrific crime against a child.

The list included a series of allegedly planned actions as well as the prospective equipment that Holman had acquired. The list, which police reportedly found on Holman’s phone, said he planned to “snatch up a lil girl” and “throw [her] in trunk.” At the time of his arrest he was also reportedly in possession of duct tape, gloves, a first-aid kit, a shovel, a flashlight, and condoms.

“So often in this profession we see the tragic outcome after a heinous crime is committed,” Clearwater Police Chief Dan Slaughter said in a statement. “This is one of those rare occasions where we were fortunate to be able to intervene before the crime happened. I can’t be more grateful for the citizen reporting a concern and for the great work by our detectives in the Crimes Against Children and Families Unit.”

The arrest report also said that investigators found “live video” on Holman’s phone of a 5-year-old child at a local store who they believe was likely Holman’s intended victim. Police said it was unclear whether Holman had any relationship with the child.

Major Natalia Illich-Hailey told Tampa Bay FOX affiliate WTVT that Holman also had plans to leave town and that detectives had reason to believe he was about to act on his plans involving the child.

Asked if police believed Holman “planned to rape and murder a child,” she responded that it was “hard to speculate what in someone’s mind, but obviously when we look at it, that was the concern.”

“I truly believe that we saved a life yesterday,” she then added.

The criminal complaint filed against Holman says the defendant filled an extra container with gasoline for an upcoming trip to Ocala, Fla., but he refused to tell the police the purpose of the trip.

Fran Nochella, one of Holman’s neighbors, called the allegations against the defendant “very disturbing.”

“You don’t know what goes on behind closed doors,” she told Tampa NBC affiliate WFLA-TV.

Police said that during a search of Holman’s home, additional images and videos of child pornography were found on his personal computer.

Holman, who has previous arrests for domestic assault and drug possession, is currently being held at the Pinellas County Jail on $500,000, according to online records.