Florida Man Killed Roommate Who ‘Annoyed’ Him, Tried to Hide Body Under Couch Cushions and a Sheet: Sheriff 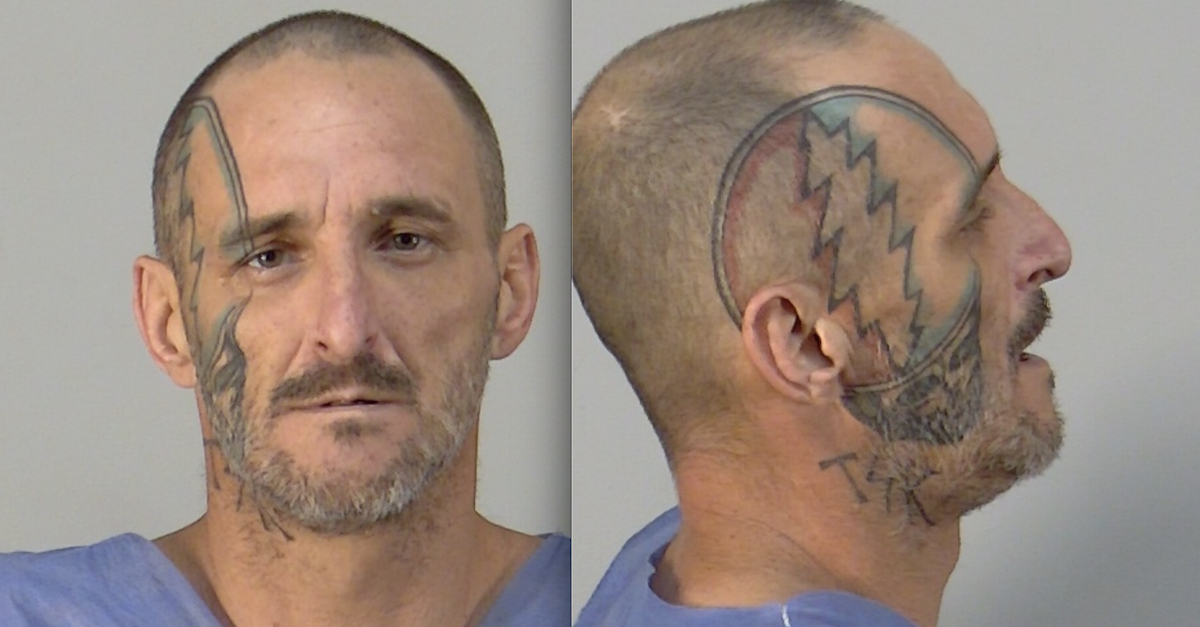 A 42-year-old Florida man fired a high-powered air rifle at a roommate who “annoyed” him, killing him, police say. The man, who has since been arrested, then allegedly attempted to get rid of the body and firearm. Jesse Franklin Hill was taken into custody last month and charged with one count each of manslaughter, a second-degree felony, and tampering with evidence, a third-degree felony, in the death of 44-year-old Ernie Wayne Wilburn.

According to police, Hill had claimed that he did not know that an air rifle could kill a human, but the owner of the house told investigators that he spoke to the suspect before about the weapon’s power.

According to a probable cause arrest affidavit, multiple witnesses allegedly saw the shooting or the subsequent efforts to cover up what happened to Wilburn.

Hill was allegedly inside of his home with his girlfriend in the early morning hours of May 4 when he heard Wilburn yelling outside because the other man had forgotten his keys and was locked out of the home. Hill’s girlfriend allegedly told investigators that Hill was in his bedroom when he grabbed his Ruger .22 caliber air rifle and shot Wilburn through the bedroom window.

At approximately 7 a.m. that morning, a person visiting Hill and Wilburn’s residence, identified in court documents as “Witness 3,” allegedly “alerted” Hill “to the presence of a corpse located in the living room,” the affidavit states. Hill and his girlfriend allegedly stayed in their bedroom for a short while then came out and exited the residence with Witness 3.

Upon exiting the home, Hill allegedly “began to discuss burying the corpse in the woods behind the residence with Witness 3,” police say.

“The defendant then spent several hours attempting to formulate an explanation for the remains within the residence before contacting Law Enforcement at 1000 hours, as advised by witnesses that were present before, and during the arrival of law enforcement,” the affidavit states.

Detectives noted that the body was had been positioned “several feet” from a blood-like stain on the floor that likely indicated the original place where Wilburn’s body laid. Hill also allegedly tried to hide the air rifle allegedly used to shoot his roommate. Investigators allegedly found the weapon “hidden in shrubbery” outside of the house “in such a manner as to hinder discovery of the instrument.”

An autopsy conducted on May 5 allegedly concluded that the manner of Wilburn’s death was a homicide and the cause of death was a gunshot wound to the torso.

In the days following the shooting, detectives said they made several attempts to contact Hill. However, his roommate allegedly told investigators that Hill had “taken flight” after telling several of his friends that he was a “homicide suspect,” despite never being advised of such status.

In requesting that Hill be kept in detention without bond, investigators emphasized his “transient nature,” the fact that he fled after Wilburn’s death, and the nature of the the crime, a homicide in which detectives believe “that the victim suffered for an extended period of time prior to his death,” according to the affidavit.

According to Orlando CBS affiliate WKMG-TV, Hill told investigators that he shot Wilburn because the other man “annoyed” him, though he didn’t think the air rifle could kill a human. However, the owner of the home reportedly told detectives that he had previously spoken to Hill about not shooting the weapon inside again after Hill shot a pellet that tore through several wall panels, meaning he allegedly knew the weapon’s power.

He is currently scheduled to appear before a judge again on July 20.