Body Found in Shallow Grave at Home of Michael A. Pritchard 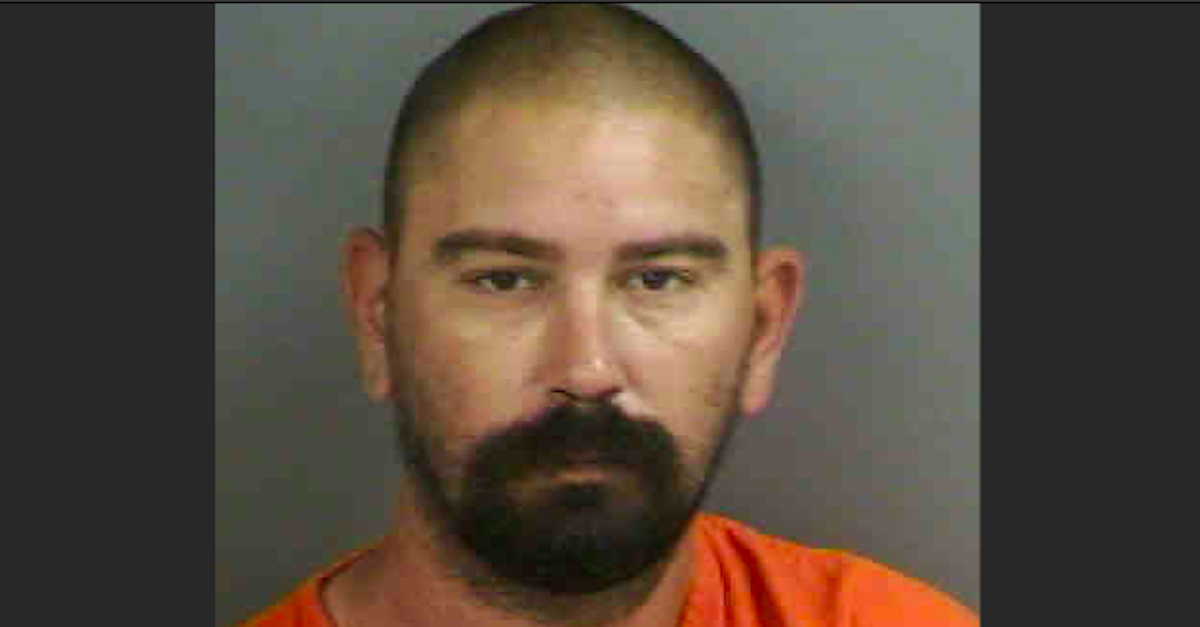 Michael A. Pritchard courtesy of the Collier County Sheriff’s Office

According to a press release from the Collier County Sheriff’s Office, a witness called the station on Thursday and told detectives that Pritchard confessed to killing a man who had previously been reported to authorities as missing. The Naples Daily said that the victim was reported missing by his family.

The witness told detectives the 35-year-old Pritchard told him he shot and killed the man, then buried the body near the house.

The following day, detectives obtained and executed a search warrant on Pritchard’s property at approximately 7:30 a.m. in Golden Gate Estates. After a brief search of the property, investigators reportedly found the body of the missing man “buried in a shallow grave near the residence” in the same location where the witness said Pritchard told him the remains would be.

Deputies arrested Pritchard shortly after digging up the body and charged him with one count of felony second-degree murder, per the sheriff’s office.

The sheriff’s office said it could not release Pritchard’s address because doing so could potentially reveal the name of the victim, whose identity cannot be disclosed under Marsy’s Law, a voter-approved amendment to the Florida constitution aimed at protecting the privacy of crime victims.

While authorities only said that Pritchard and the victim “knew each other,” Fort Meyers CBS affiliate WINK-TV reported that the victim was a tenant of Pritchard’s who paid rent and lived with him on the property where his body was discovered.

After being taken into custody, Pritchard was processed and is currently being held in the Collier County Jail without bond.

Pritchard’s latest arrest had not been updated in the Collier County Jail database, but online records show that he was previously arrested Jan. 22, 2019 and charged with one count each of battery for touching or striking another person against their will and resisting a law enforcement officer without violence. The records say he posted bond the following day and had a court appearance on Feb. 2, 2019.

The sheriff’s office did not immediately respond to an email from Law&Crime seeking additional information about the case and Pritchard’s previous arrest.