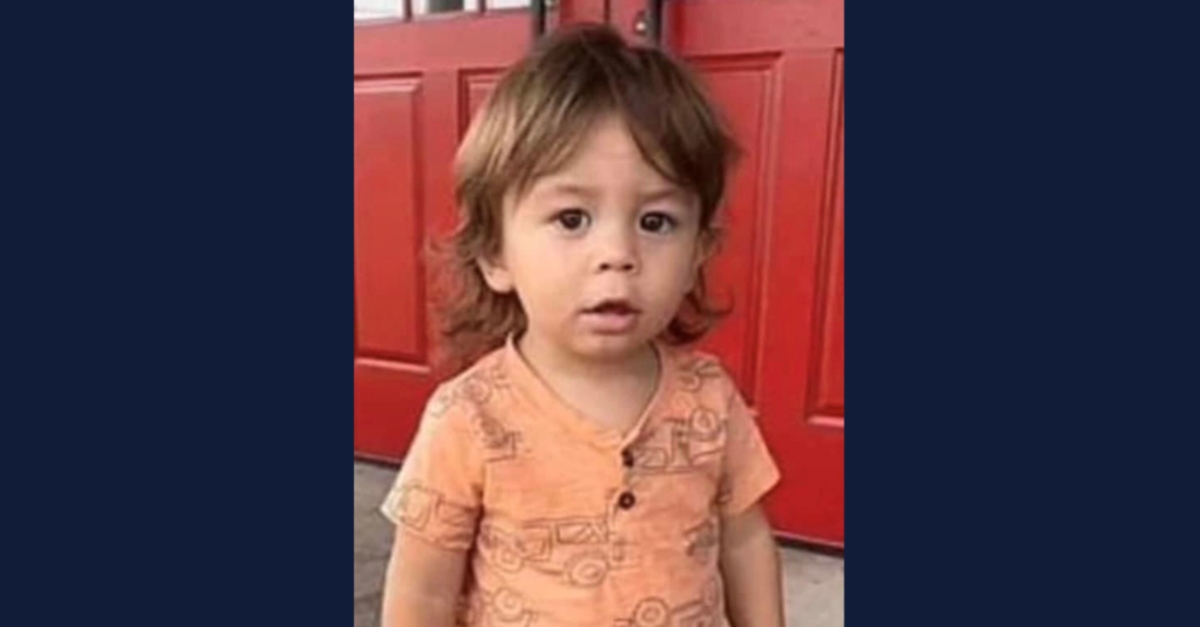 The FBI has confirmed the worst possible news in the search for a missing 20-month-old toddler: the human remains recently found at a Georgia landfill belonged to Quinton Simon.

“The FBI Laboratory Division has confirmed through DNA analysis the bones found in the Superior Landfill are those of missing 20-month-old Quinton Simon,” the Atlanta field office said Monday afternoon.

It’s a tragic, straightforward, and pivotal development in the case against the toddler’s 22-year-old mother Leilani Simon, who is charged with murdering Quinton.

#FBI Atlanta has confirmed through DNA analysis that the bones found in the Superior Landfill are those of missing 20-month-old Quinton Simon. @ChathamCountyPD pic.twitter.com/GxsYnQ3ukX

Leilani Simon reported her son missing from their home back on Oct. 5, officers said. Seven days later, cops were saying they thought he was dead and his mother the prime suspect.

Law enforcement said they combed through 1.2 million pounds of trash for more than 30 days.

“The FBI’s expertise was instrumental in solving this case and locating Quinton,” said Chatham County Police Chief Jeff Hadley, speaking before the FBI positively identified Quinton. “They are the undisputed experts in missing child cases, and they were with us at every turn in our investigation. Their expertise, manpower, and resources are unmatched and we are tremendously grateful for the FBI’s assistance.”

Details regarding Leilani Simon’s arrest in connection with the death and disappearance of her toddler son, Quinton, can be found in our press release:https://t.co/CphvbTeEcW pic.twitter.com/JJIx1tvtlj

“We believe that he was placed in a specific dumpster at a specific location, and it was brought here by regular means,” Hadley told reporters in a press conference on Oct. 18.

Leilani Simon voiced hope that her son would be found.

“I’m here, I’ve been here, every day since this,” she told WTOC in a Oct. 24 interview. “I’m not running and I’m not hiding. And if something does come up that I’m at fault, I will take myself to that police station.”

“We want him back in our arms, holding us, is what we want,” she said. “We just hope that he’s in somebody’s house and they’re feeding him, or hoping that, you know, they wanted a baby or couldn’t have a baby. Maybe they thought they were his savior. That’s our best hopes at this point.”