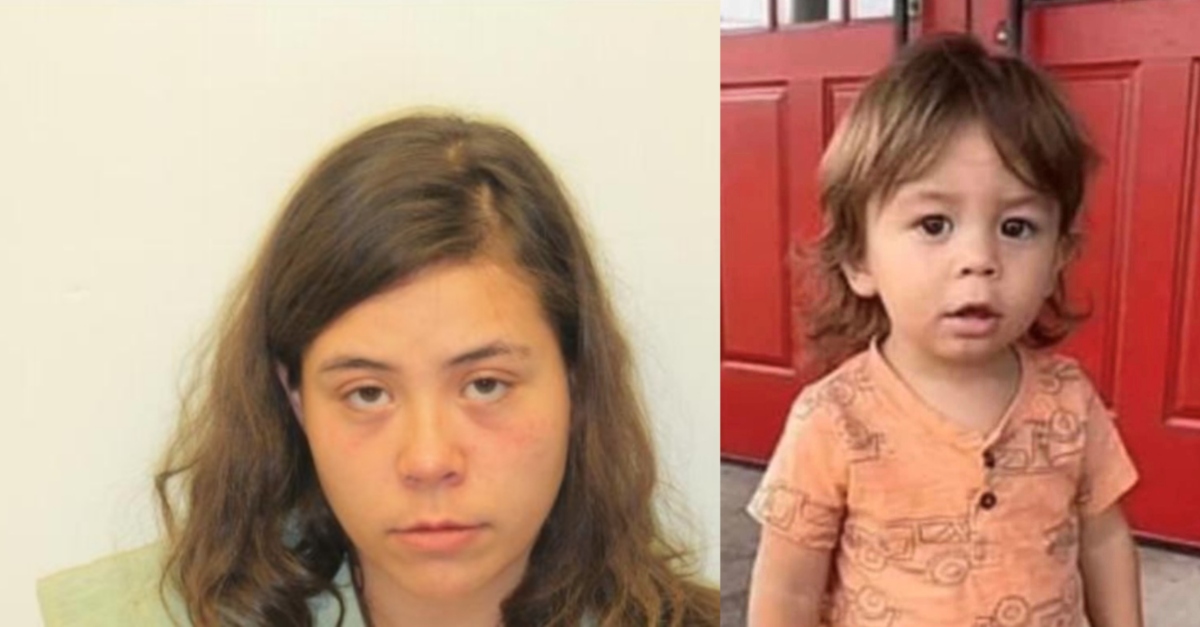 Police followed through on their prior suspicions, arresting the mother of a missing Georgia toddler for his presumed death. Leilani Maree Simon, 22, was booked on Monday for murder, falsely reporting a crime, concealing the death of another, and false statements or writings, according to records from Chatham County Sheriff’s Office. Authorities say she reported her son Quinton Simon, 20 months old, missing back on Oct. 5.

“We are deeply saddened by this case, but we are thankful that we are one step closer to justice for little Quinton,” the Chatham County Police Department said.

The Chatham County Police Department has arrested 22-year-old Leilani Simon and charged her with murder in connection with the disappearance and death of her son, 20-month-old Quinton Simon.

“Leilani Simon was taken into custody a short time ago, and is being transported to the Chatham County Detention Center where she will be held while she awaits a bond hearing,” cops said. “We do not anticipate any other arrests in connection with this case.”

Police previously named defendant Simons as a suspect but only announced charges on Monday. They said last month that they believed young Quinton was dead, that he was discarded in a dumpster, and the contents of that dumpster taken to a local landfill.

“We believe that he was placed in a specific dumpster at a specific location, and it was brought here by regular means,” Chatham County Police Chief Jeff Hadley told reporters in a press conference Oct. 18.

Cops at the time cryptically said they did not believe Leilani Simon to be a flight risk.

“Is Leilani Simon still the only suspect?” a reporter asked in October.

Hadley declined to explain in October why they did not think Simon was a flight risk. When asked why there are no charges, he said it was too soon.

“Because we’re not ready to charge anyone yet,” he said. “We still have work to do. We still have an investigation to do, and we are not going to do anything preemptively that would harm future prosecution.”

The CCPD previously said that Quinton Simon’s disappearance did not appear to be the result of a child custody dispute and that his biological father is not a suspect in his mysterious disappearance. There was also demonstrable friction between the grandparents and the child’s mother.

“They have damaged my property and at this point no one is living in peace,” Billie Jo Howell wrote in the filing.