Pharma CEO Cashed Out $10,000 from Casino, But Man Followed Him Home and Murdered Him: Authorities 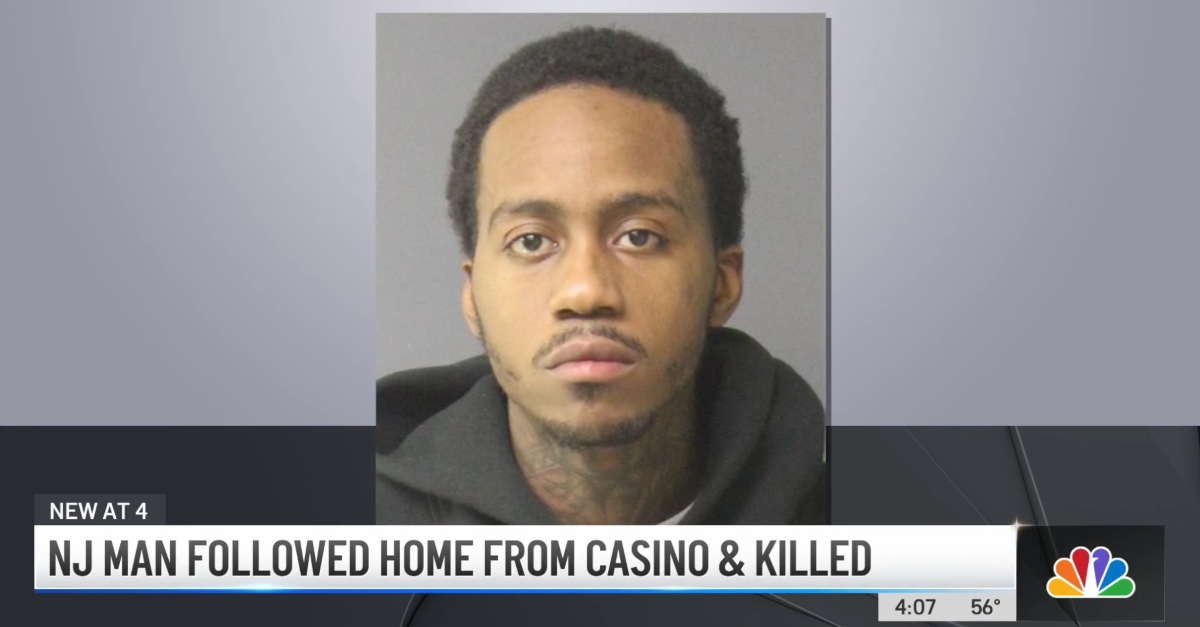 A man is accused of following a pharmaceutical executive for 50 miles home from a casino and murdering him. The Middlesex County Prosecutor’s Office announced the arrest of Jekai Reid-John, 27, on Wednesday.

Authorities were called out to the home on Briardale Court in New Jersey early Tuesday after a report of shots fired, prosecutors said. They found Plainsboro man Sree Aravapalli, 54, having sustained multiple gunshot wounds.

They took him to a hospital, where he was pronounced dead.

“An investigation by Detective William Atkinson of the Plainsboro Police Department and Detective Paul Kelley of the Middlesex County Prosecutor’s Office determined Aravapalli was fatally shot in his home during an attempted robbery,” prosecutors wrote. “The investigation ultimately determined Jekai Reid-John, 27, of Norristown, PA targeted Aravapalli in Pennsylvania and followed him home to his Plainsboro residence where the offense occurred.”

Aravapalli’s wife and daughter were sleeping upstairs when the shooting happened, according to authorities in an NBC New York report. A neighbor claimed to hear a car speeding away, investigators said. Loved ones mourned Aravapalli at a mausoleum in South Brunswick. He was the CEO of Aurex Laboratories. He had reportedly cashed out about $10,000 in winnings that night at the casino.

“In the daytime, you can at least figure out that somebody is following you,” Vivek Taneja said, according to the outlet. “But at night, no, never. I’ve been to Vegas, Atlantic City, but no, I never thought that somebody would follow me. I think I need to be watchful all the time, not just at casinos.”

Reid-John was arrested in Pennsylvania and was scheduled for extradition to New Jersey. He is charged with one count of first-degree murder.

Authorities said Aravapalli was at the Parx Casino in Bensalem Township, Pennsylvania, according to The Morning Call. Surveillance footage showed two people around Aravapalli that night, court documents said. One of them used a debit card there in the name of Reid-John.

The BMW continued to follow Aravapalli off the Turnpike at 3:20 a.m. Investigators got the 911 call about 18 minutes later, officials said.

Authorities said they tracked down Reid-John to a Norristown, Pennsylvania, address, where they found a white BMW. This vehicle had a Pennsylvania registration, with a pair of Dior B23 high top sneakers in the back seat that matched what one of the people at the casino wore, investigators said.

A black Acura TLX turned around on seeing cops there, authorities said. This had a Delaware temporary registration, police said. Officers performed a traffic stop. They said Reid-John was in the passenger seat, and his girlfriend was driving.

That girlfriend allegedly said that Reid-John was out Monday night with the white BMW and returned early Tuesday. Reid-John allegedly told cops that he was driving the vehicle Monday, and admitted he was at the casino, where he got food. He asked for a lawyer when police asked what he did after the casino, authorities said.