Family Members of College Lacrosse Player Murdered by Ex-Boyfriend Should Get $15 Million: Jury 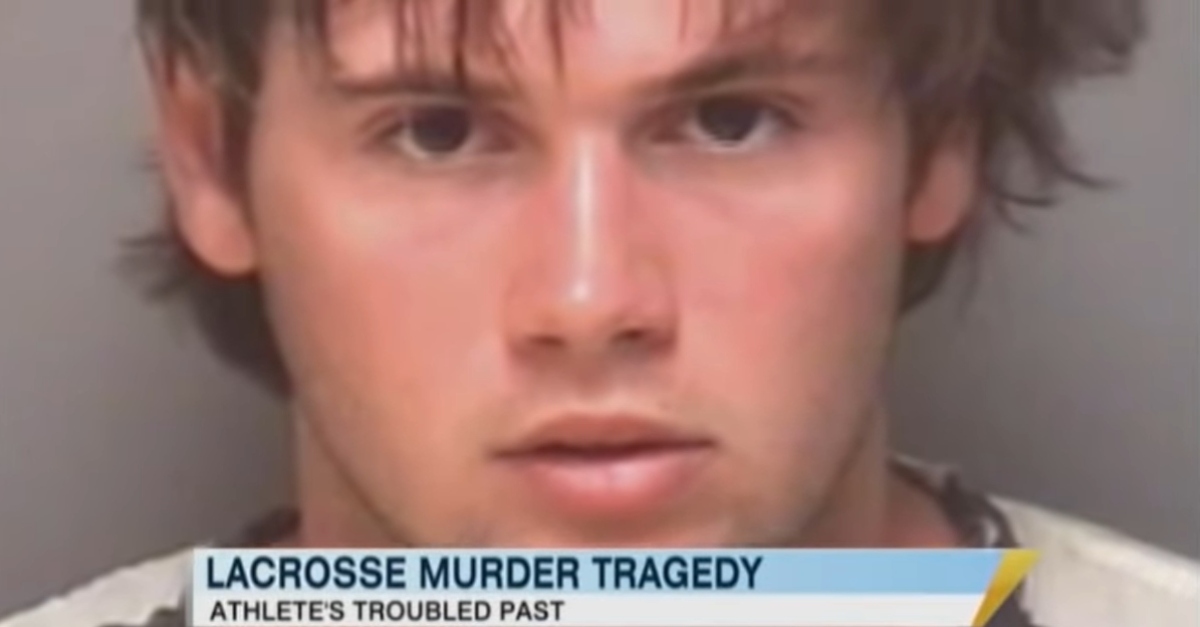 A jury has determined that the mother and sister of a college student who was murdered by her on-again, off-again boyfriend should get $15 million from the man who beat her to death.

The defense lawyer for George Huguely V, now 34 and serving a 23-year prison sentence for second-degree murder, said that his client accepted both criminal and civil responsibility for killing Yeardley Love, 22. However, he had argued for an amount far less than the plaintiffs’ demand for $29.5 million in compensatory damages and $1 million in punitive damages, according to The Daily Progress.

Huguely attorney Matthew Green requested that jurors award a total of $1.5 million: Yeardley’s mother Sharon Love and sister Lexie Love would both get $250,000 for services lost and $500,000 each for damages over emotional pain and suffering.

“No resource was spared during the investigation and trial, and justice has already been served,” he said.

Green said they did not plan to appeal the $15 million verdict, however, and he welcomed the jurors not awarding punitive damages.

“We think the result of the jury in granting the defense request not to award punitive damages shows that George got a fair trial ten years ago and justice was done at that time and no additional punishment was warranted,” he said.

Tuesday marks 12 years since Huguely broke into Love’s apartment and fatally beat her. Both were students at the University of Virginia and played on the lacrosse teams.

They were romantically involved in a relationship that Huguely construed as on-and-off. According to multiple accounts, Huguely was abusive and possessive, reportedly choking Love during a party in February 2010. He also admitted in testimony in his civil trial to once attacking a lacrosse teammate, pulling the young man from bed and punching him because he believed the teammate had sex with Love, according to The Daily Progress.

“I should have killed you,” Huguely wrote Love in one email during an argument.

He tried to walk back that statement in testimony, but Love family attorney Paul Bekman called him out for killing Yeardley.

“This is a horrible, nasty exchange that I have no explanation for and I know if Yeardley was here she’d say that too,” Huguely said.

Huguely testified that he had a drinking problem at the time and did not remember much of the killing, including breaking into Yeardley’s room or injuring her. He said that he only remembered her with blood coming out of her nose.

“I was drinking all the time.” George Huguely V testified on the night he left Yeardley Love, a fellow UVa student, fatally injured. He compared his memory to a slideshow with 98% of slides removed. https://t.co/jEGQvSg0Ax

The jury has reached a verdict in the George Huguely civil trial.
Huguely was convicted of Murdering Yeardley Love on May 3, 2010.
We’re waiting on the verdict to be read in court. Stand by. @sarahrobinsontv will have more. pic.twitter.com/vWIIxzLviL

Lawyer Kevin Biniazan, another attorney for the Love family, told jurors that in the civil case—unlike in criminal trials—Huguely’s drinking could not be considered a mitigating factor. In fact, Biniazan said, the jurors in the civil case could only consider the fact that Huguely had been drinking as a compounding factor of his culpability.

Huguely apologized in court, saying that he “would do anything to take back that night” and that he took responsibility for what happened to Yeardley. In response, Yeardley’s sister Lexie reportedly shook her head and quietly tried to hold back a sob.

Green, Huguely’s lawyer, said he and his client still have to determine how payment will be made. He suggested that Yeardley’s family may collect one-third of Huguely’s earnings, which amounts to 18 cents of his 55-cent wage from prison work.