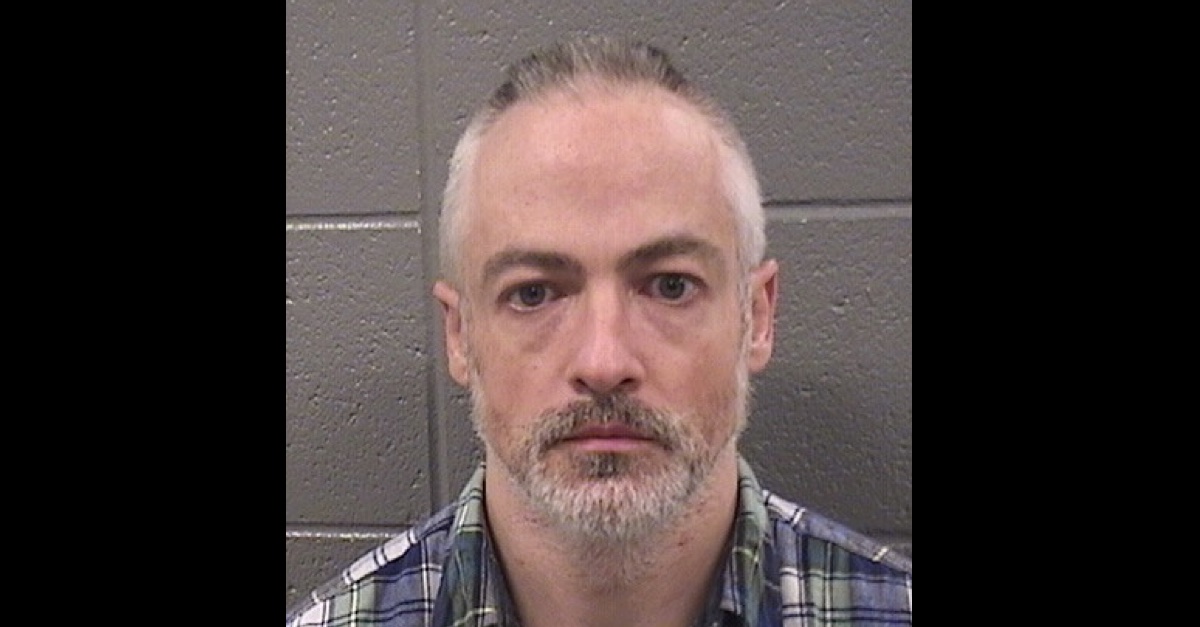 Wyndham Lathem appears in a photo released by the Cook County Sheriff’s Office.

Wyndham Lathem, a former Northwestern University professor and renowned microbiologist, was convicted Thursday of first-degree murder in the 2017 stabbing death of his boyfriend Trenton Cornell-Duranleau.

The two suspects fled to California and were arrested there days later.

The Chicago jury took less than two hours to decide the case. Jurors were sent to deliberate around 3:30 p.m. and reached their decision at around 5:15 p.m., the Associated Press reported.

Prosecutors had long believed that Lathem and Warren carried out the killing as part of a sexual fantasy that originated in an online chatroom.

At trial, prosecutors painted Lathem as a cold-blooded killer who had initially made a suicide pact with Warren, who was then a financial officer at Oxford University. Prosecutors argued that Lathem recruited Warren; they also introduced evidence that Lathem had chatted online with people about so-called “snuff” fantasies, the Chicago Tribune reported. The defendant later characterized those “snuff” fantasies as harmless role-playing.

Prosecutors also said that Lathem sent a video to his parents in the days after the stabbing.

“I killed him,” the defendant allegedly admitted while also claiming that the slaying wasn’t an accident, the Tribune also reported.

Lathem’s defense attorneys argued that Warren was the true mastermind. On the stand, Lathem insisted that he didn’t participate in the murder but instead “hid in the bathroom like a coward,” the AP reported.

Warren, however, testified that he stabbed Cornell-Duranleau only after Lathem had already started stabbing him, according to the AP.

Lathem also said on the stand that he didn’t try to stop Warren from killing his boyfriend. He also admitted that he took a shower before the two fled to the West Coast together.

“Eight days he spends on the run with Andrew Warren, the real killer,” Assistant State’s Attorney Yolanda Lippert said, using her fingers to put air quotes around the words “real killer,” according to the Tribune report. “That is not the action of an innocent person. It is the actions of a murderer,” Lippert told jurors.

Warren pleaded guilty in 2019 in exchange for a 45-year prison sentence. He then testified against Lathem at the subsequent trial.

After the verdict Thursday, Cornell-Duranleau’s mothers expressed gratitude for the prosecutors and the jurors, according to the Tribune report.

“The jurors, I wouldn’t even know what to say to them,” Charlotte Cornell said, referring to the days the jury spent looking at graphic photos of the crime scene and autopsy. “I feel so bad for what (they) have seen. And I know their lives are going to be changed just like ours.”

Cornell-Dureanleau had moved to Chicago from the Grand Rapids, Michigan area after receiving his cosmetology license. Mischelle Duranleau told the Tribune that she and Cornell hoped that their son’s death would encourage parents to have honest conversations with LGBTQ kids about safety.

Cornell added that the couple hoped the case would “help other parents and kids to the dangers that could be out there.”

Lathem’s defense attorney Adam Sheppard said in a statement that the defense team was “disappointed” but planned “to pursue all available remedies on our client’s behalf,” according to the Tribune.

Wyndham had been an associate professor of microbiology-immunology at Northwestern’s Chicago campus since 2007, the Daily Northwestern reported.