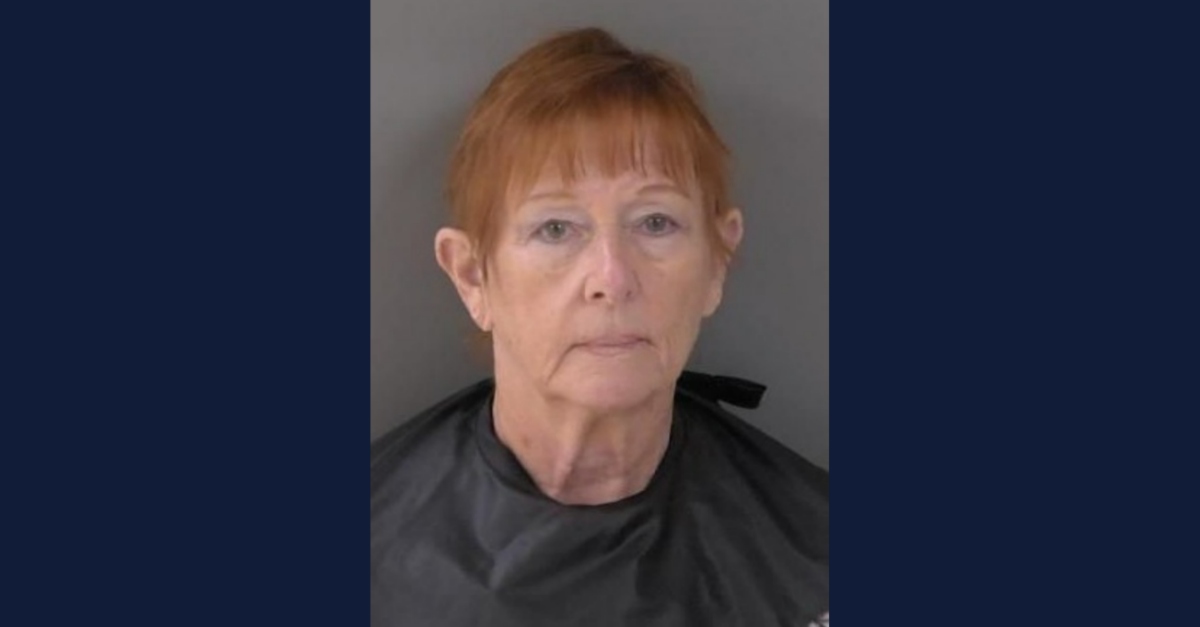 The former administrator of a Catholic church allegedly took hundreds of thousands of dollars from parishioners’ donations, say police. Deborah Lynn True, 69, was arrested this week for organized fraud in the amount of $50,000 or more.

Cops in Vero Beach also implicated the since-deceased Father Richard Murphy in this alleged scheme. Though authorities did not go into the same detail about his alleged actions to the extent they did with True, they claim Murphy started a bank account with the defendant and that this bank account was hidden from the diocese.

“In December 2021, the Vero Beach Police Department was contacted by the Diocese of Palm Beach in regards to a fraudulent bank account and possible misappropriation of funds that occurred over the course of approximately five years at Holy Cross Catholic Church, 500 Iris Lane, Vero Beach, FL,” cops said.

During the nine-month fraud investigation, authorities learned True and Murphy opened this account in the name of “Holy Cross Catholic Church” in 2012, according to the law enforcement statement. This account was hidden from the diocese, officers said.

Bank records revealed almost $1.5 million in parishioner’s donations were put in the account since 2015, officers said.

When Murphy died in 2020 at the age of 80, Vero News reported that True was his caregiver. She said he was battling a chronic illness, and his passing was unrelated to COVID-19.

“I will miss everything about him,” she told the outlet at the time. “He was such a fantastic leader. He cared about the parishioners and they cared about him. He believed we needed to reach out to people in the community whenever there was a need.”

True spoke in glowing terms about the Ireland-born man of God, who served as the Holy Cross pastor for almost 23 years and had also worked in parishes throughout south Florida. He took over the church on July 1, 1997 after his predecessor John O’Hare retired, and Murphy continued until his own death on March 22, 2020, according to the church website.

“He really cared about Vero Beach,” True said. “He was a private person who didn’t like accolades or awards. He did stuff from the heart.”

Police said True turned herself in at the Indian River County Jail on Monday. Records show she posted a $25,000 surety bond the next day. An arraignment is scheduled for Nov. 3. She has no attorney of record.

A staffer at the church referred us to a spokesperson for the Diocese of Palm Beach.

“Criminal charges were recently filed by the State Attorney’s Office related to financial irregularities discovered last year by the Diocese of Palm Beach at Holy Cross Catholic Church in Vero Beach,” stated the diocese statement obtained by Law&Crime. “The Diocese of Palm Beach reported concerns to local law enforcement after discovering these irregularities and has fully cooperated throughout their investigation. The diocese understands that an arrest has been made of a former employee. The Diocese of Palm Beach is committed to financial accountability in all of its parishes and entities and will continue to cooperate in this process. This matter does not involve the current pastor at Holy Cross Catholic Church in Vero Beach.”

Note: We added a statement from the diocese.