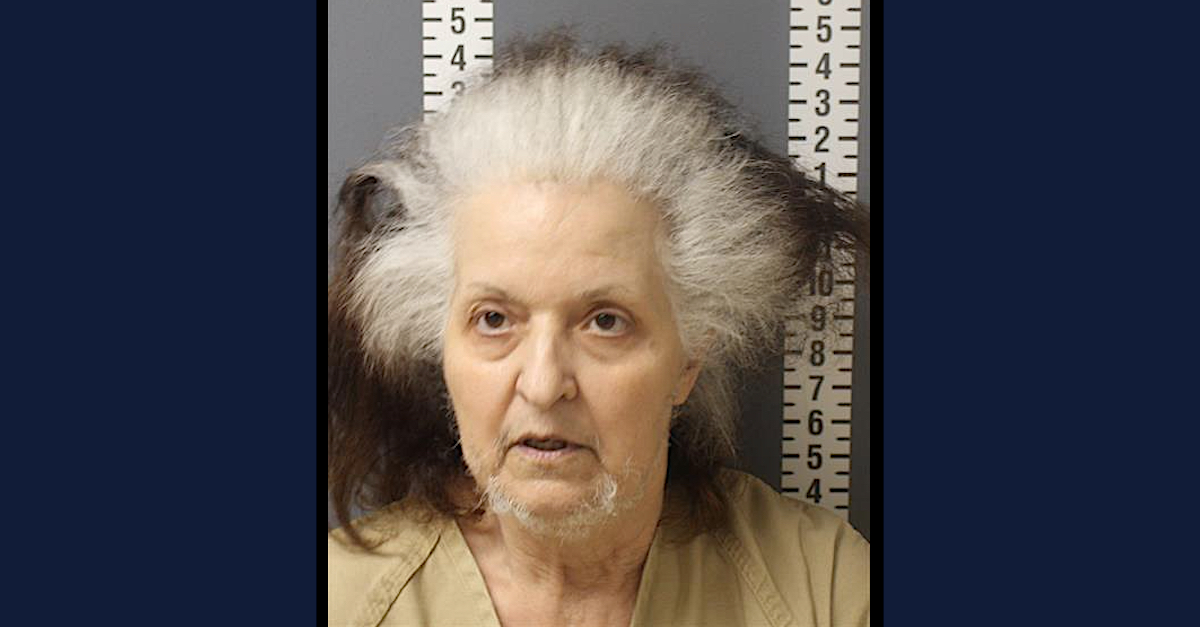 A Pennsylvania woman and perennial candidate for elected office has been charged in connection with the gruesome death of her husband.

Evelyn Zigerelli-Henderson, 66, stands accused of criminal homicide, aggravated arson, and arson resulting in danger of death or bodily injury over the grisly and disturbing early-morning discovery made at a house in Susquehanna Township, Pa. earlier this week.

According to Harrisburg, Pa. CBS affiliate WHP, Zigerelli-Henderson called 911 in the middle of the night. The defendant allegedly told a dispatcher she believed her husband had died after “starting a fire and burning himself.” The dispatcher took notes on the call, according to court documents obtained by the TV station, writing: “something is very off with the caller. She is hesitant to answer questions.”

Police reportedly arrived around 5:00 a.m. and found the man burned to death and nude on the couple’s back patio; he appeared to have fly larvae in his mouth and nostrils – suggesting he had been dead for awhile.

Law enforcement officers reportedly said they first suspected Zigerelli-Henderson when her story began to change. The defendant first allegedly told police that she and her husband had argued the night before and that she later woke up to find him burned to death outside. This initial version presented Carmen Henderson’s death as a suicide.

When presented with evidence that Zigerelli-Henderson told 911 about hearing her husband scream around 1:00 a.m., she allegedly revised her story to say his death was likely an accident caused by him smoking a cigar and starting a fire. An investigation by the Dauphin County Fire Investigation Team found that version of events to be “improbable.”

Numerous iterations of the narrative ensued, according to police.

Zigerelli-Henderson allegedly “eventually settled” on telling police that she saw her husband sitting in a folding camp chair with a lower pant leg on fire while screaming her name for help, according to court documents cited by York, Pa. FOX affiliate WPMT. In this story, the defendant allegedly picked up the phone to dial 911 amidst the flames but, in the end, she decided against placing the call. Police reportedly said she could not account for why she decided not to call when she knew he was on fire.

Investigators also reportedly quizzed the defendant on her relationship with the deceased and determined a financial motive for the alleged murder.

The two were allegedly deeply in debt. That debt, the presumed murderess allegedly told police, was largely her fault. Police say she admitted to spending all of the couple’s money on vacation homes, day spas, and other luxury goods and services. On top of that, she allegedly admitted that their shared business, Henderson Limousine Service, went out of business because she mismanaged the operation.

According to police, the couple’s “severe debt” included owing $40,000 due to a second mortgage on their home as well as owing back taxes. They also believed their property was going to be seized, Harrisburg ABC affiliate WHTM reported.