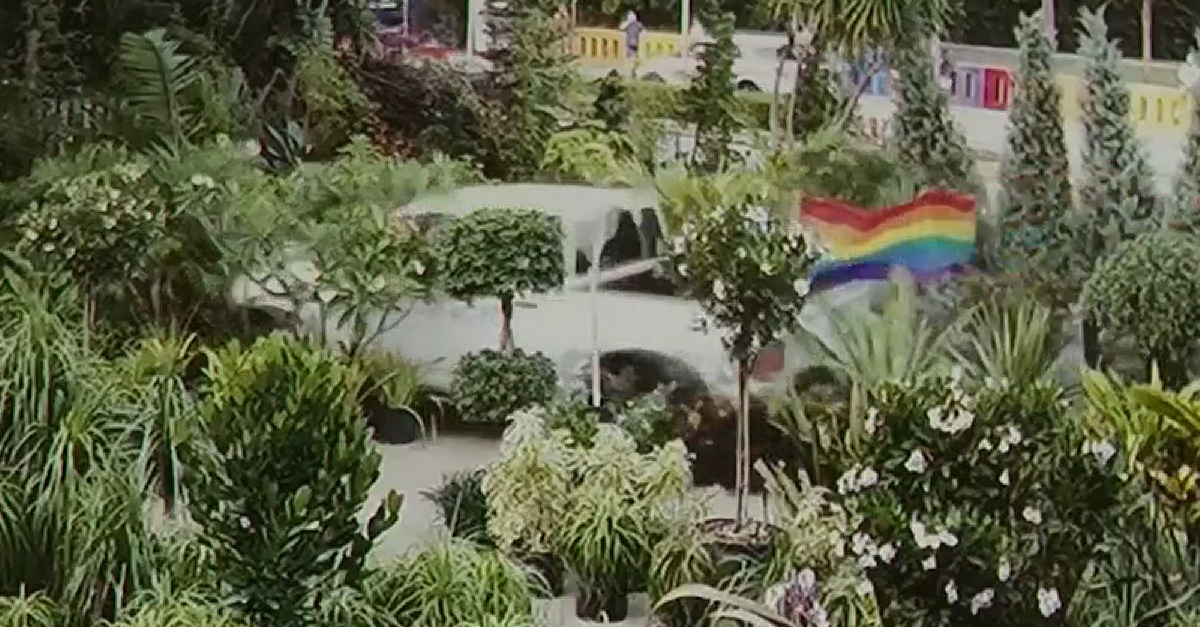 The driver in a tragic crash Saturday at a Pride parade in Wilton Manors, Florida is linked to a local gay men’s chorus.

“Our fellow chorus members were those injured and the driver was also part of the Chorus family,” said Justin Knight, president of the Fort Lauderdale Gay Men’s Chorus, according to a statement obtained by Local 10 and other outlets.

Statement posted by the group: “We are deeply saddened by the tragic death and injuries that occurred as a result of an unfortunate accident at the start of the Stonewall Pride Parade. As the Chorus family mourns together, we thank the community for their love and understanding.”

Footage from amid the fatal crash showed a white truck sporting a rainbow flag and barreling through a plant nursery. One person died and another was hospitalized, said the Broward County Sheriff’s Office. Sheriff Gregory Tony said the incident happened “within feet” of him and his team, but he did not elaborate, simply saying late Saturday that “authorities are still gathering information.”

One person has died and the other remains hospitalized.

This tragedy took place within feet of me and my BSO team, and we are devastated having witnessed this horrific incident.

There were immediately fears that the crash could have been on purpose, amid increasing numbers and high-profile incidents of drivers hitting protesters, and Florida Gov. Ron DeSantis recently signing a law that removed civil liability for drivers who claimed self-defense in hitting protesters.

But some local figures suggest Saturday’s incident could be an accident. Not an attack, but a tragic mistake. From Wilton Manors City Commissioner Chris Caputo:

It seems increasingly probable it was an accident. Still filled w sadness.

In response to yesterday’s heartbreaking accident in #WiltonManors at #StonewallPride, our community will come together for a vigil tonight. This accident has saddened us all. It was not a terrorist attack. pic.twitter.com/5r4dXyFspz

The driver and victims have not been identified. Investigators have not suggested a possible explanation.