Mark Scheetz Sentenced to Life in Prison for Sodomy of a Child, Rape

Disgraced School Resource Officer Gets Life Behind Bars for Sodomy of a Child Under 14 Years Old, Rape 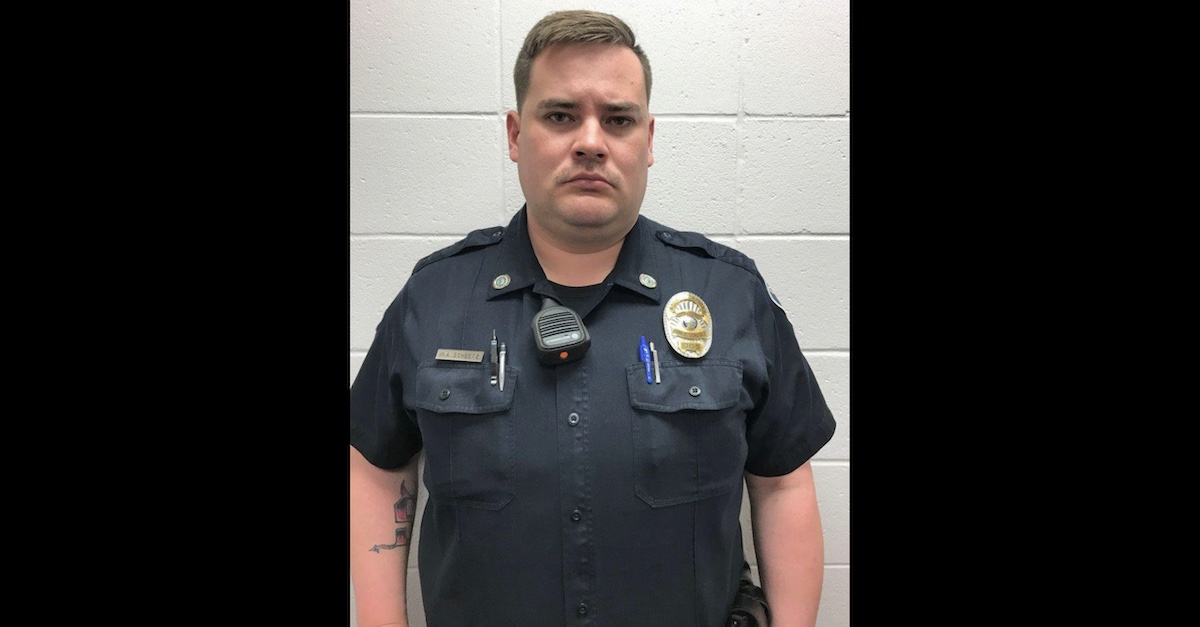 The Kansas Attorney General’s Office announced on Tuesday that a former sheriff’s deputy and former school resource officer convicted of aggravated criminal sodomy of a child younger than 14 and rape was sentenced to life in prison with the possibility of parole after 50 years, when the defendant would be in his eighties. Mark Scheetz, 32, was convicted by a jury of his peers in April of two counts of criminal aggravated sodomy, two counts of rape, and other crimes.

In May 2019, the Kansas Bureau of Investigation announced that Scheetz, then a school resource officer for the “Kansas City, Kansas Public Schools Police Department, assigned to F.L. Schlagle High School,” was arrested on allegations of rape and sodomy for incidents dating back to between 2012 and 2015 in Norton County.

In April 2021, Scheetz was convicted on all charges, which also included allegations of sexual exploitation of a child and intimidating a witness.

Kansas Attorney General Derek Schmidt’s (R) office said in a news release that District Judge Preston Pratt sentenced Scheetz to life in prison on Tuesday for two Jessica’s Law counts, in this case aggravated criminal sodomy against a child under the age of 14.

“[A] defendant who is 18 years of age or older and is convicted of the following crimes committed on or after July 1, 2006, shall be sentenced to a term of imprisonment for life with a mandatory minimum term of imprisonment of not less than 25 years,” Kansas law says. Jessica’s Law is designed to punish certain sex offenses against children more severely.

An additional 38 months in prison was added to Scheetz’s life sentence for the sexual exploitation of a child and witness intimidation offenses.

[Image via Kansas Bureau of Investigation]