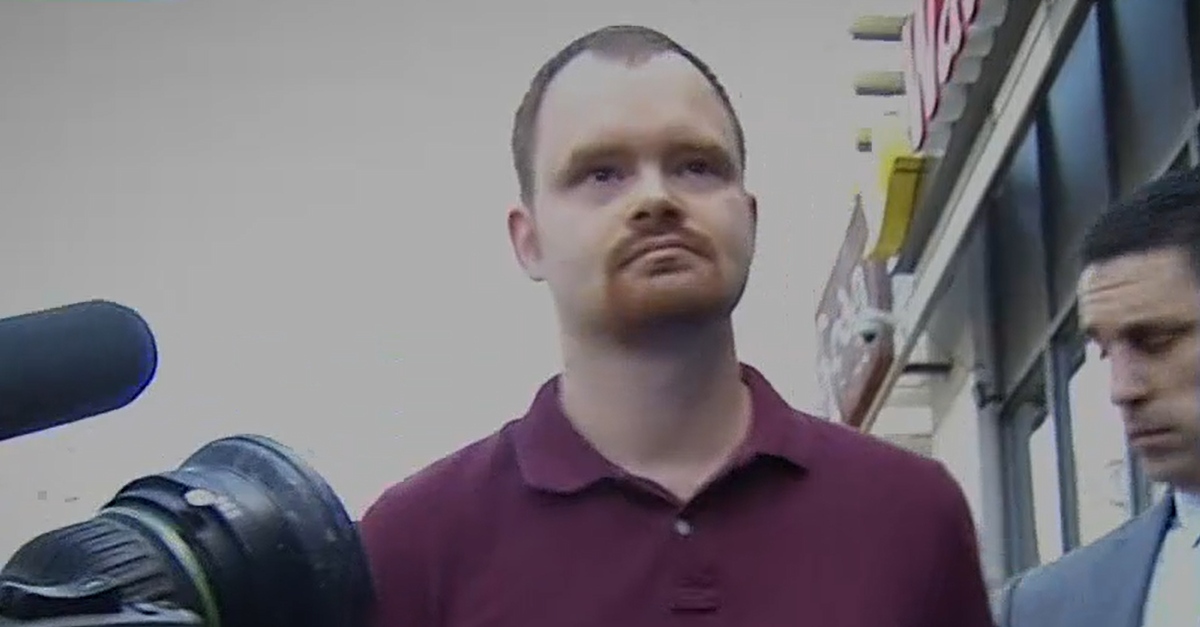 Brandon Bostian during his arrest.

Jurors acquitted an Amtrak engineer for a fatal 2015 crash after his defense maintained the tragedy was a mistake.

An Amtrak engineer was cleared of charges related to a deadly, high-speed derailment that left eight people dead and hundreds injured in Philadelphia in 2015. The jury acquitted 38-year-old engineer Brandon Bostian of causing a catastrophe.https://t.co/7ih6TOSmu0

Bostian was driving train 188 on the way to New York City through Philadelphia when the train derailed, going more than twice the 50 mph speed limit. Eight people died, and more than 200 sustained injuries in the May 2015 crash. Amtrak agreed in 2016 to pay a $265 million settlement to victims.

Charges included involuntary manslaughter and reckless endangerment. Prosecutors tried to show that Bostian knew where he was and still sped up the train. They brought up testimony about the extensive training engineers like him went through.

“I’m qualified, so I had to know where I was,” said Conrail engineer James Waters, who testified about overhearing the crash in an office trailer and witnessing the aftermath.

McMonagle maintained his client was distracted by train chatter about objects being thrown at two trains. One of the engineers required medical help because his windshield was broken and glass thrown at his face. The other engineer radioed that his train had been “shot at.”

“There was an attack on two moving passenger trains right outside of North Philadelphia that day,” McMonagle said, according to WTXF. “My client’s driving and operation of his train that day was perfect until two trains came under attack.”

Investigators with the National Transportation Safety Board had determined that Bostian lost his bearings because the radio chatter distracted him.

Senior Deputy Attorney General Christopher Phillips dismissed the defense’s stance on the chatter. Prosecutors said the two engineers who dealt with those projectiles managed not to derail their trains.

There was no evidence of mechanical failure. Bostian tested negative for drugs and alcohol and had a spotless driving record up to that point. He also was not asleep during the incident.