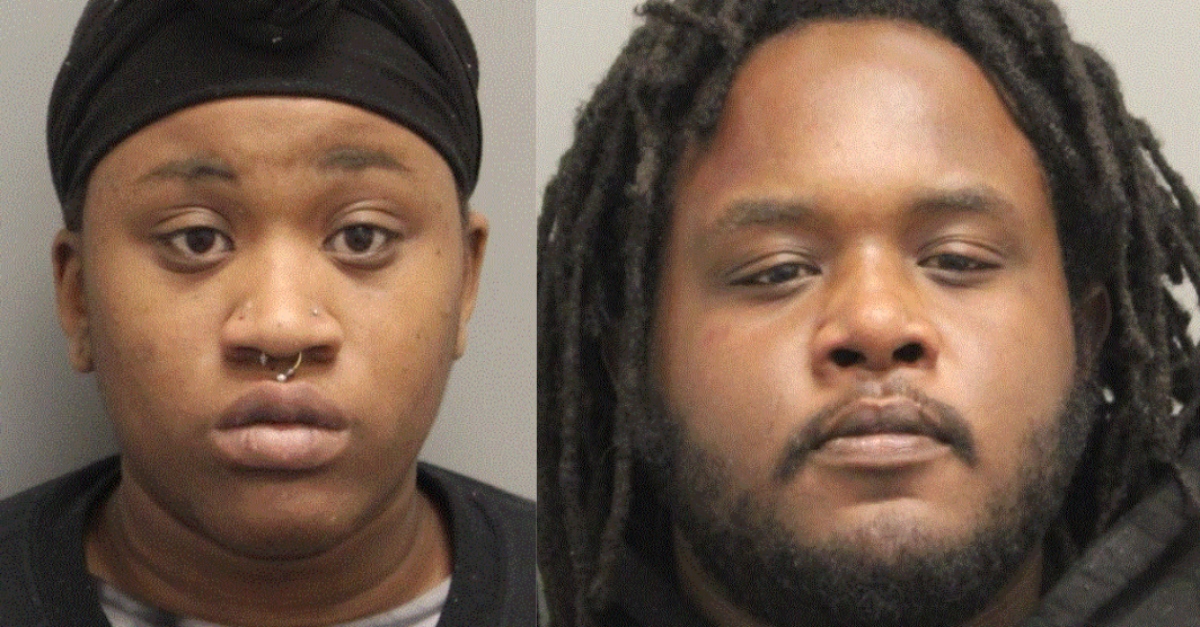 Parents never reported having a young girl, and then they murdered her within months her through sheer neglect and buried her on their property, say police in Delaware. Angel Toran, 22, and Ny’Jier Murphy, 24, were arrested Thursday, according to state cops.

Officers said they responded on Oct. 10 to the couple’s home in the town of Magnolia. Members of the Division of Family Services joined them in checking on the welfare of a baby.

“DFS received information that an infant possibly died at home, and the death was unreported to authorities,” state police said. “When troopers initially arrived at the residence, Toran and Murphy were not home but arrived a short time later. When troopers contacted Murphy, a concealed Glock 19 model 9mm handgun was observed in a holster on his hip. A computer inquiry determined Murphy does not possess a permit for carrying a concealed deadly weapon in the State of Delaware.”

It turned out that Toran gave birth to a baby girl at home back in April 2021, but never reported this to the state, officers said. The child, whose name authorities did not release, died at five months old in the middle of September, cops said. Not only did no one report the death, but investigators determined the girl succumbed to severe malnourishment.

The state attorney general’s office filed charges. Both Toran and Murphy face a count of murder by abuse or neglect first-degree recklessly causing the death of a child, and conspiracy in the first degree. Murphy also faces a count of carrying a concealed deadly weapon.

“On February 10, 2022, Toran and Murphy responded to Delaware State Police Troop 3,” cops wrote. “As Ny’Jier Murphy was notified of his arrest warrant by troopers, he resisted arrest and was taken into custody after a brief struggle. Toran was arrested without incident.”

“They are very nice kids, and their grandparents are very nice,” he said. “I was shocked when I read the report. I said, ‘No, they wouldn’t do that. Something’s not right.’ I don’t think they would let their baby starve.”