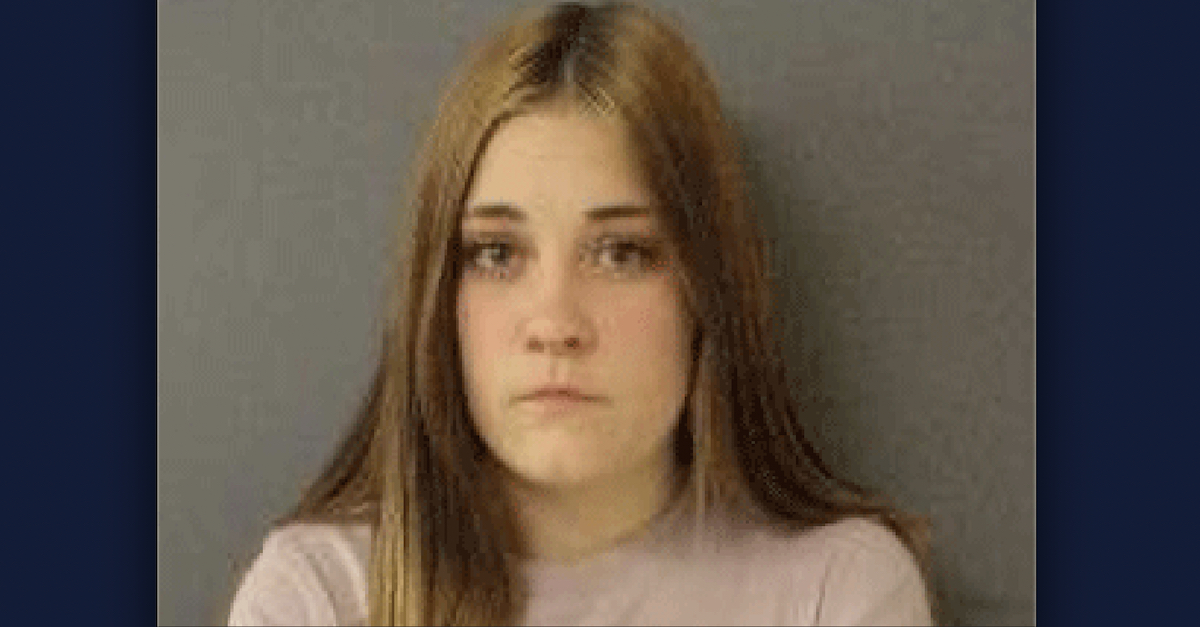 A 19-year-old former daycare worker in Nebraska was arrested last week after she allegedly filmed herself abusing a toddler and posted the video to Snapchat where it was viewed by the baby’s mother. Courtney Ann Stickley was taken into custody Saturday and charged with one count of child abuse not resulting in serious bodily injury, authorities confirmed to Law&Crime.

According to an arrest affidavit obtained by Kearney ABC affiliate KHGI, the child’s mother on June 13 reported to the Perkins County Sheriff’s Office that her 20-month-old son was the victim of an assault. A sheriff’s sergeant opened an investigation into the alleged assault, which is said to have taken place on April 25 at a day care facility in Grant, Nebraska.

Grant is near the border between Nebraska and Colorado.  It’s about three hours and fifteen minutes east of Denver.

“The boy’s mother reported the incident to law enforcement after she was provided with a Snapchat video taken by Stickley that reportedly showed her sweeping the boy’s feet out from behind him, causing him to fall and land on the floor, striking his buttocks, back and head before he cried,” KHGI reported. “The sergeant says this was believed to be done knowingly and intentionally as the video started recording prior to Stickley sweeping the boy’s legs out from behind him.”

When contacted by law enforcement about the alleged assault, Stickley was reportedly less than cooperative.

The investigating sergeant on June 24 contacted Stickley in an attempt to schedule an interview, but the 19-year-old reportedly told the sergeant that she was “too busy to do so for the next two to three weeks,” per KHGI.

Law enforcement authorities in Grant on June 25 stopped Stickley based on a reckless driving complaint. She was then taken into custody on the child abuse charge at approximately 10:59 p.m.

According to the sheriff’s office, Stickley was processed and transported to the Keith County Jail in Ogallala. She was later released after posting 10-percent of her $7,500 bond. She is currently scheduled to appear in Perkins County Court on Wednesday, July 6 at 1 p.m.