Connecticut Woman Convinced Husband He Had Alzheimer’s So She Could Steal $600,000 Over 20-Year Span: Police 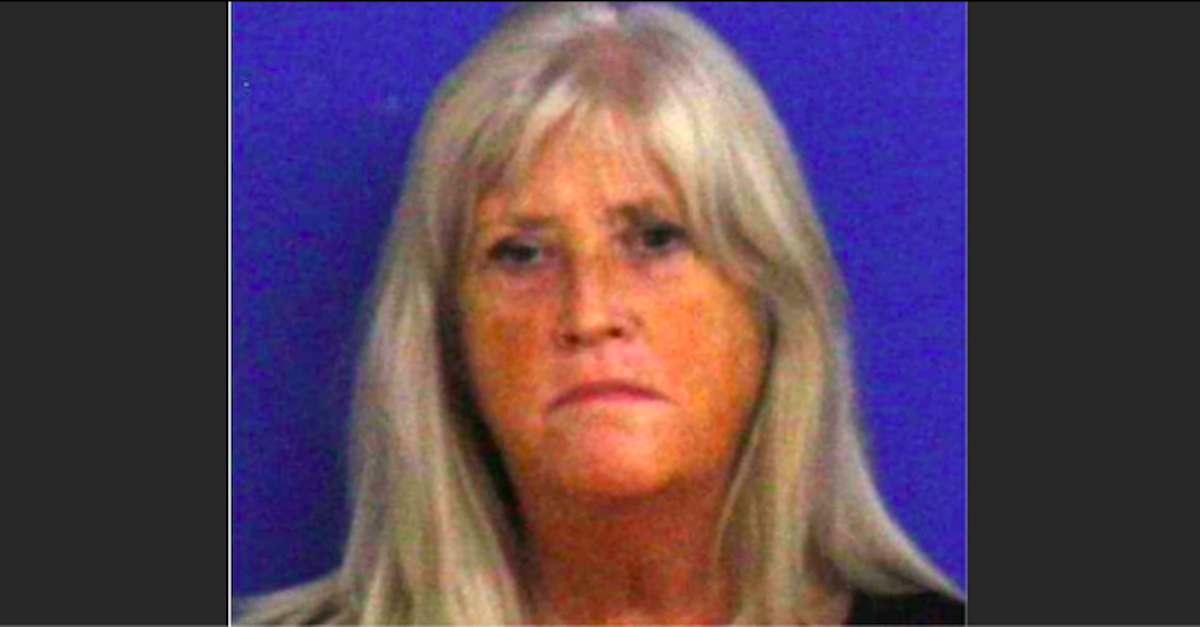 A 63-year-old Connecticut woman was arrested this week after police say she spent the last two decades convincing her 73-year-old husband he had Alzheimer’s as part of a nefarious scheme to steal more than $600,000 of his money.

According to the report, Marino spent roughly 20 years cashing checks from her husband’s various sources of income and surreptitiously depositing the money into a secret bank account. Marino would reportedly forge her husband’s signature on bank and other legal documents, preventing him from finding out about his depleting accounts by gaslighting him into believing he had Alzheimer’s.

“She believed that convincing him that he had Alzheimer’s disease would prevent him from going to the bank, ultimately, to discover the low balances on his accounts,” Capt. Joseph M. Murgo said, according to a report from Patch.

Marino is also reportedly accused of pawning “some of her husband’s belongings, including jewelry and rare coins, without his knowledge or consent.”

The allegations of “large-scale fraud” were reportedly first brought to the attention of police in March 2020 when Marino’s husband and his adult daughter filed a complaint claiming the suspect had been siphoning money from him since 1999. The complainants further claimed that Marino “controlled all of his finances during their time together and that he had no idea that she was stealing from him,” Murgo reportedly said. “Marino would forge her husband’s signature on his pension checks, Social Security checks, worker’s compensation settlements, and other legal documents, before depositing the funds in a secret bank account without his knowledge.”

The scheme was reportedly brought to the victim’s attention a year prior to the report being filed with police, but Murgo said the man took that time to consider his options and to decide whether to file a formal complaint against his wife.

The man’s adult daughter reportedly told police that she wasn’t intentionally looking into her father’s finances, but came across the alleged theft incidentally “when she found financial paperwork lying around” his home pertaining to credit cards he had no knowledge about, per WTHN.

The investigation was initially called off at the request of Marino’s husband, but after he filed for divorce from Marino in January 2020 the probe was restarted at his request.

As investigators dug into the allegations, they reportedly discovered that Marino didn’t work alone in her alleged scheme. She also had a friend who allegedly notarized legal documents on her behalf that granted her power of attorney over her husband’s accounts.

“[Marino] fraudulently obtained power of attorney for her husband by having a friend, who is a notary public, sign the legal document when her husband was not present,” Murgo reportedly said. “She then used her Power of Attorney status to fraudulently file taxes in her husband’s name.”

Police records obtained by The Washington Post said investigators discovered that Marino had deposited a series of her husband’s pension checks into her mother’s bank account. Per the report, Marino told police she stole approximately $216,000 in pension funds and “mismanaged” about $28,000 in workers’ compensation settlements.

“During Donna’s interview, she advised this investigator she was able to hide these fraudulent activities from [her husband] by convincing him he had Alzheimer’s Disease,” police wrote, according to The Post. “Donna explained when [he] wanted to go inside the bank to make a transaction, she told him the last time he went inside he made a scene. Donna did this to prevent [him] from discovering the lower balance in their bank accounts.”

After a warrant was issued for her arrest, Marino turned herself in to authorities.

According to Patch, in a subsequent interview with police, Marino told detectives that “the mismanaged money was often used to help her other family members with things like rent, groceries and car payments, without her husband’s knowledge or consent.”