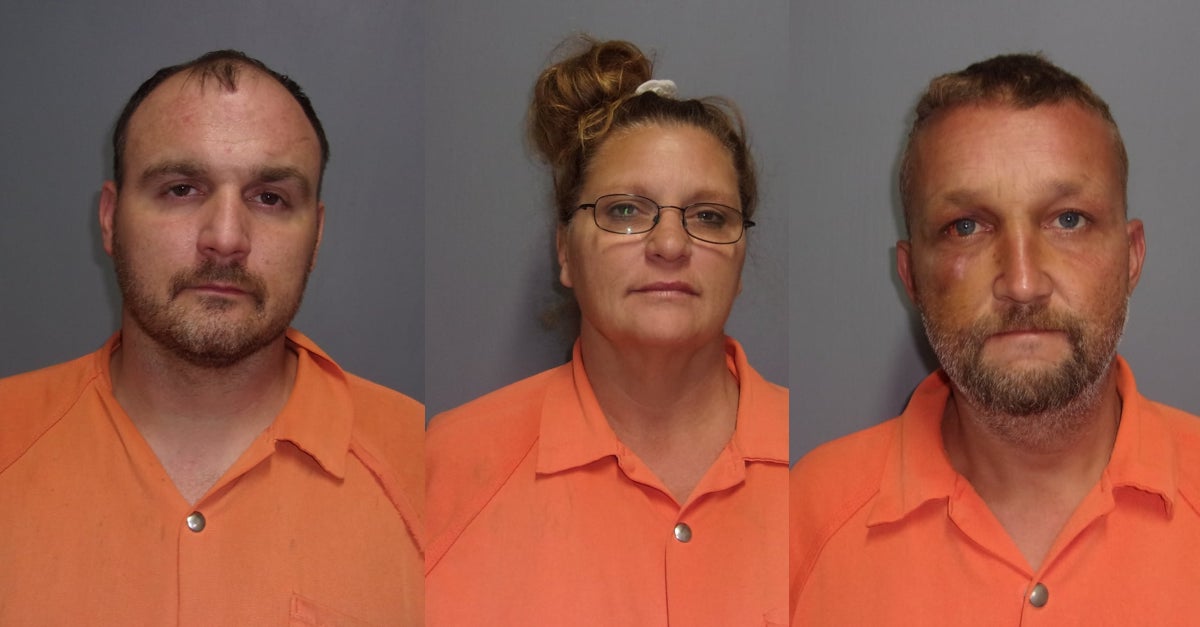 Three people in Louisiana are facing sex trafficking charges for allegedly receiving money and drugs in exchange for “sexual contact” with a girl from the time she was only 8 years old and continuing until the victim turned 11.

Everett D. West, 41, Dina Guidry, 56, and Bobby Tisdale, 38, all of Rosepine, Louisiana, have all been charged with multiple crimes involving the sexual and physical abuse of the girl, the Vernon Parish Sheriff’s Department announced on Facebook.

The charges indicate that Tisdale and Guidry are either the parents or guardians of the victim.

The arrests come after an extensive investigation that started in August 2021, after detectives received a complaint involving the alleged sex trafficking of the victim.

According to the announcement, the victim detailed years of sexual abuse for authorities.

“The victim disclosed to Detectives, DCFS workers, and a Pediatric Physician, that the abuse had been ongoing and involved several individuals who engaged in sexual contact with her from the age of 8 to 11,” the sheriff’s department said.

The victim told authorities that West, Guidry, and Tisdale “engaged in the rampant use of illegal narcotics within the home,” the announcement said. “Detectives believe that the sexual contact with the child was provided to individuals in exchange for monetary benefits or illegal narcotics.”

Detectives obtained statements from other adults “who indicated that Tisdale had offered the child to them for the purpose of sexual contact,” the announcement said.

Authorities now believe that other people have been “offered access to the child for illicit purposes,” and they should contact the sheriff’s office immediately.

Guidry was allegedly present in the room on multiple occasions while the child was being sexually assaulted, according to the sheriff’s announcement.

The victim also told authorities that she, along with other children in the home, had been physically abused.

According to the sheriff, the children have been removed from the home by the Louisiana Department of Child and Family Services, and were “relocated to a safe environment.”

“The investigation into the systemic abuse of this child is ongoing and additional arrests are expected,” the announcement said.

Tisdale has been charged with human trafficking, four counts of first degree rape of a victim under age 13, improper supervision of a minor by parent or guarding, contributing to the delinquency of a juvenile, and indecent behavior with a juvenile. His bond was set at $3.1 million.

Guidry was charged with human trafficking, indecent behavior with a juvenile, improper supervision of a minor by a parent or guardian, contributing to the delinquency of a juvenile, and four counts of first degree rape of a victim under 13. Her bond was set at $2.95 million.

West is being held under $400,000 bond, and is charged with first degree rape of a victim under 13, contributing to the delinquency of a juvenile, and indecent behavior with a juvenile.

All three suspects remain in custody, according to the sheriff’s office.