‘Cold-Blooded Murder of an Unarmed Stranger’: Idaho Man Sentenced for Gunning Down Marine Home on Leave 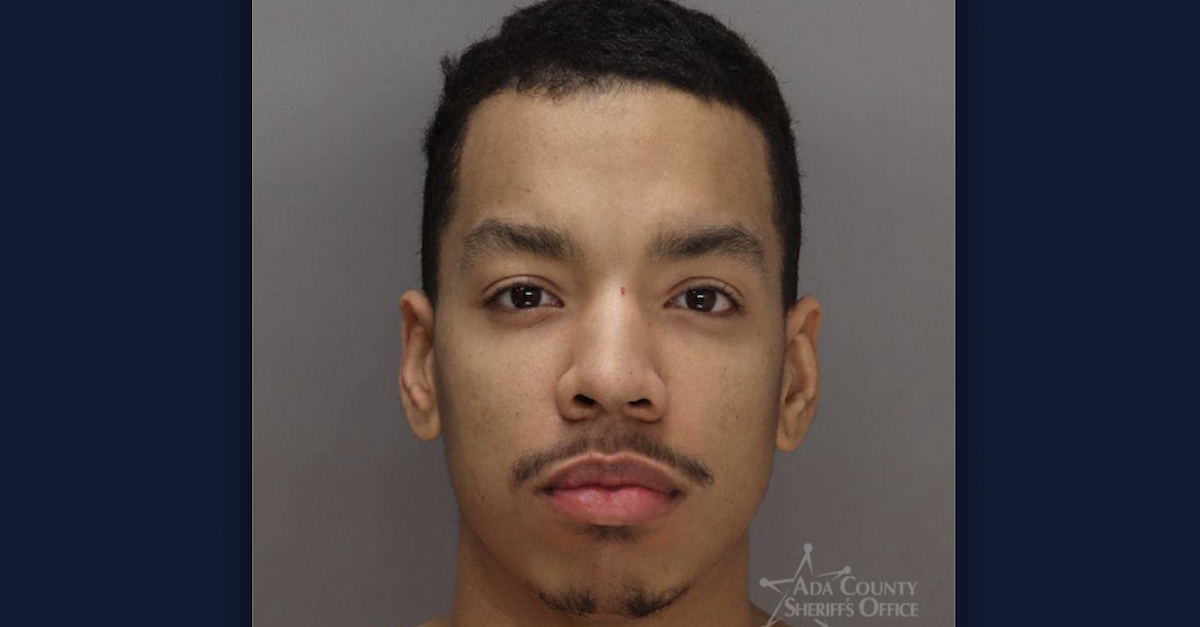 The sentence means that Arnold may be eligible for parole after serving a total of 15 years in state prison. Judge Miller credited Arnold with 549 days for time served since Mosqueda’s death.

John Mosqueda, the victim’s father, reportedly told the Idaho Statesman that the sentence was “far too lenient.”

“My son didn’t do anything wrong,” the victim’s father reportedly told the newspaper on Friday.

“[Arnold] stole his life, he stole his career and he stole from this family,” she reportedly said. “The fact that [Arnold] doesn’t feel his future should be forever marked by this is unfortunate, because our lives are forever marked. Davis is gone.”

The sentence was far closer to the defense’s sentencing request of 15 years fixed and 15 years indeterminate, the Statesman reported. Prosecutors reportedly sought a fixed life sentence for Arnold, calling his conduct the “cold-blooded murder of an unarmed stranger.”

According to a press release from the City of Boise, officers with both the Boise and the City of Meridian Police Departments at approximately 1 a.m. on Dec. 30, 2020 responded to a report about a shooting near Fairview Avenue and Cloverdale Road. Upon arriving at the scene, first responders discovered an adult male victim who appeared to have sustained several gunshot wounds.

Ada County Paramedics rushed the victim to a local hospital, but he was pronounced dead shortly after arriving at the facility. Arnold remained at the scene and was taken into custody and charged with murder.

“A preliminary investigation shows that the victim was with a group of friends at an apartment in the area when the suspect showed up,” police said in the press release. “Evidence shows the victim had exited the residence to check on a friend when he was shot near a parking lot in the area of Cloverfield Lane and Dawn Place.”

Arnold on April 15, 2022 pleaded guilty to one count of second-degree murder. He reportedly read a brief statement expressing remorse for his actions before Judge Miller handed down the sentence.

“There’s not a day that goes by that I don’t regret my actions,” Arnold said, per the Statesman. “I could’ve done something different. I wish I had.”

He then addressed Mosqueda’s parents directly.

“I’m sorry for taking your baby boy from you,” he reportedly said.

An obituary says Mosqueda enlisted in the Marine Corp when he was 17 years old. He was reportedly stationed at Marine Barracks Washington, D.C., where he was a member of the Marine Corps Silent Drill Platoon, a “highly disciplined” 24-man rifle platoon that performs “a unique precision drill exhibition” in complete silence.