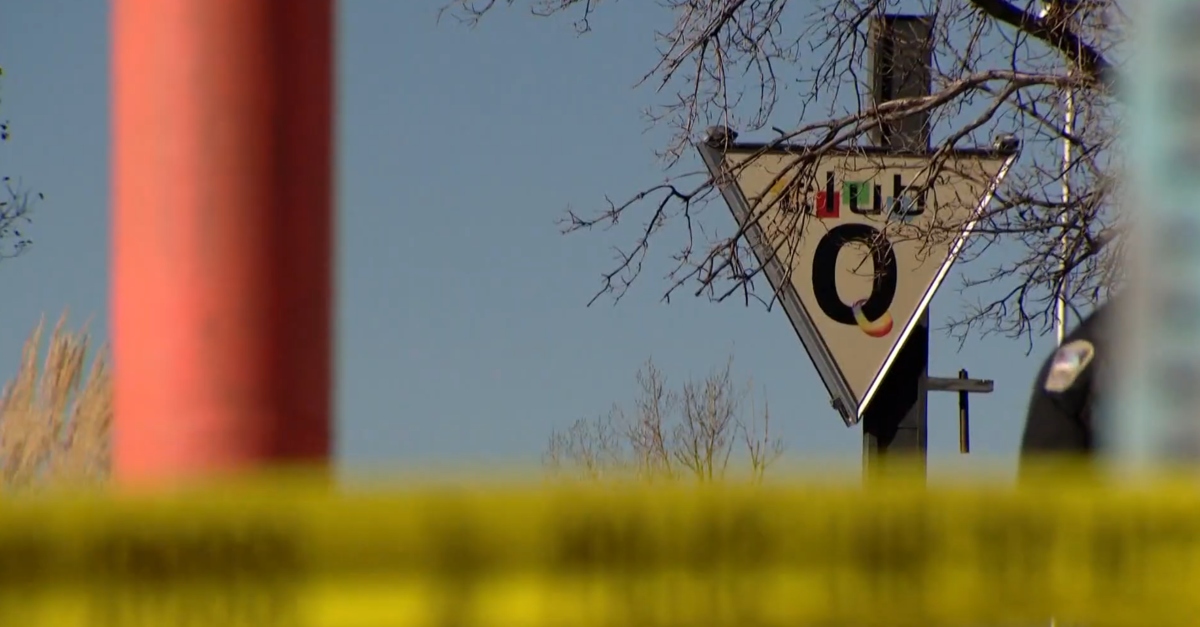 Anderson Lee Aldrich, 22, the man charged with killing five people and injuring others at a LGBTQ nightclub this weekend, is being held on murder and hate crime charges, according to The Denver Post. Police have heretofore been mum as to Aldrich’s alleged motive. The preliminary charges are not formal charges, and prosecutors successfully asked for the arrest affidavit to be sealed. However, the current spate of allegations signals that authorities believe the mass murder was a bias-motivated atrocity.

The 4th Judicial District Attorney’s Office did not immediately respond to a Law&Crime request for more information.

The tragedy of it is mind numbing. Two bartenders…two co-workers…two friends, Derrick Rump and Daniel Aston, were among the five killed at Club Q in Colorado Springs. pic.twitter.com/Pq9gSriY8J

ABC News reports that one of the victims of the Colorado Springs mass shooting, which is being investigated as a hate crime, is an Oklahoman.

28-year-old Daniel Davis Aston’s mother, Sabrina Aston, told ABC her son was the youngest of the family & said he was amazing. @KTULNews pic.twitter.com/J8x2Mmd8G8

“He was a kind loving person who had a heart of gold,” Rump’s mother Julia Thames said in a statement obtained by KRDO. “He was always there for my daughter and myself when we needed him also his friends from Colorado which he would say was his family also. He was living his dream and he would have wanted everyone to do the same.”

Loving, who was a trans woman, was in the area visiting from Denver.

“I’m so devastated, because she was such a good person,” Natalee Skye Bingham, who described herself as a close friend, told The New York Times. “She was going to be at my house for Thanksgiving this upcoming Thursday and, now, it’s one less person at my table.”

Clark said her sister was not part of the LGBTQ community. Paugh is survived by her husband and 11-year-old daughter.

“My niece is devastated,” Clark said.

Authorities initially said 18 people were injured. It is unclear how many were shot or were hurt in their attempts to escape.

Aldrich was previously arrested in a 2021 kidnapping case out of El Paso County — the county in which Colorado Springs sits — according to CNN.

In that case, deputies responded on June 18 to a report of a bomb threat in the 9800 block of Rubicon Drive.

Aldrich’s mother said he was threatening to hurt her with a homemade bomb, multiple weapons, and ammunition, authorities said.

Deputies tracked down Aldrich, then 21, to the 6300 block of Pilgrimage Road, and he refused to surrender when they reached him by phone. Negotiators later convinced him to give himself up, they said.

“The Regional Explosives Unit cleared both homes and did not find any explosive devices,” deputies said in a press release issued at the time.

Aldrich was booked into jail on two counts of felony menacing and three counts of first-degree kidnapping in the earlier incident.

He currently does not appear in El Paso County jail records in the new case. Authorities have said he was hospitalized. Colorado Springs Mayor John Suthers said someone at the nightclub stopped Aldrich by grabbing a handgun from him, striking him with it, and subduing him, according to the Times.

Former Texas police officer and Colorado Springs Chaplain Michael Travis at the Club Q site.
He said he has long thought of the club as a 2nd home for him and his husband.
“It’s like akin to being burglarized or something, but much worse. You’re not even safe in your own home.” pic.twitter.com/7GKPIbaQvc