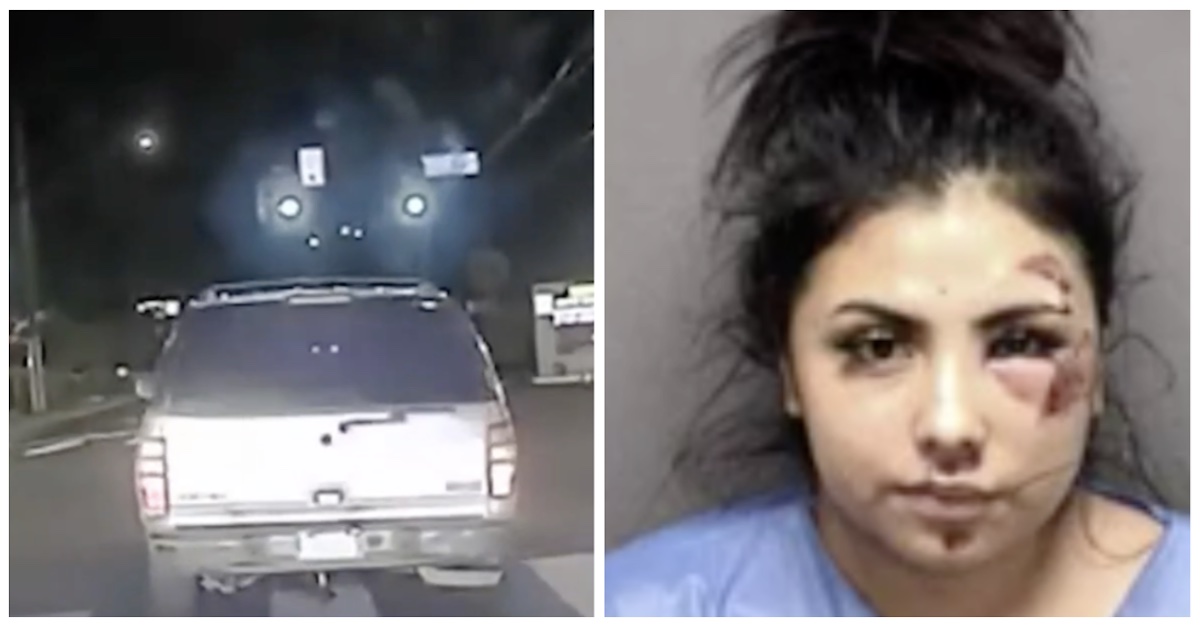 Video snippets from Castle Hills, Texas over the weekend reportedly show a capital murder suspect refusing to pull over for a traffic stop and leading police on a 10-minute chase. Authorities say the woman went on to injure her face in an ill-fated attempt to bail from the moving vehicle.

The incident took place early Saturday morning, KSAT reported. The suspect, later identified as Laysha Garcia after she allegedly lied about her name, is reportedly the same Laysha Garcia who was taken into custody and charged in Dallas County with capital murder back in May 2020. The Dallas case involves a shooting at a gas station that left two men dead. Four others were charged along with Garcia, who was 19 at the time. It’s unclear if she is now 20 or 21 years old. 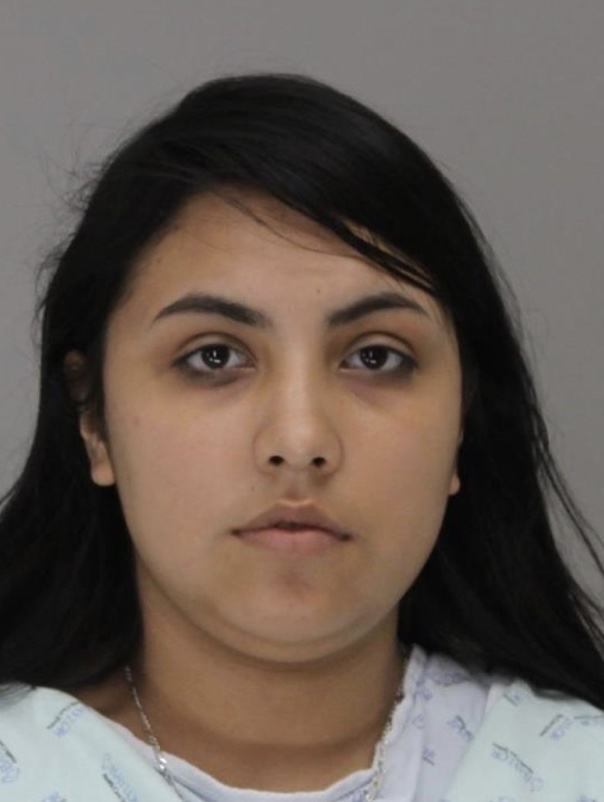 The reporting from more than one year ago indicated that Garcia did not pull the trigger but was otherwise involved in the two homicides. Per WFAA:

Authorities say Laysha and Dunia [Figueroa] were sitting in a vehicle with the victims when another car pulled up and parked directly in front of them.

That’s when the three armed men got out of their vehicle and confronted the victims, officials say. An altercation occurred and when [victims Jason] Baez and [Cristian] Marmolejo attempted to run away, they were shot multiple times by the suspects, according to detectives.

Police say the three men [Christopher Avila, Luis Gonzalez-Muniz, Jose Garcia], along with Laysha and Dunia, then got into a red Charger and fled the scene.

A CBS Dallas-Fort Worth report from May 2020 said that Garcia’s bond was set at $500,000, the lowest amount among the five suspects. It seems she managed to post bond.

In the latest incident, Garcia allegedly refused to pull over for a traffic stop in Castle Hills, which is located near San Antonio and is more than a four-hour drive south of Dallas. KSAT reported that Garcia ran a red light after refusing to stop and then got on the interstate. Garcia reportedly gave up about 10 minutes later in a residential area, but not without hurting her face and allegedly giving police false information about her identity.

Watch the KSAT report below: