California Mother of Three ‘Murdered in Her Home on Christmas Eve’ 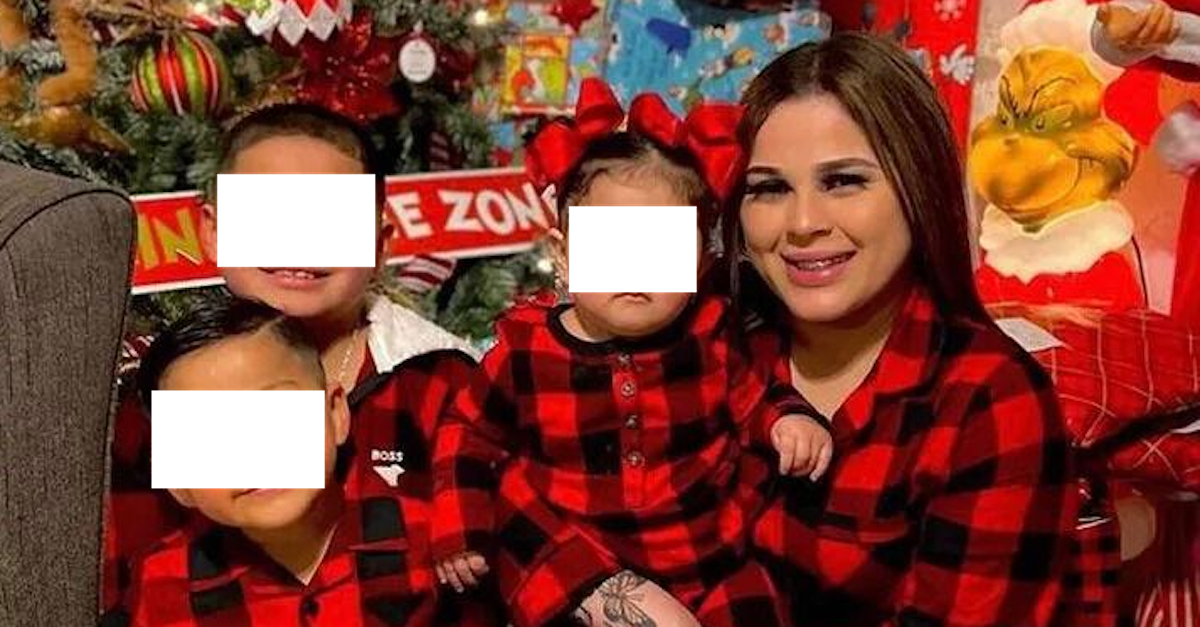 A man in California allegedly shot and killed a mother of three during a domestic dispute on Christmas Eve, then turned the gun on himself in a tragic murder-suicide. Authorities believe that on the night of Dec. 24, 25-year-old Jose Cervantes fatally shot 23-year-old Jajaira Marie Solano in the home they shared with her three children, then fatally shot himself, the Calexico Chronicle reported.

According to an initial press release from the Brawley Police Department, BPD officers at approximately 11:40 p.m. responded to a 911 call about shots being fired inside of a residence on Adler Street. Upon arriving at the scene, first responders reportedly learned that neighbors had overheard a male and a female arguing loudly inside of a bedroom in the home just before two gunshots were heard. Officers entered the residence and discovered the bodies of a male adult and a female adult who both appeared to have suffered gunshot wounds. They were pronounced dead on the scene and detectives said that the evidence pointed to the incident being a murder-suicide and would be investigated as such.

Cervantes was identified as the suspected shooter by the Imperial County Coroner’s Office. Solano’s identity was revealed through a GoFundMe page set up by her family to help “give Marie the memorial she deserves, to honor her memory and say our last goodbyes and be able to take care of her children financially.” As of Thursday afternoon the page had garnered just over $6,000 of its $15,000 goal.

“We are absolutely devastated by Jajaira Marie’s passing, ‘Yajah’ or Marie as some of you knew her, was a very happy, outgoing, loving mother. Her kids were her world, she dedicated her life to her family, she was a young beautiful daughter, granddaughter, cousin and aunt who will be greatly missed,” her family wrote on the fundraising page.

“This is hurting us beyond words can describe. She was fatally murdered in her home on Christmas eve, leaving behind 3 beautiful young children. This is a tragedy we never imagined would happen, it left us heartbroken and hurting.”

The Holtville Tribune reported that Cervantes and Solano had fraught relationship with neighbors saying they fought often, with many of those verbal altercations taking place on the front porch of their home without caring about bystanders.

“They argued a lot,” a Spanish speaking neighbor told the paper earlier this week, adding, “They had problems.”

A GoFundMe page to pay for Cervantes’ funeral expenses set up by his uncle, Armando Cervantes, said that Jose “left behind 3 amazing young children.” The page also said that “no one really know [sic] the real reason why he did this,” calling it a “really sad tragedy.”

Carlos Gonzalez, the oldest cousin of Solano, provided a statement to the Calexico Chronicle.

“We would just like for Marie to be remembered for who she was, a happy, outgoing, loving mother, daughter, granddaughter, cousin and aunt,” Gonzalez wrote. “She will be deeply missed. She was 23 years old full of life, she lived for her three kids who were her world, she was a happy soul, always smiling and making friends everywhere she went.”