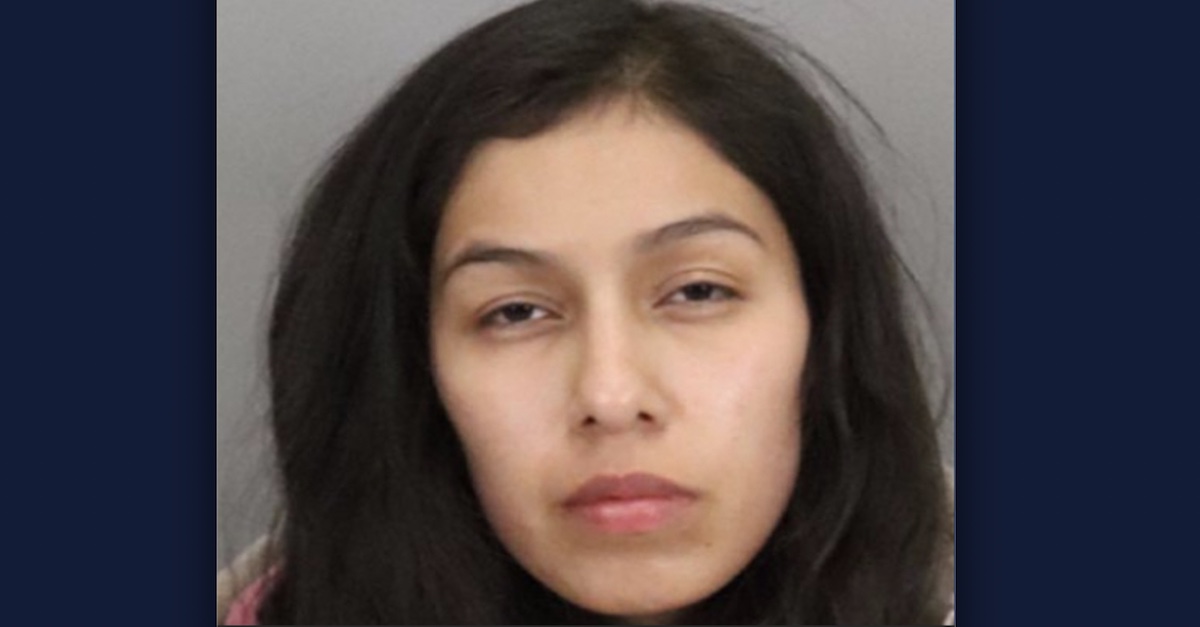 A 29-year-old mother in California was arrested for allegedly suffocating one of her twin 8-month-old daughters to death on her breast while trying to feed the baby earlier this month. Celina Juarez was taken into custody last week and charged with homicide in the death of young Melani, authorities say.

Juarez is also facing one count of child endangerment for allegedly injuring Melani’s twin sister. The surviving twin’s name was not released by authorities.

According to a press release from the San Jose Police Department, officers at approximately 3:16 p.m. on Nov. 4 responded to a 911 call regarding twin unconscious babies at a home located in the 1400 block of Hurlingham Way. Upon arriving at the scene, first responders found the baby girls and “immediately began CPR” on the twin who was not breathing. Medics arrived soon after and took over performing the life-saving measures as both children were rushed to a local hospital.

Melani was admitted to the hospital’s intensive care unit for treatment but succumbed to her injuries; she was pronounced dead the following day.

Detectives with the department’s Homicide Unit and members of the Santa Clara County Severe Child Injury and Death (SCID) team then opened a “comprehensive and thorough” investigation into the circumstances of Melani’s death. Police said that during their investigation, Juarez was also admitted to the hospital.

“Suspect Juarez, mother of the twins, was caring for both at the time of this incident,” the press release states. “During the preliminary stages of this investigation, she suffered from an unknown medical emergency and was subsequently transported to a local hospital where she remained until November 16.”

According to a report from Oakland Fox affiliate KTVU, Juarez told investigators that she took the twins and her 2-year-old son to church after their father left for work, leaving the house of worship and returning home at around noon. Juarez’s mother then reportedly took the little boy with her to “run errands” while Juarez stayed home with the twins.

Juarez reportedly claimed she had not eaten anything all day. She allegedly said that although she usually feeds the twins bottles, they were “sick” and “fussy” that day, so she decided to help them get “proper nutrients” by breastfeeding. Picking up Melani, Juarez reportedly “intentionally pushed her baby very hard against her right breast not allowing her to come up for air.”

Juarez reportedly admitted that she could see Melani’s “legs kicking” and the baby “gasping for air” as she continued pushing the infant against her breast for approximately 10 minutes — even after she saw that Melani had stopped breathing for approximately two minutes. Afterward, she reportedly placed the baby on the bed and picked up her sister.

Holding Melani’s sister, Juarez reportedly said that she put the baby to her breast and “pushed very hard,” “without letting her come up for air.”

When she was done trying to feed the second child, Juare reportedly waited approximately 20 minutes before calling her own mother. The woman came home and helped Juarez perform CPR on the children. Juarez’s brother then came home and called 911.

An autopsy reportedly determined that Melani died “because she hadn’t been breathing for a prolonged period,” resulting in “sustained respiratory failure and cardiac arrest.” Melani’s sister is expected to make a full recovery.

Juarez is scheduled to appear in court on Dec. 12.