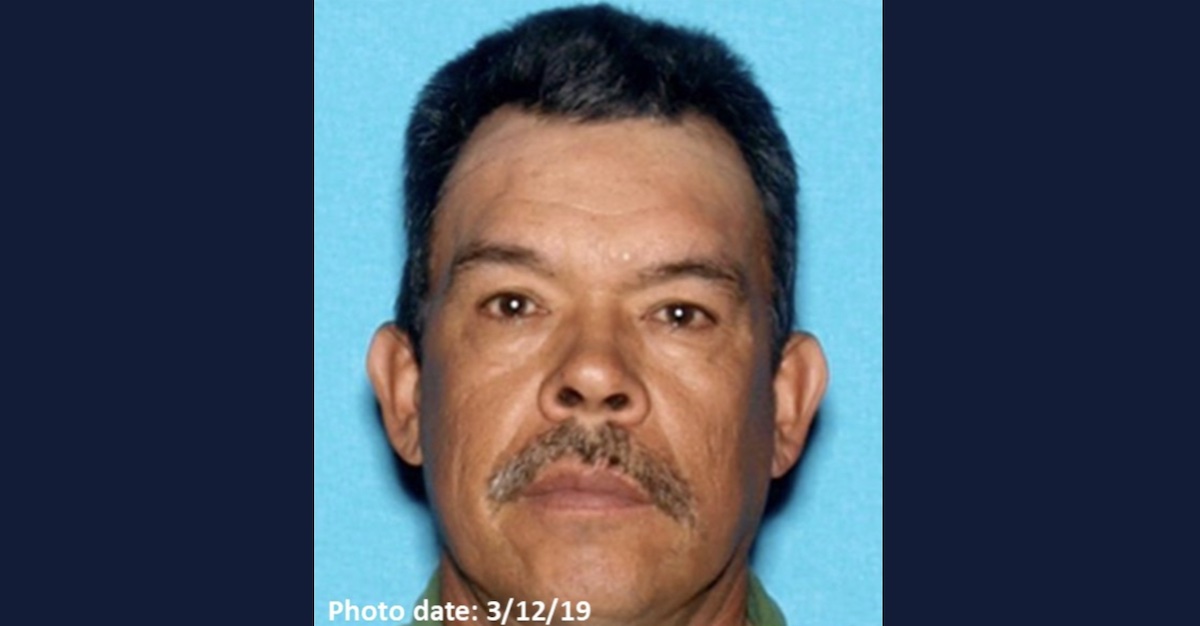 A murder suspect who police say fatally shot his daughter’s ex-boyfriend during the aftermath of a car chase in Southern California is on the lam.

Jose G. Mendoza, 59, shot 26-year-old Giovannie Gutierrez on Monday in the city of Palmdale after arriving at a two-car collision involving Gutierrez and Mendoza’s daughter, according to the Los Angeles County Sheriff’s Department. A press release issued Tuesday warns that Mendoza is believed to be armed with a semi-automatic handgun “and should not be approached.”

Sheriff’s deputies responding to a domestic violence report Monday about 4:47 p.m. found Gutierrez lying unresponsive in the middle of a highway with a gunshot wound to his head. Witnesses described a wild scene: Gutierrez was driving a white Chrysler 300M sedan, chasing “a gray compact car” driven by his ex-girlfriend, the sheriff’s department said.

The cars collided “at least one time,” then stopped in the middle of the 37300 block of Sierra Highway, where Gutierrez “attempted to force entry into his ex-girlfriend’s car as she was seeking help from family members who had called 9-1-1,” according to the release.

A man police identified as Mendoza arrived a short while later in a white Ford Ranger pick-up and shot Gutierrez in the head, the release said.

Mendoza lives in the small town of Littlerock, California, about 10 miles from Palmdale in northeast Los Angeles County. He’s described as Hispanic with black hair and brown eyes, 5-foot-6 and 140 pounds.

Investigators ask anyone with information about him or the shooting to call the Los Angeles County Sheriff’s Department’s Homicide Bureau at 323-890-5500. Tipsters wanting to remain anonymous can call Crime Stoppers at 1-800-222-8477 or through the Crime Stoppers app.