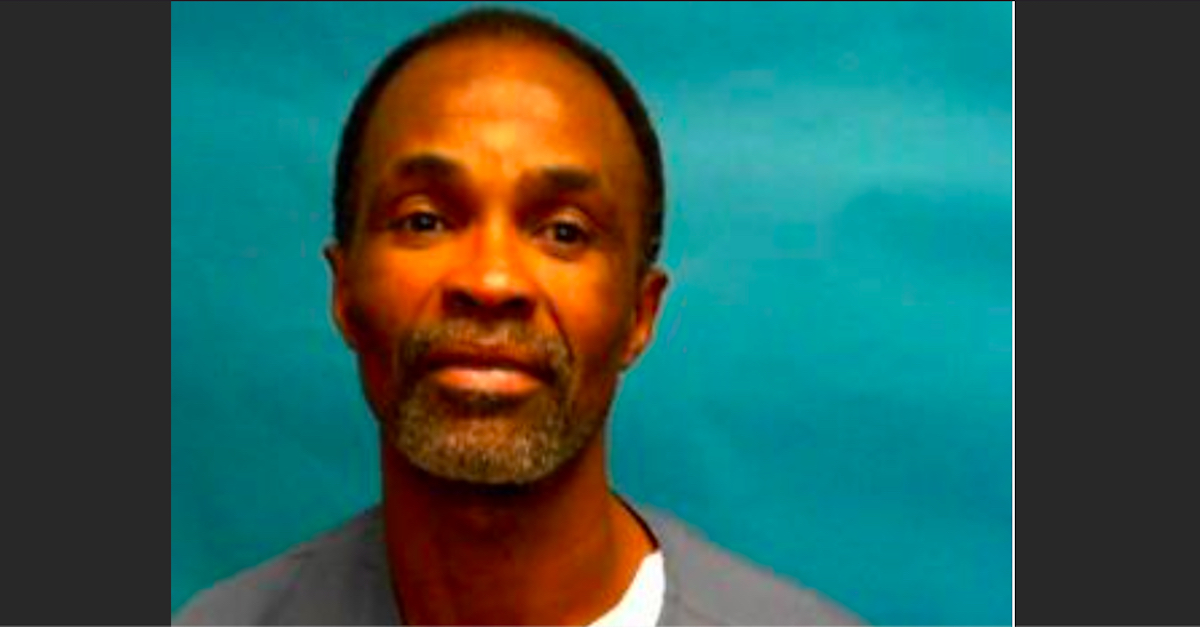 Joseph L. Pollard courtesy of the Florida Department of Corrections

Law enforcement authorities in Florida on Tuesday announced a suspect with a long criminal record has been indicted and charged with murder nearly two decades after 15-year-old Farrah Carter was viciously stabbed to death in her home.

“With the advancement of DNA technology and the diligence and hard work of detectives, Joseph L. Pollard was indicted with first-degree murder,” the Miramar Police Department announced Tuesday. “Farrah would have been celebrating her 35th birthday on September 10, but instead the family so thankful to be one step closer to her justice.”

We are pleased to announce recent developments in the 2002 homicide of 15-year-old Farrah Carter. With the advancement of DNA technology and the diligence and hard work of detectives, Joseph L. Pollard, was indicted with first degree murder. #MiramarPD #ColdCase pic.twitter.com/kssBAdWFWF

If the 56-year-old Pollard is the man responsible for Carter’s death, he did not dodge police for long following the May 2002 murder. According to online records from the Florida Department of Corrections, Pollard was sentenced in 2004 to life in prison for robbery with a deadly weapon, burglary, and attempted kidnapping. He is currently being held at the Taylor Correctional Institute in Perry, Florida.

Carter, a student at the Hallandale Adult Community Center, was living with her mother Kim Battle and two sisters at a home located in the 6500 block of Southwest 27th street when her family came home on the evening of May 22, 2002 to find her lifeless body in the back of her bedroom.

According to a police report obtained by Law&Crime, the three-bedroom home had been transformed into a grisly nightmarish scene with blood located “throughout much of the residence.”

“The living room had a large amount of blood on the tiled floor. There was an appearance of a struggle in the living room as a chair was knocked over, a glass jar was broken on the floor, and a couch was pushed against the window blinds,” the report stated. “Blood was present on the walls and bedspread of the master bedroom. This room belonged to the victim’s mother. Blood was also found in the victim’s bedroom where she was discovered.”

A neighbor who lived across the street told police that he saw a Black male of average build wearing a hat and driving a white van, which stopped at Carter’s home on the morning of the murder. He said the man stood outside of the front door talking to a female resident and trying to get her to let him inside but left without trying to force his way in.

Police said there was no sign of forced entry, so Carter may have known her attacker. But police noted that once the person was inside the residence there was a violent struggle and the attacker was cut, leaving DNA evidence behind.

Those two matches to Pollard were enough for prosecutors to obtain an indictment against the convicted felon.

Despite waiting nearly two decades to get some closure on her daughter’s murder, Battle said it was still difficult to process because the family has no apparent connection to Pollard. There’s also no indication of a possible motive for killing Carter.

“For the detectives to come forward with this information, it is very pleasing in a sense but it is still heartbreaking without her being here to see what her life would have been like, to see the children maybe she would have had,” Battle said during a press conference Tuesday. “There’s a still big hole in my heart that will never be filled.”

“For 19 years I haven’t been able to get my life together. Everything’s changed in my life. Right now is like the first day of the rest of my life. I’m hoping to get a new start on it. But I miss my baby so much,” he said. “It’s just really, really fuzzy for me. Nothing makes sense for me.”

Keli Craig, Farrah’s younger sister, was just a child at the time. Still, she said the memory of what she saw that day was still as vivid as ever.

“You wouldn’t think that at 8 years old you could remember that much,” Craig said Tuesday. “But I remember that day as if it was yesterday,”

Police said that Pollard, who in 2002 was living just South of Miramar in Miami-Dade County, has denied having any involvement in Carter’s murder.

Miramar Police told the South Florida Sun-Sentinel that Pollard is expected to be extradited by the Broward County Sheriff’s Office next week.

Miramar Police and the Broward County State Attorney’s Office did not immediately respond to emails from Law&Crime seeking comment on the indictment and plans to prosecute Pollard.

Police also noted that “research into Pollard showed that he has been accused and/or charged with violence towards women in several different police reports prior to his incarceration.”

Read the police report below.