Bronx Man Indicted for Allegedly Sexually Assaulting Three Women in One Week, Including Victim Who Asked for Help on Grubhub 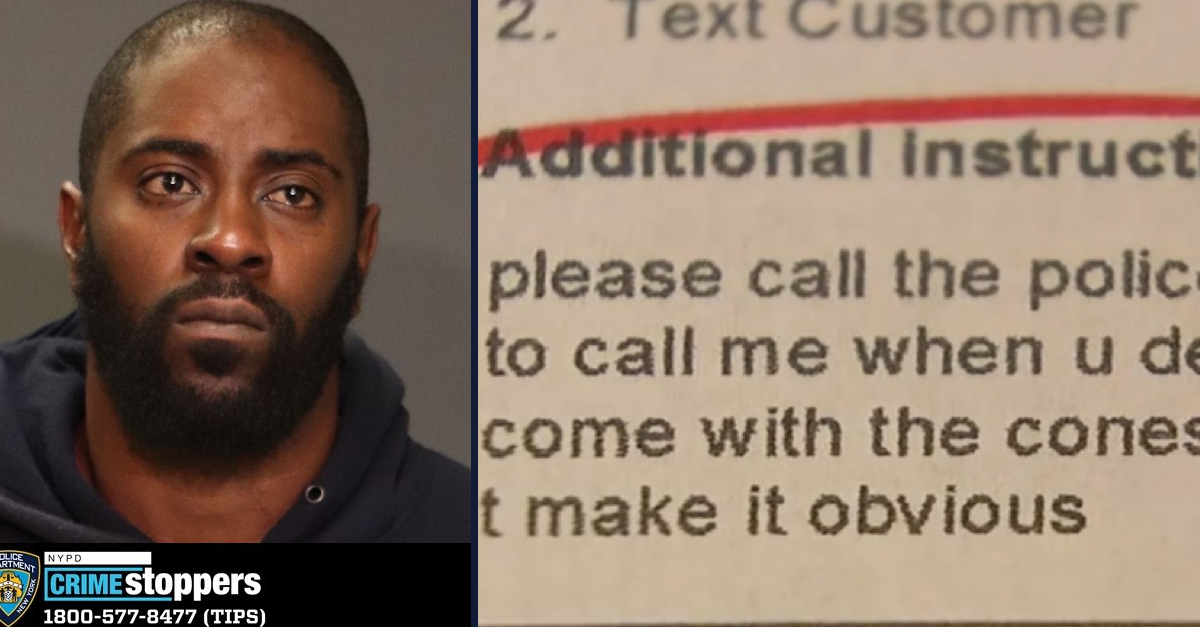 Left: Kemoy Royal (via NYPD). Right: the note sent from an alleged sexual assault victim to the restaurant on the Grubhub app (via WABC-TV screengrab).

A Bronx man has been indicted in three separate sexual assaults in the same week — including one where his victim was saved after begging for help through a food delivery app.

“The defendant is charged in a 23-count indictment with allegedly raping two women and sexually assaulting another during three separate incidents,” the press release says. “He allegedly strangled two of the victims. In one of the incidents, a woman was rescued by police after she sent a message to a restaurant on a food-delivery app.”

“We will seek justice for the victims,” the statement added.

Royal, who was arrested on June 19, was arraigned on charges of rape, predatory sexual assault, attempted criminal acts, and strangulation, the DA’s office said.

As Law&Crime previously reported, one of Royal’s alleged victims — who he had reportedly kept overnight in her home on June 18, repeatedly sexually assaulting and threatening her — was finally able to call for help when Royal allegedly allowed her to use her phone to order a breakfast sandwich and burger early the next morning.

“Please call the police,” the 24-year-old woman wrote to the Chipper Truck Cafe in Yonkers, New York, under the “Additional Instructions” section of the order form on the food-ordering app Grubhub. “Please don’t make it obvious,” she added. 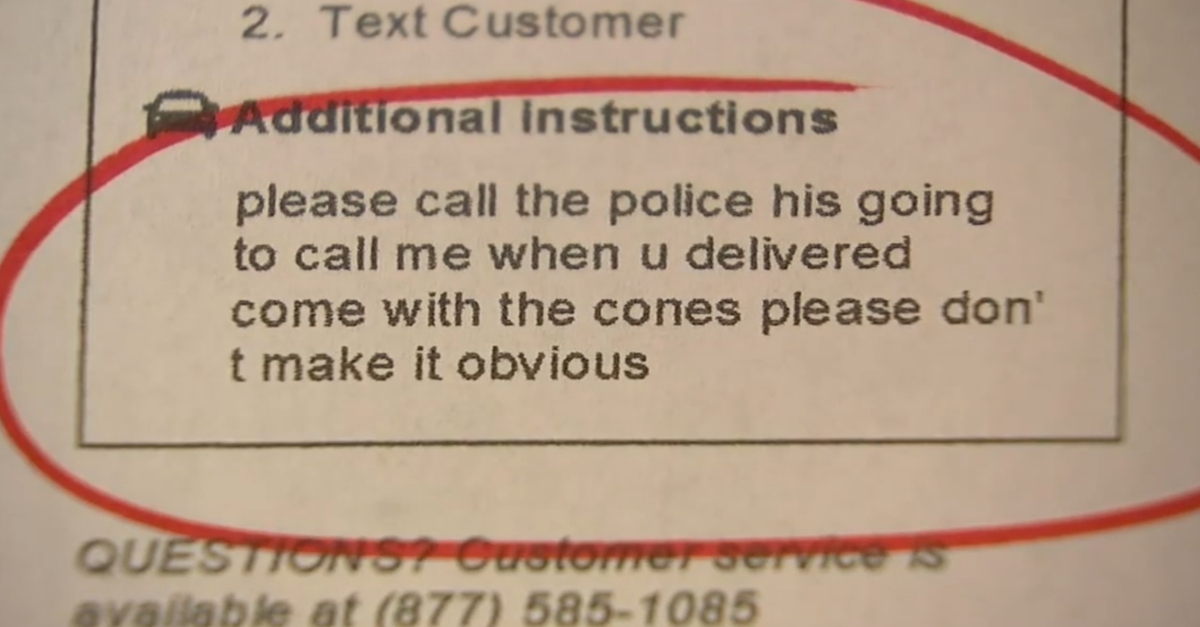 An employee saw the message and called the owner of the restaurant.

“They’d seen the note on the order, and they called my husband, said ‘What should we do,’ and he was like, ‘Call the police. Can’t take any risks. Better be safe than sorry,'” Alice Bermejo told New York ABC affiliate WABC.

Police did responded, and Royal was arrested.

According to the Bronx County DA, Royal had sexually assaulted two other women that week.

On June 13, police say, Royal met with a 27-year-old woman with whom he had allegedly been speaking on a dating app for a few days. He had reportedly invited the woman to his home

The next day, at around 7:00 p.m., Royal allegedly met the second victim, a 26-year-old woman, on the street, claiming that he knew her through a friend.

“The defendant allegedly lured her to his apartment, refused to let her leave and threatened to kill her,” the statement says. “Royal allegedly attempted to force her to perform sexual acts on him. He also allegedly bit her in the chest area and strangled her.”

An attorney listed on the docket as representing Royal didn’t immediately respond to Law&Crime’s requests for comment.

New York Department of Correction records show that Royal is being held in custody. His next court appearance is scheduled for Oct. 11.

[Image via NYPD and WABC screengrab.]