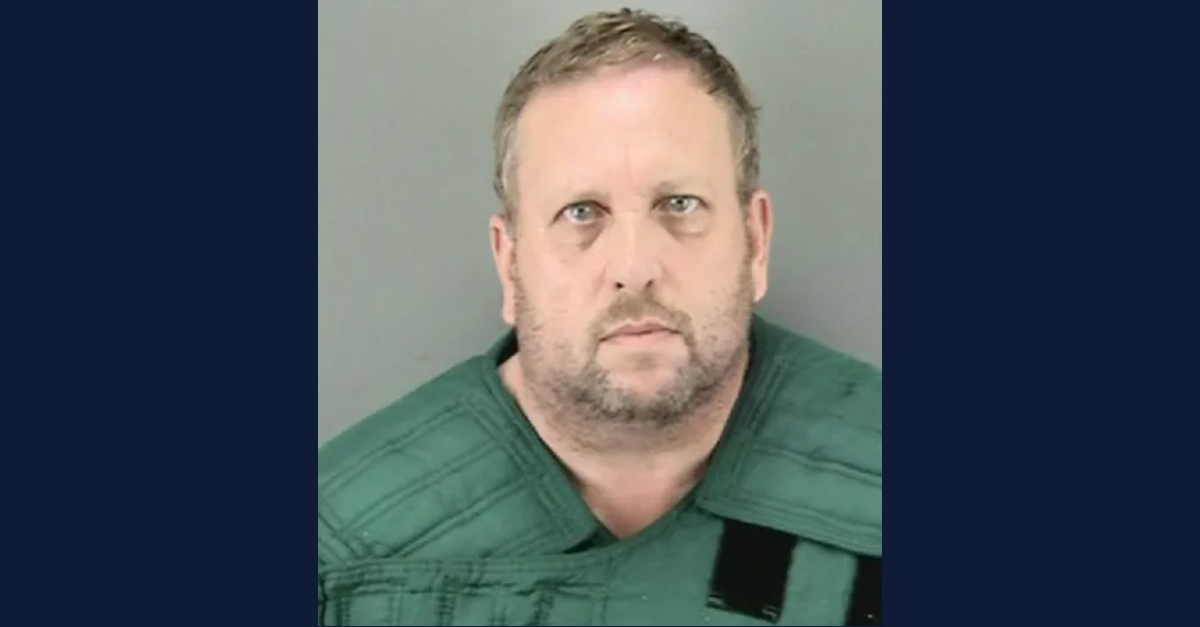 A British national was sentenced to 45 years in prison on Wednesday over the brutal 2017 co-murder of an acquaintance’s boyfriend.

Andrew Warren, 61, previously turned state’s evidence against his partner in the gruesome “snuff” fantasy crime that nearly left the victim without a head. The plea deal in which he agreed to testify against co-defendant Wyndham Lathem, 47, was cut in 2019.

The renowned microbiologist and former Northwestern University professor was sentenced to 53 years in prison late last month over the vicious stabbing death of 26-year-old Trenton Cornell-Duranleau.

Warren, in his bid for a lesser sentence during Lathem’s 2021 trial, said the scientist was the first to begin stabbing his own boyfriend, Cornell-Duranleau. Lathem, for his part, claimed to have hidden in the bathroom “like a coward” while Warren did most of the killing.

Jurors believed the out-of-towner–or at least the prosecution.

Per the terms of his deal, Warren also pleaded guilty to one charge of murder in the first degree. In exchange, Cook County prosecutors agreed to recommend a sentence of exactly 45 years in state prison. On Wednesday, a judge signed off on that agreement.

“I just want to say that I’m really so sorry,” Warren said, addressing the victim’s family in court. “That’s all I can say.”

According to the Chicago Tribune, the state cast Lathem as the “mastermind” behind the prurient plot to kill his younger lover. Warren, however, admitted active participation in the scheme–saying he hit Cornell in the head with a lamp before stabbing him two times.

During their eight days on the run, the pair made an odd $1,000 cash donation in the deceased man’s name to a public library in Lake Geneva, Wisc. The donation puzzled law enforcement.

Lathem and Warren were arrested by police in Oakland, Calif.

Cornell-Duranleau’s body was discovered on July 27, 2017 in the Chicago area apartment he shared with Lathem. The deceased man moved to Illinois from the Grand Rapids, Mich. area after receiving his cosmetology license and came to date his eventual murderer.

“I think that (Trenton’s) end was very tragic, and he was a naive country kid, and he was a gay man,” Mischelle Duranleau told the Tribune in October 2021, referring to her son, after Lathem was convicted. “We tend to look over some of the LGBT community when they’re coming of age. And I’m hopeful that maybe his story can…Help other parents and kids to the dangers that could be out there.”

“It doesn’t bring Trenton back, but there’s a level of peace now that we’re done,” she told the paper–musing about Warren’s culpability and testimony. “We’re grateful that he had the moral sense to tell the truth eventually…He could have stopped it. So there is this really big mixed feeling between absolute anger and appreciation.”

A bright spot for the defendant is the possibility that he could serve the remainder of his sentence in his native country–where he would likely be released in about half the time. Cook County prosecutors, as part of the plea deal, won’t oppose such a transfer. But, in the end, the U.S. Department of Justice and the British government would have to approve the transfer.

The prosecution has expressed doubt that will happen.

“There’s a chance (of) maybe going back to England,” Assistant State’s Attorney Yolanda Lippert said during Lathem’s trial last year in an effort to dispel any potential doubts about the veracity of Warren’s testimony, “do you think the Queen wants that guy back?”