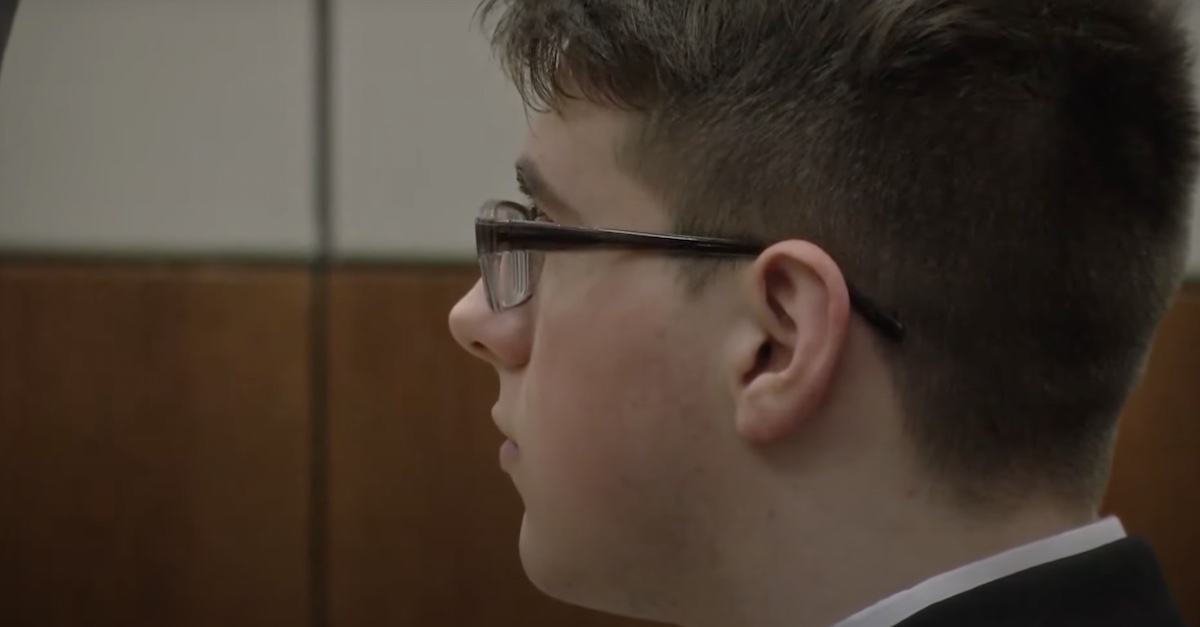 A 21-year-old from Palmer, Alaska, convicted alongside three others in the 2016 kidnapping and murder of 16-year-old David Grunwald was sentenced Wednesday to a total of 105 years in prison with 30 of those years suspended.

Bradley Renfro, also 16 years old at the time of the killing, was found guilty in 2018 of murder, kidnapping, and arson in Grunwald’s death. Erick Almandinger, 22, Dominic Johnson, 22, Austin Barrett, 25, initially trapped Grunwald in a bathroom during the Nov. 13, 2016 incident, authorities have said. The victim was pistol-whipped, kidnapped, and murdered in the woods.

Prosecutors said Almandinger supplied the .40-caliber gun used to pistol-whip Grunwald after the victim went to Almandinger’s home and smoked marijuana with his soon-to-be killers in a camper behind the residence.

“After the beating, Grunwald was driven for nearly half an hour in his own vehicle, walked into the woods near the Knik River, and executed,” the State of Alaska Department of Law said in a statement. “Grunwald’s vehicle was discovered burned, miles away near the Talkeetna Mountains. Grunwald’s body was found nineteen days later after defendant Dominic Johnson led law enforcement to the area.”

There was no apparent motive for the killing.

Now Renfro has learned his fate.

According to the State Department of Law, Renfro “offered suggestions on where the murder should take place” and “planned to destroy evidence and bought gasoline to burn Grunwald’s vehicle” after the murder was committed.

The judge in the Renfro case was quoted reflecting on the “darkness” it took to “walk someone in the woods and execute them.”

“I can’t see why they did this, other than they have no value for life,” said retired Palmer Superior Court Judge Gregory Heath.

These remarks echoed statements the judge made previously when sentencing Dominic Johnson.

“There was something off in all four of these young people,” the judge said. “I don’t know what motivated [Johnson] to do that but it was not normal. And it was flat-out scary.”

While the defense argued Renfro shouldn’t receive a heavy punishment because he was not the triggerman, the prosecution countered that he was no mere bystander and should be punished accordingly.

The State Department of Law quoted David Grunwald’s aunt seconding the prosecution’s view of the case against Renfro.

“No matter what you did do or didn’t do, you killed David,” Kathryn Mayo said.

Due to the nature of the crime, the judge sentenced Renfro to a total of 105 years in prison (30 years suspended) for tampering with evidence, kidnapping, and murder. The earliest Renfro would be eligible for parole is at the age of 51, after serving 35 years behind bars. The defendant was also fined for arson and vehicle theft.