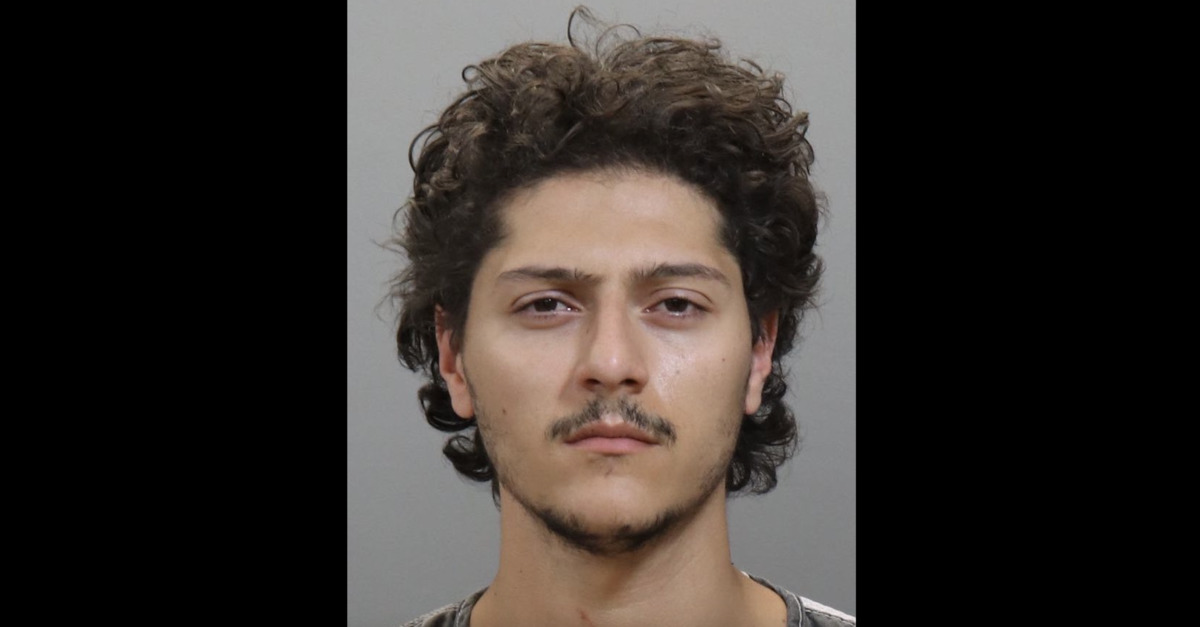 A Tennessee man has been charged with attempted murder after allegedly stabbing his girlfriend dozens of times while she was asleep.

Ramzy Abidi, 25, was arrested and booked on Thursday and charged with attempted murder in the first degree.

According to the Knox County Sheriff’s Office, deputies were called to a home in southwest Knoxville in response to a stabbing incident at around 8:30 p.m. The victim, whose name has yet to be released, was apparently able to escape from the scene of the crime to a separate house some two miles away before the 911 call was made

A third party had apparently phoned in the attack and explained to sheriff’s deputies that the victim drove herself away from her assailant’s clutches. From the second house, she was taken to the University of Tennessee Medical Center. There, hospital staff determined that she had been stabbed between 20 and 30 times.

The victim told authorities that she was sleeping in the basement of the first house when she awoke to find her boyfriend stabbing her. The implement allegedly used by Abidi has not yet been identified.

Local ABC affiliate WATE cited an arrest report which claims that the defendant and the victim were “dating” at the time of the attack.

If convicted as charged, Abidi would likely face a sentence of multiple decades in prison. Typical sentences for attempted murder often run in excess of 20-plus years in the Volunteer State.

(a) First degree murder is:

(1) A premeditated and intentional killing of another;

(3) A killing of another committed as the result of the unlawful throwing, placing or discharging of a destructive device or bomb.

(b) No culpable mental state is required for conviction under subdivision (a)(2) or (a)(3), except the intent to commit the enumerated offenses or acts in those subdivisions.

(c) A person convicted of first degree murder shall be punished by:

(2) Imprisonment for life without possibility of parole; or

Law&Crime reached out to the Knox County Sheriff’s Office for additional details but no response was immediately forthcoming at the time of publication.

According to online records, Abidi was arrested after a warrant was issued. His bond has yet to be set and it is currently unclear if he has retained legal counsel. His initial appearance is set for August 17 in the DUI division court. It is unclear if that division is a mistake or will change as his court date appears.

The court docket in the defendant’s case is not currently a matter of public record.

This is a developing story. Law&Crime has filed a public records request with the Knox County Sheriff’s Office for additional details concerning this case.