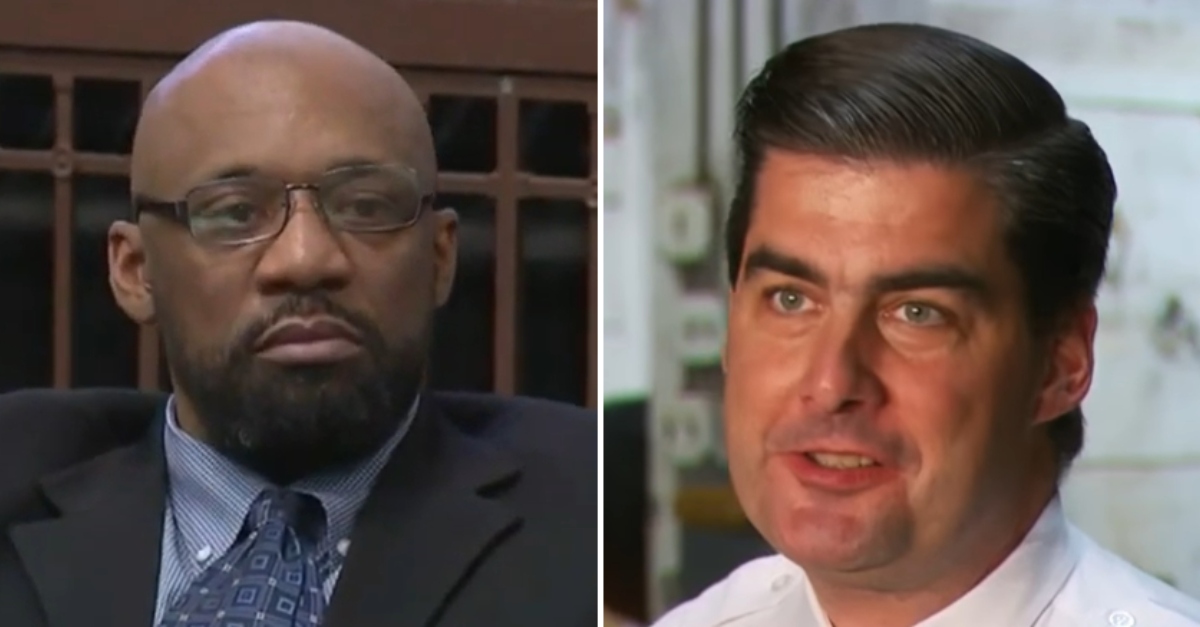 Shomari Legghette (left) at trial, and Paul Bauer in 2012

Legghette, who did not testify, previously asserted that he didn’t know Bauer was a police officer. His defense argued the killing was in self-defense, and that the victim’s badge or uniform wasn’t showing.

Attorney Scott Kamin called the incident a “tragedy,” but said “Commander Bauer brought it upon himself,” according to NBC Chicago.

CBS Chicago spoke to Bauer for stories back in 2012 and 2013, when he was a lieutenant for the mounted unit.

“There’s no better way to move a crowd than with a horse,” he said.

Family members expressed their love for him, and co-workers have said he was well-liked.

Bauer’s life came to an end in February 13, 2018. Legghette fled police while attempting to sell drugs, said defense lawyer Kamin. Bauer joined the chase and “cornered” the defendant, said the attorney in the NBC report. The defense argued that Legghette wore the body armor as a precautionary measure.

Assistant State’s Attorney Risa Lanier argued that Legghette was dangerous, wore body armor, and was well-armed. She described the shooting as an execution, and asserted that Legghette knew that Bauer was a cop trying to detain him.

“Today is a bittersweet day for everyone who loved Paul,” his family said in a statement. “We are so happy and relieved with the verdict, but are overwhelmed with sadness that he is no longer with us.”

[Screengrab of Bauer via CBS Chicago]