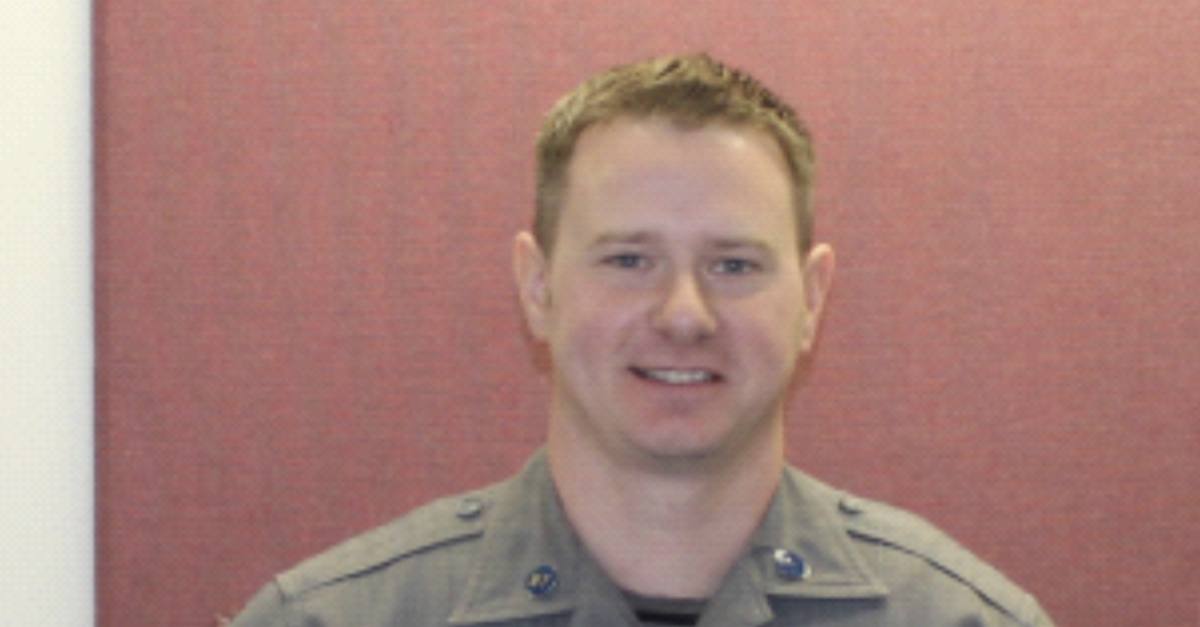 A New York State trooper charged with murdering an 11-year-old girl by ramming her family’s SUV must remain behind bars during his case. A judge denied bail on Thursday for Christopher Baldner, who faces a second-degree murder case for a crash that killed young Monica Goods.

Assistant Attorney General Jennifer Gashi called his actions that fateful Dec. 22, 2020, “deliberate, willful, and depraved,” according to CBS New York. This was no accident, the state asserted.

The president of the state trooper’s union said after court that Baldner, who had deep ties to the community, would remain in the area if released.

“You have a trooper that has lived in this area for almost two decades,” Tom Mungeer said. “He has a family, he has kids, he owns a house. He’s not going anywhere. So I believe that the bail reduction act of 2019 has worked for everybody, but in this instance it did not work for my trooper.”

A grand jury indicted Baldner last month in Ulster County, New York, for allegedly escalating his traffic stop of Goods’s father and ramming the fleeing SUV with his own vehicle.

“During the stop, Baldner deployed pepper spray into the interior of the car and Mr. Goods sped away,” New York Attorney General Letitia James’s (D) office wrote in a statement. “During the pursuit, Baldner twice rammed his police vehicle into the rear of the Goods car. Upon the second strike, the Goods car flipped over several times and came to rest upside down. The impact ejected Monica Goods from the car, and she died.”

“He was screaming at me, ‘You were going 100 miles per hour and you shook my car!’ Goods told The New York Daily News in a June 20 report.

He said Baldner never warned him or told him he was under arrest. Goods said he instinctively drove away when Baldner pepper sprayed the SUV interior.

His wife and his other daughter were also in the SUV.

The Ulster County District Attorney is investigating whether the father should face charges, a source said, according to CBS New York.

Baldner is also charged in a similar and unrelated alleged ramming incident from September 2019. He was accused of endangering the lives of three passengers in the other vehicle.