Baby Found Dead in Pennsylvania Home, Which Was So Dirty That Feces Was Ground into Carpet: Police 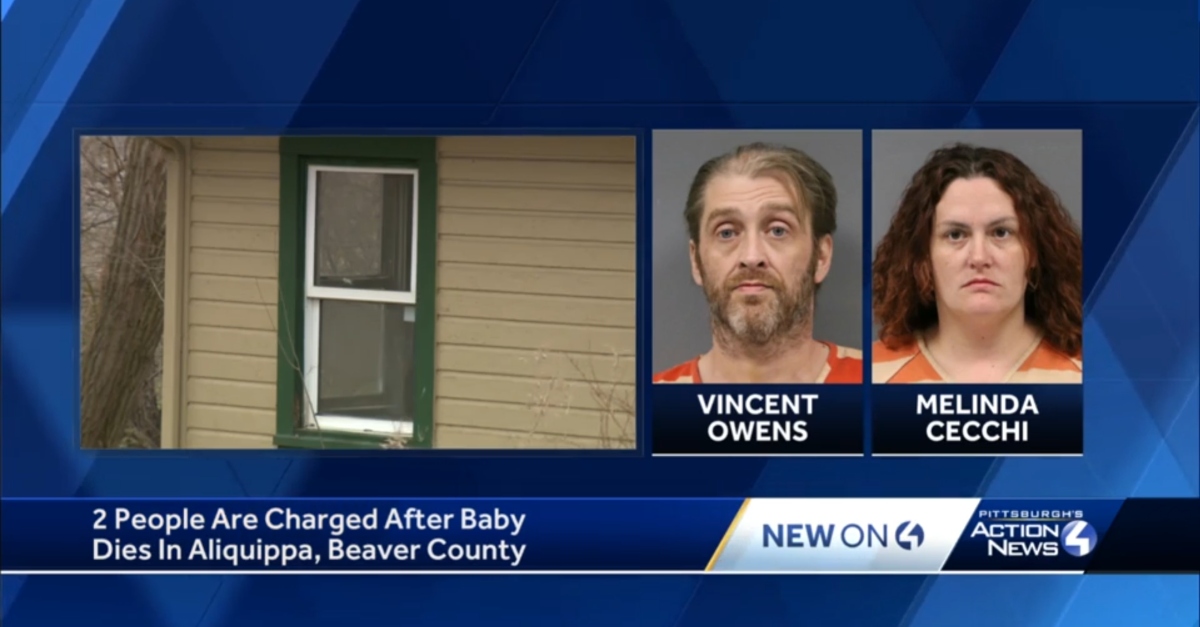 A Pennsylvania couple have been charged months after a 7-month-old baby died at their home. Vincent Owens, 44, faces a count of involuntary manslaughter for this 7-month-old infant dying last fall, according to local outlets. He and Melinda Cecchi, 34, also face charges of child endangerment and possession of drug paraphernalia.

Owens allegedly left the infant face down in a bed and stepped out of the room for several minutes.

Cops later got called to the home that Oct. 30 at 1914 Sheffield Road in the city of Aliquippa.

What they described was so bad a local official soon condemned the residence. They claimed the house featured a strong smell. In large areas, fecal matter was ground into carpet or allowed to stay, they said.

The floor was so dirty that officers’ feet would get stuck if they remained in place, they said. The residence featured dirty dishes throughout, bugs, large piles of clothes, dirty mattresses, and open holes the children–including a 5- and 10-year-old–could have fallen through, according to cops.

The alleged awful conditions were clear even outside, where police said they found separate 8-to-9 and 4-foot piles of garbage.

The Beaver County Children, Youth and Family Services took the kids. Cops described all three, including the infant, as being underdeveloped for their ages. For example, the 7-month-old, who cops authorities did not identify, was unable to roll over, grab things, or raised his or her own head.

The 10-year-old went to school dirty, and the 5-year-old’s feet were black from walking in the house, they said.

Owens and Cecchi blamed each other for how bad the home was, but authorities are going after both of them, though only Owens is accused of killing the baby.