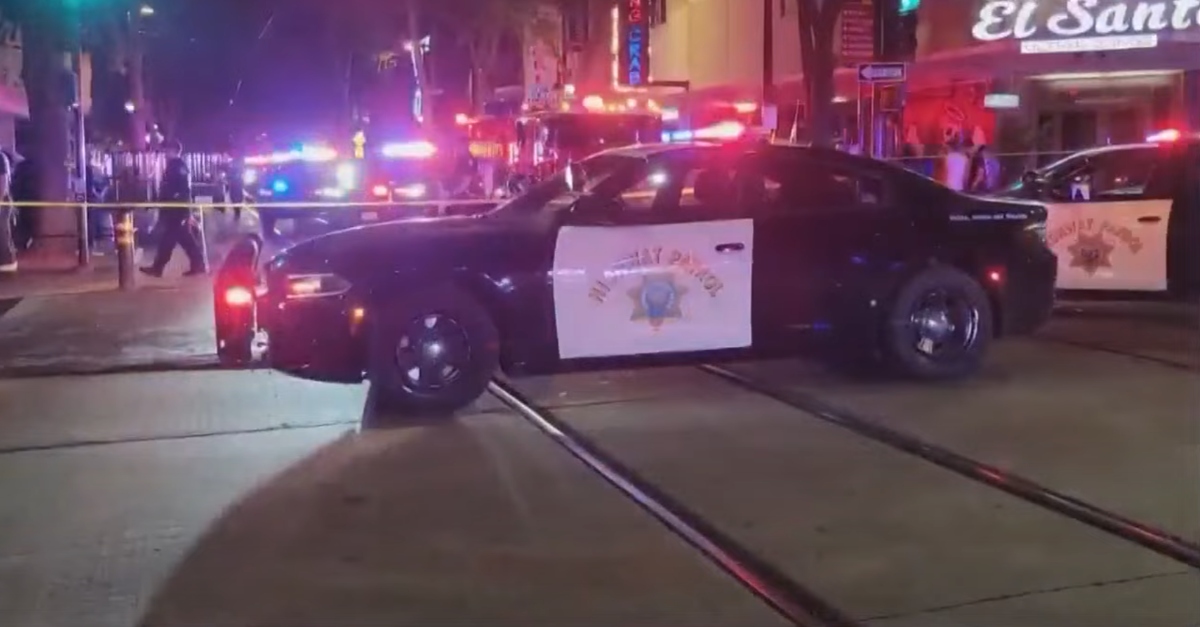 Sacramento police have arrested a man in connection with a mass shooting that took place over the weekend in the California’s capital.

Dandrae Martin, 26, was booked on charges of assault and illegal firearm possession, police said. Authorities did not say whether they know who killed six people in that shooting near the 1000 block of K Street.

Cops claimed to recover at least one handgun while executing search warrants in three local homes.

“During the preliminary processing of the scene, investigators located at least three buildings and three vehicles that had been struck by gunfire,” police said. “Additionally, investigators recovered over 100 expended shell casings at the scene.”

Cops have asked that anyone with pictures or videos around the shooting be sent to the department at this link, or the QR code in the tweet below.

We are aware of a social media video that appears to show an altercation that preceded the shooting. We encourage any community members with related video to follow the link/QR code below to submit the video to SPD. https://t.co/bQBuBtDM8m pic.twitter.com/pPdrHVkKuX

As Law&Crime previously reported, the scene was traumatic for victims and witnesses.

“The first thing I saw was like victims,” community activist Berry Accius told the Associated Press.

Accius said he arrived at the scene shortly after the shooting.

“I saw a young girl with a whole bunch of blood in her body, a girl taking off glass from her, a young girl screaming saying, ‘They killed my sister.’ A mother running up, ‘Where’s my son, has my son been shot?’ You know, commotion, trauma,” Accius said. “It’s just a lot of things that, you know, you don’t want to see.”

Sacramento City Council candidate Caity Maple created a GoFundMe campaign to raise funds for the victims and their families.

“100% of proceeds will be distributed to the victims & families of the mass shooting in Sacramento on April 3, 2022. At least 6 people are deceased and several more injured. We heartbroken by this senseless violence,” Maple said in a post. “This is being organized by the community and will go to victims once they are publicly identified.”