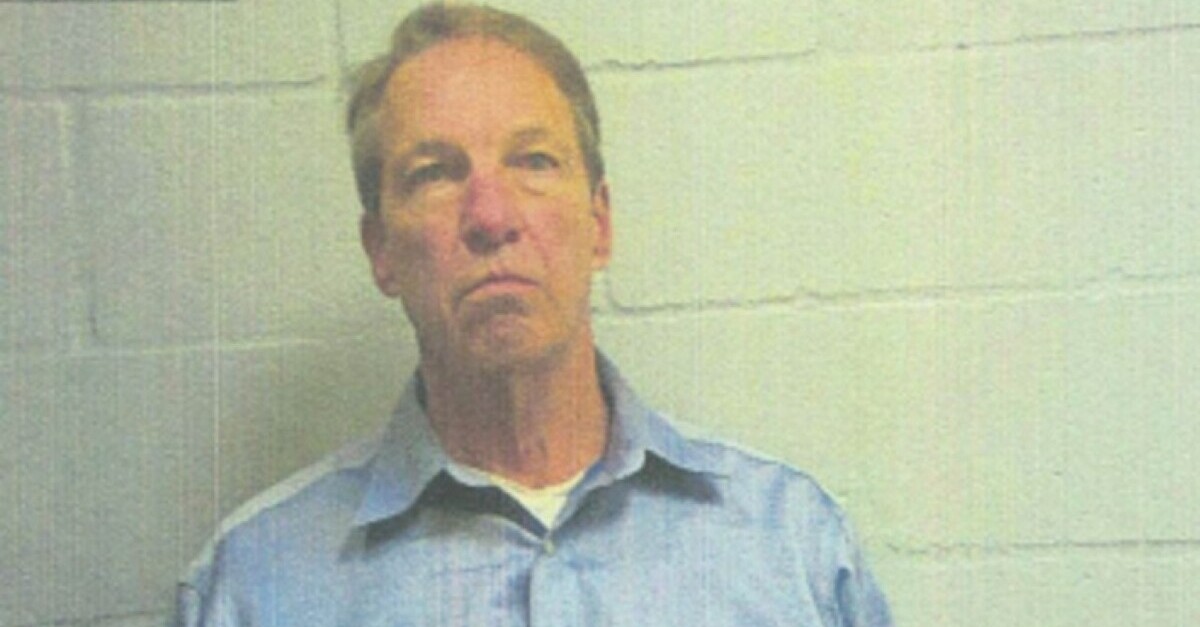 A man accused of a hit-and-run in a pontoon boat that struck and injured three children last week is also an attorney who prosecutes low-level crimes for a district attorney’s office in Louisiana.

Lafayette Parish Assistant District Attorney Chris Richard, 64, was arrested by Louisiana Department of Wildlife and Fisheries enforcement agents after turning himself in on Monday over the incident that occurred on the False River on Aug. 8.

According to witnesses cited by local ABC affiliate WBRZ, the party barge being driven by Richard struck the three children, aged 8, 11, and 14 while there were in a tube being pulled by another boat. Two of the children were hurt so badly that they had to be taken to a hospital–one of whom was transported by helicopter to Baton Rouge.

“The boat never even stopped,” witness Jeff Guidry told the outlet. “They full throttled never checked on the kids, and came ran all the way back here. They all jumped off the boat like they were going to the bathroom and hauled ass out of here.”

Pointe Coupee Parish Sheriff Rene Thibodeaux said the defendant did, however, initially get out of his boat in an effort to check on the children but then quickly got back into the 20-foot vessel, returned to his campsite and then headed back home to Carencro, La.

“There was a hang up there, I think that’s why it took so long,” the sheriff told local ABC affiliate KATC. “There was confusion – did he render any help to the kids, or just the two people he was pulling on his boat? A lot of people said, ‘Why did it take so long?’ I understand that. The end result, I felt, was coming.”

Guidry was one of those who wondered about the pace of the investigation.

“I have no idea how this guy is not in jail,” he said five days after the incident when Richard had already been identified. “It blows my mind.”

Others speculated that the LDFW might have slow-walked their efforts out of favoritism.

“I don’t understand that because they seem to police this place pretty well,” Tara Elwell, an attorney from Lafayette told WBRZ. “They are on and off the barges and are always here. To not follow through with an action does surprise me.”

Eventually, however, Richard was arrested after turning himself in.

Several local media outlets have asked Lafayette Parish District Attorney Don Landry about the possibility of the defendant’s continued employment. The office has been mum about that–citing the ongoing nature of the investigation.

Pointe Coupee residents and authorities have rallied around the nearly fatal tragedy as a rallying for better safety and perhaps even more laws along the river they love.

“For those of us who have been here, they probably had our first bath in that river,” Pointe Coupee Parish President Major Thibaut said during a recent local meeting. “A lot has changed and a lots has changed since the pandemic.”

The children who were injured have since been released from the hospital but the community remains concerned about their progress.

“He is still facing complications right now as a result of this accident,” Thibodeaux said, referring to the 8-year-old. “The other child had a bruised ankle, the third child had a few bruises.”

“Thank God there’s no fatalities, but one child is still facing some downtime and some injuries right now,” he added. “He could not feel his legs. That’s a scary moment for a child, the parents, and everyone else there.”

In addition to the hit-and-run offense, Richard was also charged with careless operation of a vessel and negligent injury. He was booked into the Pointe Coupee Parish Jail and has since posted bond.

If convicted as charged, the ADA faces over 10 years behind bars and a nearly $6,000 fine.