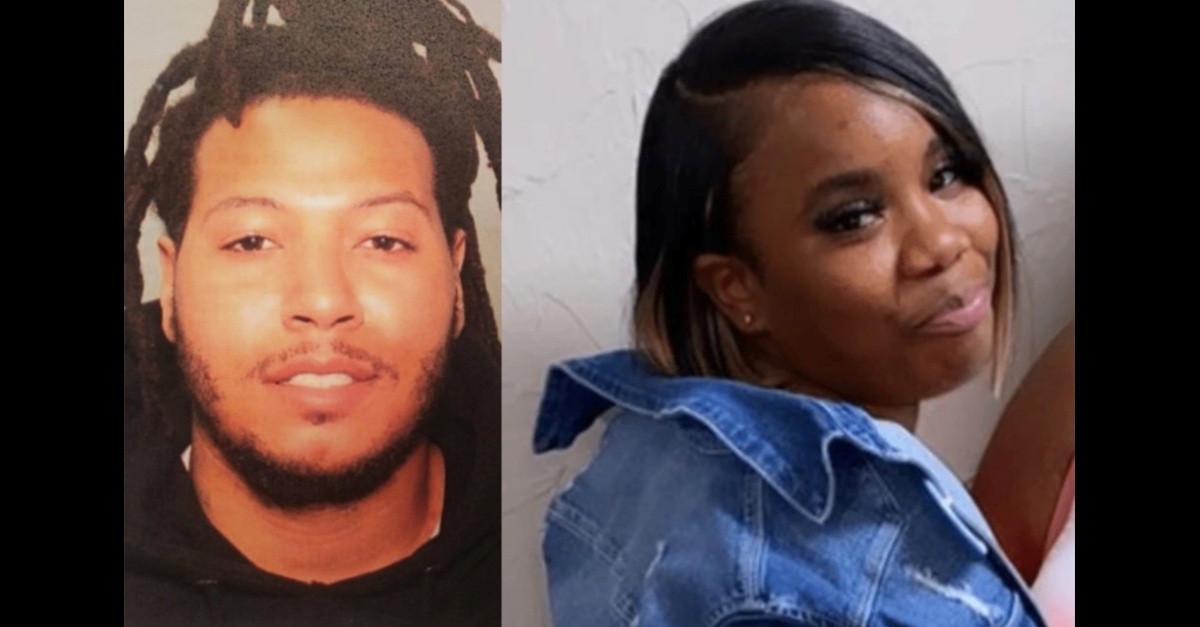 The burned-out home where authorities found a young woman murdered now lies demolished, but one man still remains at-large as prosecutors move forward on criminal cases against six other people. Authorities are still looking for Hakeem Ali-Shomo for his alleged role in Alishah Pointer‘s “horrific” murder.

Officials with the city of East Cleveland, Ohio, demolished the home on the 14500 block of Savannah Avenue on Saturday, according to WEWS-TV. It was there, police said, that they received a tip on Nov. 9 that Pointer, 22, was dead in the basement of a burned-out, abandoned house. She had been missing since Nov. 4, and family reported her missing the next day.

Law enforcement sources said that Pointer’s boyfriend was a suspect in killing Aminjas Shomo on Nov. 2, according to Cleveland.com. East Cleveland police chief Scott Gardner said that a group retaliated by kidnapping Pointer, driving her to several places, torturing her, then shooting her.

Anthony Bryant, Nathaniel Poke Jr., Brittany Smith, and Portia Williams were each indicted for kidnapping and aggravated murder, according to WKYC. Williams is also charged with having weapons under a disability. They have each reportedly pleaded not guilty. Indya Pauldo and a 17-year-old girl were previously arrested for kidnapping and aggravated murder. The 17-year-old is being prosecuted in juvenile court.

Cuyahoga County Prosecutor Michael O’Malley said his office is considering whether to seek the death penalty, according to Cleveland.com.

“There were plenty of opportunities for these people to reconsider what they were doing and for somebody to make the right decision and stop this,” he said. “This went on for hours, and this poor girl was tortured and brutalized. My thoughts and prayers are with her family and we will hold those individuals who have done this responsible.”

Ward 3 East Cleveland city councilman Ernest Smith said the home on Savannah Avenue was already set to be demolished, but authorities fast-tracked its destruction after Pointer died, according to WKYC. Alishah’s aunt Kathryn Pointer said she rallied the family to be at the demolition after getting a call about it. She wants to keep Alishah in the public spotlight.

“I said, ‘Be there, wear your shirts,’ because this is the reason why we’re here, because of my niece,” she said. “So we’re going to support her and let her name remain in everyone’s memory, even in their mouth.”

Cops say there is a $5,000 reward from the U.S. Marshals for information leading to Ali-Shomo, 30.

People can reach out to local and federal authorities. From East Cleveland police: