Army Sergeant Allegedly Murdered Pregnant Wife Who Was Due to Give Birth on Christmas, Then Died by Suicide 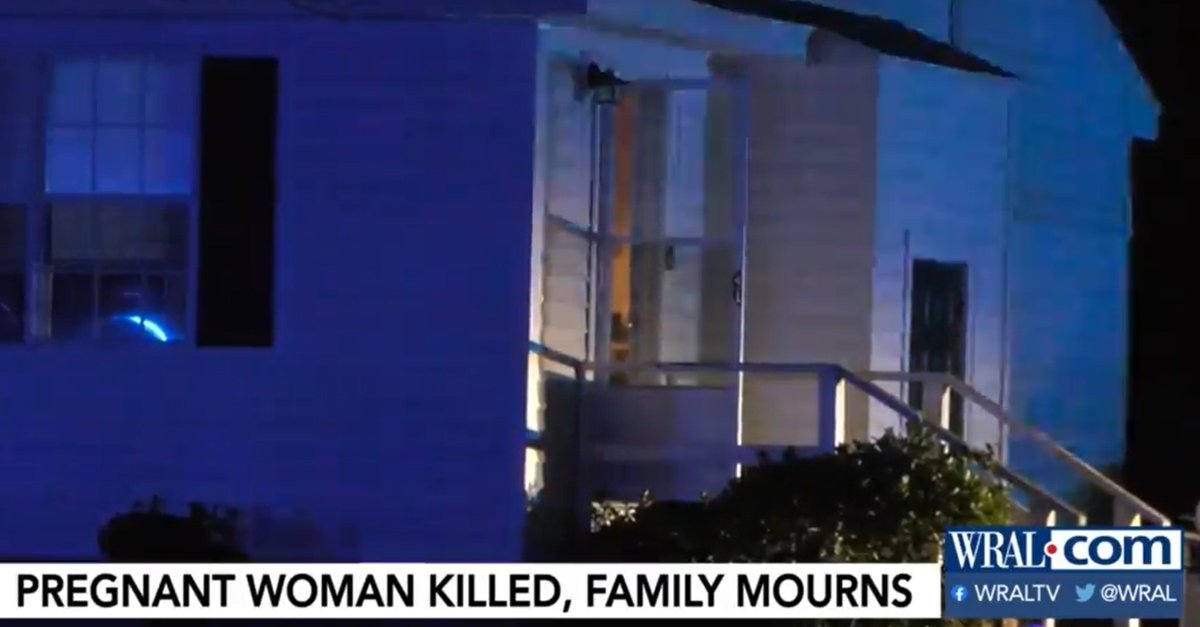 “She had a smile that would light up the room,” her aunt Tammy De Mirza told the NBC affiliate. “I can’t explain it. She was vivacious and fun and lighthearted and easygoing and really head and heart to be of service.”

34-year-old Sarah Lewis, who was due to have her fourth child on Christmas, was shot Sunday night at her home in Fayetteville, North Carolina. https://t.co/TPkUAQ8gwm

In 2016, SSG Keith Lewis was “arrested and charged” with assaulting a woman and assault by pointing a gun, according to a Fayetteville PD spokesman.

This weekend, he allegedly shot and killed his pregnant wife, and then died by suicide.https://t.co/4ZHD1bWYTf

Police said in a Fayetteville Observer report that they arrived at the 900 block of Willow Street, and found Sarah Lewis with multiple gunshot wounds. She died at the hospital. Police said that her husband was found dead at the scene from an apparently self-inflicted gunshot wound.

De Mirza said she had not been aware of domestic violence at the home until this incident.

She described another event “two-and-a-half years ago.” She said that Keith Lewis suffered from post-traumatic stress disorder.

“From what I understand, he drank, and when he drank, he lost it,” she said. “She’s on the floor in the den and she knew he was going for his gun in the bedroom and she did the exact same thing that happened this time…she ran out the front door.”

She said that when police arrived at the home, Keith Lewis was “sitting in the backyard with a rifle in his mouth ready to commit suicide.”

Police said they had been called to the couple’s house in 2016 regarding a domestic disturbance.

Army officials did not discuss how Sarah Lewis died in a statement expressing sadness at the couple’s death, according to Stars and Stripes. Keith Lewis had been with the 98th Civil Affairs Battalion.

“We are profoundly saddened at the tragic passing of Staff Sgt. and Mrs. Lewis,” Lt. Col. Mark Finnegan said. “Our soldiers and families are the bedrock of our unit and any loss deeply affects our formations.”

Sarah Lewis was due to give birth on Friday, Christmas Day, De Mirza said. The child, who was going to be named Isabella, did not survive. Sarah Lewis also had a six- and eight-year-old daughter from a previous relationship. Cops said that the victim’s 3-year-old daughter with Keith Lewis was not injured in the murder-suicide. De Mirza said that the child is now with Sarah Lewis’ father.